Review: Disappearance At Clifton Hill is a sensational neo-noir 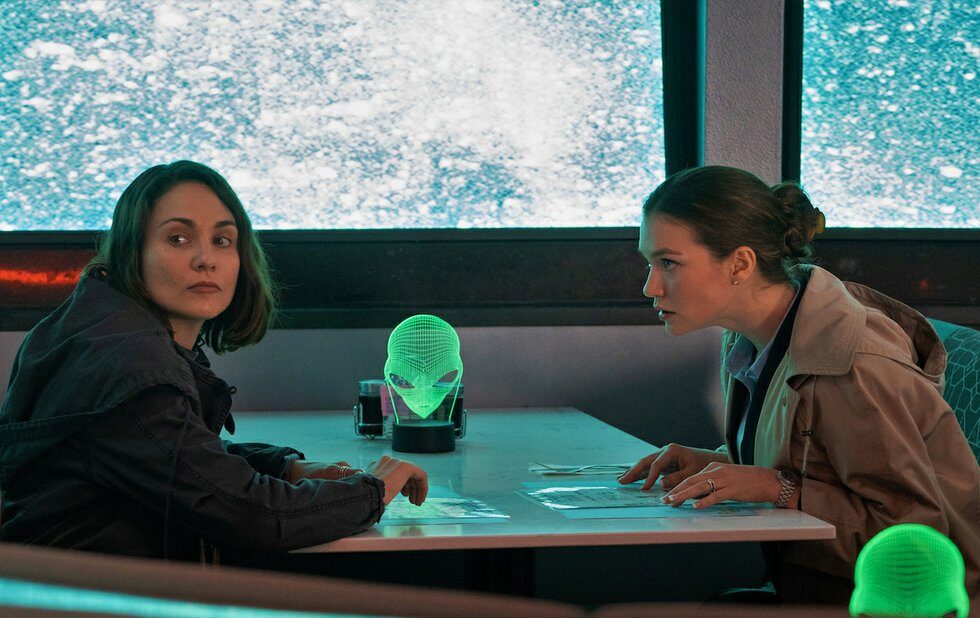 Disappearance At Clifton Hill takes place in Niagara Falls during the border town’s chilly off-season. The characters exist somewhere between the natural wonder and the titular tourist trap across from it, where businesses compete for attention with flashy and soulless gimmicks.

That setting, filled with gaudy neon lights, dingy diners, shadowy alleys and general David Lynch vibes, is what actor Hannah Gross described in an interview with NOW last fall as a “stark and confusing example of the human condition.” It’s why Niagara Falls is the perfect place for Albert Shin’s weird and shamelessly sensational neo-noir, which he co-wrote with James Schultz.

Tuppence Middleton (Sense8, Downton Abbey) stars as Abby, a woman haunted by a childhood memory. That memory actually belongs to Shin, who recreates it in a menacing prologue: a boy wearing an eye-patch is abducted and thrown into a car trunk. Abby is the only witness.

In the years since, Abby moves away and earns a reputation as a pathological liar. When she returns to keep the family motel from being turned into a glow-in-the-dark mini putt, she decides to investigate the kidnapping. The trail of clues point to the powerful people who built and operate the casinos and circus tents on Clifton Hill.

Abby isn’t an especially well-drawn character but she’s a magnetic presence thanks to how much Middleton pulls off with so little. Her performance suggests more depth than what’s spelled out in the dialogue. Much of the movie’s pleasures are in Abby’s alternatively curious and hostile interactions with her sister (Gross), a local cop (Andy McQueen), Marie-Josée Croze’s deliciously over-the-top circus performer Mrs. Moulin and David Cronenberg’s Walter, a podcaster who trades in Niagara scandals. The latter makes an amusingly weird and yet appropriately grand entrance, literally emerging from a river filled with dreck tossed over the Falls.

Shin shows a clear admiration for his actors. His scenes don’t feel all that concerned with pursuing answers or advancing the plot. Instead  the movie relishes how the actors play off the dark, moody and comical atmospherics, while digging into Niagara’s history and lore: from the intriguing dynastic families who run the place (think mysteriously murdered baron Sir Harry Oakes) to the carnivalesque showmen who trade in illusions and the Falls themselves, which have a tendency to swallow lives and secrets.

The movie only feels compromised by a pat finale, which comes up with tidy answers and resolutions when none were needed. Toss them into Niagara’s deep, dark undercurrents as well.