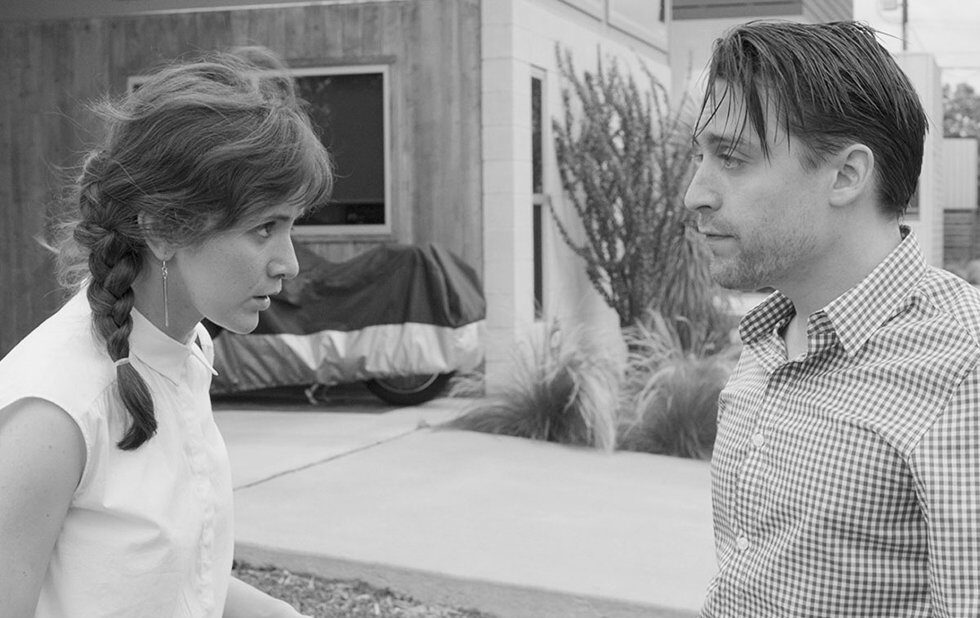 Infinity Baby is set in a near-future Los Angeles where science has produced about a thousand babies who don’t age, allowing women to adopt an infant who will always depend on them, rarely cry and only fill its diaper once a week.

This is the stuff of compelling speculative fiction – or at least it could be – but screenwriter Onur Tukel (Catfight) and director Bob Byington are more interested in the activities of the men who market this breakthrough.

And so we meet dead-eyed singleton Ben (Kieran Culkin), who’s not putting too much effort into anything lately, and mopey couple Malcolm (Martin Starr) and Larry (Kevin Corrigan), who’ve been having trouble closing their current deal. They wander around listlessly through a series of awkward conversations, only some of which revolve around their cooing products.

After the minor-key absurdism of Somebody Up There Likes Me and 7 Chinese Brothers, director Byington has clearly found his niche, and the cast – which also includes Nick Offerman, Megan Mullally and Stephen Root – gives him exactly what he’s asking for. Other than Trieste Kelly Dunn, who has fun as Ben’s lively new girlfriend, everyone just seems kind of irritable, snapping off their lines in a way that’s supposed to suggest comic tension but just doesn’t amount to very much.

In the end, Infinity Baby plays more like a proof-of-concept exercise than a finished film. This may be entirely intentional, given the arrested-development gimmick at its core, or it might just be the result of a film that got away from the people making it.

Whatever the cause, it’s unsatisfying.