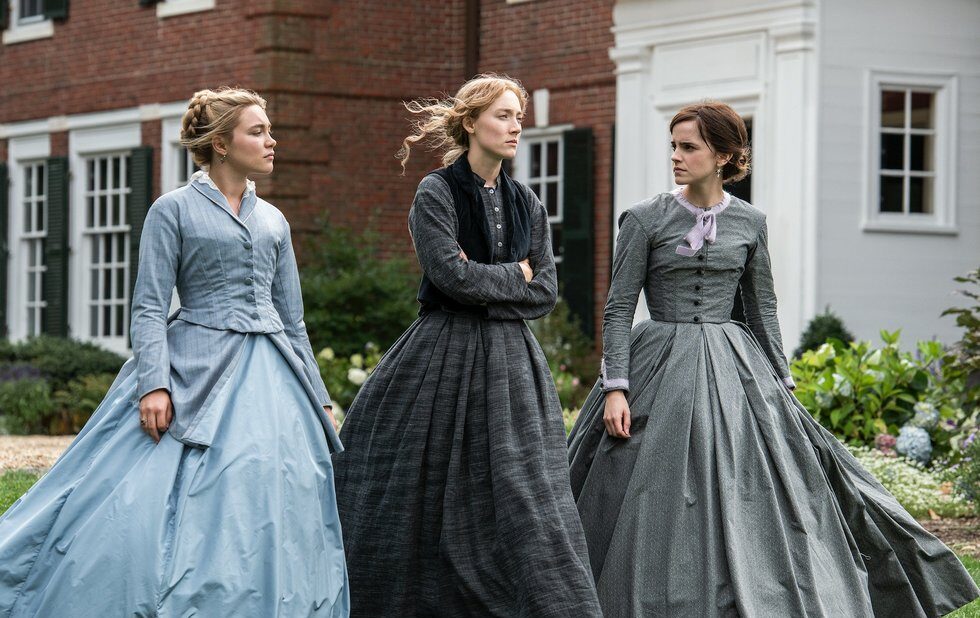 All I want for Christmas is an anti-Little Women backlash.

Greta Gerwig’s excellent second feature was snubbed by both the Golden Globes and the Screen Actors Guild nominations in major categories: no director or screenplay nods from the former, nothing at all from the latter.

The ensuing outcry – especially over the director category, which was all male, despite great work by Gerwig, Lulu Wang (The Farewell) and Marielle Heller (A Beautiful Day In The Neighborhood), among others – could mean Oscar voters rally behind it when they cast their ballots in early 2020. Let’s hope so.

Upon first glance, Gerwig’s film might seem like just another generic costume drama – and yet another adaptation of the much-filmed Louisa May Alcott novel. It’s anything but.

Recognizing that the novel’s Jo March (Saoirse Ronan) is herself an aspiring writer, Gerwig has made the movie self-reflexive, bookending the narrative to tell the tale about how Little Women itself was published.

She also plays around with chronology so that we see the March siblings – Jo, aspiring artist Amy (Florence Pugh), homemaker Meg (Emma Watson) and introverted, piano-playing Beth (Eliza Scanlen) – as adults before we see them as children.

Gradually, through deft, psychologically weighty flashbacks that feel true to the way memories work, we get the story we know so well about the siblings’ attempts to forge identities while being raised by their tireless mother, Marmee (Laura Dern), as their father (Bob Odenkirk) is away fighting in the Civil War.

What emerges isn’t a cozy, sentimental movie about the Sisterhood Of The Travelling Petticoats (although both the costumes and cinematography are impeccable), but a fierce, angry look at the constraints on women during Alcott’s era – and, of course, our own.

It’s there in Meg’s frustrating realization that marriage is essentially an economic pact – she’s been tutored well by her well-to-do, jaded aunt (Meryl Streep) – and it’s there in Marmee’s shocking mid-film statement, “I’m angry nearly every day of my life,” a line that resonates through the rest of the picture.

But of course it’s mostly there in Jo’s need for independence and freedom – both emotionally and artistically. Ronan harnesses the same energy and wild recklessness she displayed in Gerwig’s Lady Bird. She has a fun, playful rapport with the family’s wealthy, if aimless, neighbour, Laurie (Timothée Chalamet), but she’s smart enough to see that they’re not right for each other.

Besides, this is definitely a Bechdel-tested film. The men aren’t the point of the story – unless they’re in the way of a character getting what she wants. It’s the relationships among the women – especially Jo and Amy, so entertainingly captured by Pugh in the film’s juiciest performance – that we care about.

And there’s nothing little about that.