NOW MagazineMovies & TVReviewsReview: Standing Up, Falling Down is a sweet drama about failure

Review: Standing Up, Falling Down is a sweet drama about failure 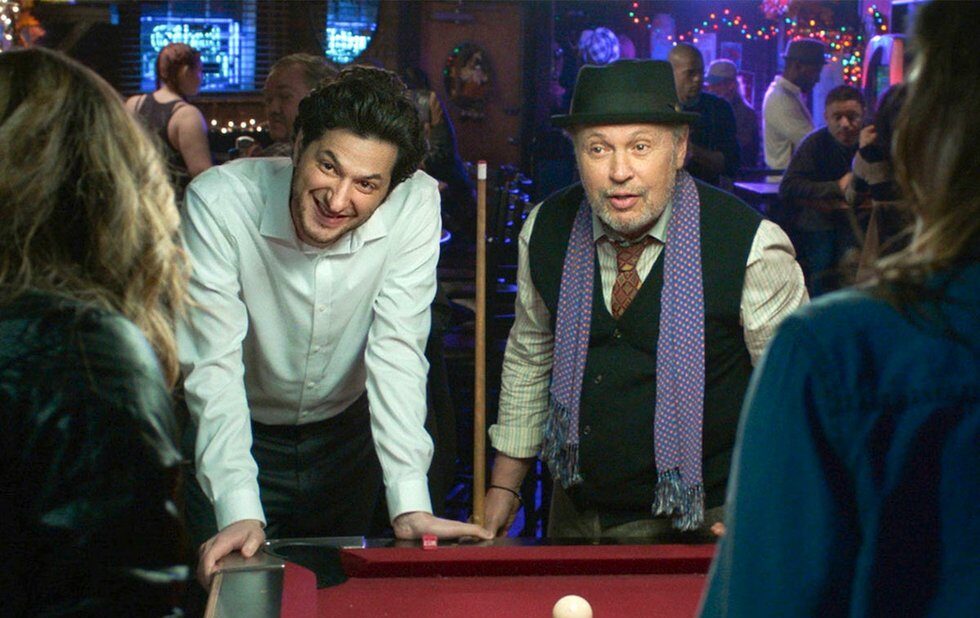 Matt Ratner’s first feature is all of those stories. Dramatically, Peter Hoare’s screenplay is a little on the basic side, leaning on stock characters and familiar conflicts. But the execution is sound and it kinda works. Go figure.

Standing Up, Falling Down is a surprisingly sweet drama about accepting failure, and I never thought I’d have said that about a movie starring Billy Crystal as a dispenser of hard-won wisdom. Crystal’s spent the last couple of decades being twinkly, and I wasn’t expecting much when I heard he was playing Marty, the alcoholic small-town dermatologist who befriends lost soul Scott, the burnt-out stand-up comic played by Ben Schwartz.

Schwartz I was looking forward to his goofball timing is always entertaining, and it gives his rare dramatic performances an unpredictable charge. Crystal sounded more like stunt casting, especially when his character turns out to love baseball and jazz, two things the erstwhile Oscar host has welded to his public persona.

But Crystal can act when he wants to, and he’s sharp enough to use his ingratiating, slightly desperate persona against himself here – to undercut his charisma with raw need. The self-deprecating jokes come a little too quickly the sideways glances to make sure people are listening are a little too obvious. It’s like the old acting trick of playing drunk by showing your character pretending to be sober: Marty is trying a little too hard to seem happy.

Crystal and Schwartz (who’s also the voice of Sonic The Hedgehog in that movie) have a comfortably prickly chemistry, needling each other like the pros they are, but there are also moments when the movie lets us understand why these two completely different people might connect: they have the same instincts, but also the same perspective. And there’s something missing from each of their lives that the other might provide, along with the convenience of a drinking buddy.

Ratner doesn’t expect his leads to carry the film themselves, assembling a great cast of interesting actors: Grace Gummer matches Schwartz’s energy as Scott’s sister, The Umbrella Academy’s David Castañeda is a lot of fun as her security guard boyfriend, Chicago Fire’s Eloise Mumford underplays frustration nicely as the girl Scott left behind and Nate Corddry is all reflexive anger as Marty’s estranged son.

You won’t be surprised by anything that happens, but then it isn’t that kind of movie it’s the kind of movie you stumble across on Netflix or Crave and wonder how you missed it the first time around. So maybe don’t miss it.