Review: Spice It Up is a weird yet moving Toronto-film-scene project

Self-reflexive movie about the terror of showing your art to other people is different, strange and funny 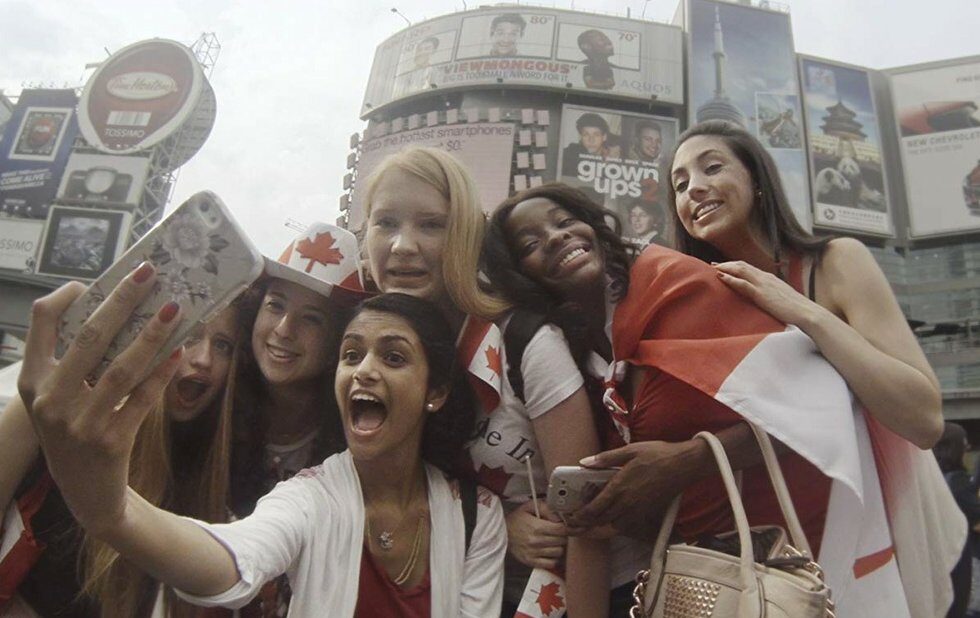 The goal was to make a lo-fi version of Bring It On, but it didn’t come together. The footage sat around for years while Thomas and the Lewises tried to make it work eventually they drifted off to other projects, and finally hit upon the idea of repurposing the footage for a new project about a film student trying to finish her movie. A new wraparound story was shot in 2018, and now Spice It Up is something else entirely – something new, different and strange. It’s also funny, which is nice.

Version 2.0 of Spice It Up is a weird little comedy about buried feelings, personal statements and the terror of showing your art to other people. The film student is Rene (Jennifer Hardy CK), who’s struggling to understand why no one likes her thesis project, a GoPro movie about seven teenage girls who flunk a high school dance class and collectively decided to join the Canadian Armed Forces instead of going to summer school. There’s a simple reason: the film is incomprehensible, but Rene refuses to accept that she made the movie she wanted to make, and she thinks it’s good, so why doesn’t anyone else?

After her advisor (film critic Adam Nayman, perfectly disengaged) suggests she recut it to focus on the story, Rene holes up in a friend’s condo with her MacBook and a projector to rework the footage. That doesn’t go terribly well, either.

I have no illusions about Spice It Up. It’s the ultimate inside-baseball Toronto-film-scene movie, with a cast made up of local critics and filmmakers: in addition to Hardy CK (who is a director and an animator in addition to being an actor) and Nayman, directors Albert Shin, Igor Drljaca, Sophy Romvari and Matt Johnson turn up in small roles, and critic Calum Marsh can be glimpsed as a very unconvincing CSIS operative.

Much of Rene’s movie feels like the half-assed improvisation that it is. A key sequence involving the FLQ makes absolutely no sense, given the ages of both the characters and the cast. And I have no idea who the audience is for the project, beyond friends of the filmmakers. (Which includes me, I guess.)

But there’s something real at the core of Spice It Up. Thomas and the Lewises understand the loneliness of moviemaking, the weird challenge of trying to get a roomful of people to understand the thing you’ve been gestating in your head and heart, alone, for months of years.

Rene’s struggle to make herself understood through her incomprehensible art is moving, in its awkward way, and it stayed with me for a good long while after the credits rolled. Maybe it’ll work for you, too.