NOW MagazineMovies & TVNews & FeaturesTIFF review: Get The Hell Out feels like the ghost of Midnight Madness past

TIFF review: Get The Hell Out feels like the ghost of Midnight Madness past

In the before-times, Wang I-Fan's splattery zombie comedy would have been a late-night smash. Now it feels like a relic 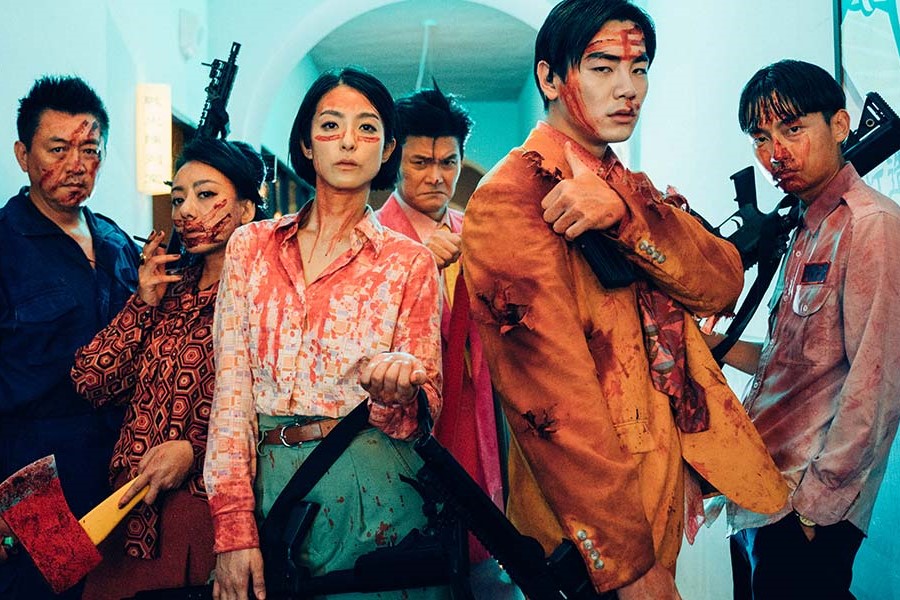 Megan Lai (centre) and Bruce Ho (right) prepare for battle in Get The Hell Out.

In a normal year, Get The Hell Out would have been a really fun Midnight Madness experience. Wang I-Fan’s frenzied horror-comedy – which takes place almost entirely inside Taiwan’s parliament, where the already fractious atmosphere is amplifed and aggravated by the outbreak of a zombie virus – is wall-to-wall slapstick and splatter, with political rivals running down hallways screaming insults at each other while ravenous hordes of infected shamble all around them.

Doing their best to stay alive in the chaos are parliamentary member Hsiung (Megan Lai), a young reformer who ran for office to shut down a toxic industrial project – only to be thwarted by a corrupt colleague – and Wang (Bruce Ho), the milquetoast security guard who carries a torch for her, but also has a blood disorder that leads to a lot of comedy fainting. A number of other characters – including the aforementioned colleague (Wang Chung-wang) – pinwheel around them as the virus spreads, the building is quarantined and the clock starts ticking towards total annihilation.

It’s goofy, and the satire is paper-thin, but it’s messy and busy and loud, and the Midnight faithful would have had a blast – especially if this film had screened fairly late into the festival, at that sweet spot when everyone’s giddy and exhausted from six or seven late nights and ready for something that doesn’t ask much more than sheer enjoyment. But in 2020, where it’s medically inadvisable to raise one’s voice – let alone cheer lustily at a particularly wild stunt or special effect – Get The Hell Out also feels like a weird outlier, a relic from the before-times.

It’s like a visit from the ghost of Midnight Madness past. And removed from the raucous festival experience, there’s just not much of a movie here; the comedy is awfully broad, the performances are so keyed up they’re almost exhausting, and the plot little more than an excuse for mayhem.

Which reminds me: Joe Lynch’s 2017 Mayhem had a lot more fun with a similar premise. Maybe watch that instead.