Atom Egoyan's melodrama features an inspired conceit and a good central performance by David Thewlis, but it's all eclipsed by heavy-handed excess 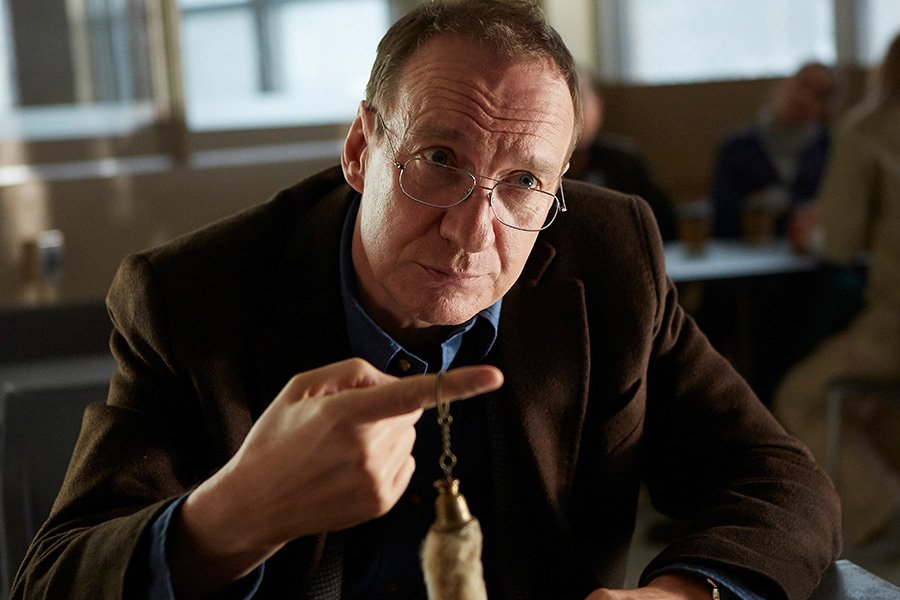 Egoyan’s melodrama about a tortured father-daughter relationship has an inspired conceit at its core. David Thewlis plays Jim, a food safety inspector who doles out green, yellow and red signs similar to Toronto’s DineSafe program. In a comic opening montage, he visits a diverse array of immigrant-run establishments, sometimes ending up in battles of wits with intrepid proprietors who prove quite tenacious when it comes to evading closure.

That public health plot is but one in this multi-layered film full of mystery, symbolism and interlocking timelines.

Jim is grieving his late wife and trying to reach out to his daughter Veronica (Laysla De Oliveira), a former high-school band conductor who is in prison and is apparently content to be there. Their estrangement stems from her childhood experiences taking private glass harmonica lessons(!), but the complicated non-love triangle that landed her behind bars didn’t exactly help matters. All of this is actually recounted in flashbacks and narrated by Veronica, post-release from prison, as she sits for confessional-like interview with a sexy priest (Luke Wilson) following Jim’s death.

The most expository and device-y characters can add a lot to a melodrama with great writing and acting (see: Egoyan’s wife and regular Arsinée Khanjian in a supporting role as a shrewd restauranteur), but there’s so much heavy-handed music, colour treatment and washed-out stylization that what’s good about Guest Of Honour is frequently eclipsed by what’s not good.

There are themes around bureaucracy vs. artistry, coping with grief and reassessing memories. Egoyan’s script smartly emphasizes character over plot as the film builds to revelatory scenes, but is too uneven to feel satisfying in the end.