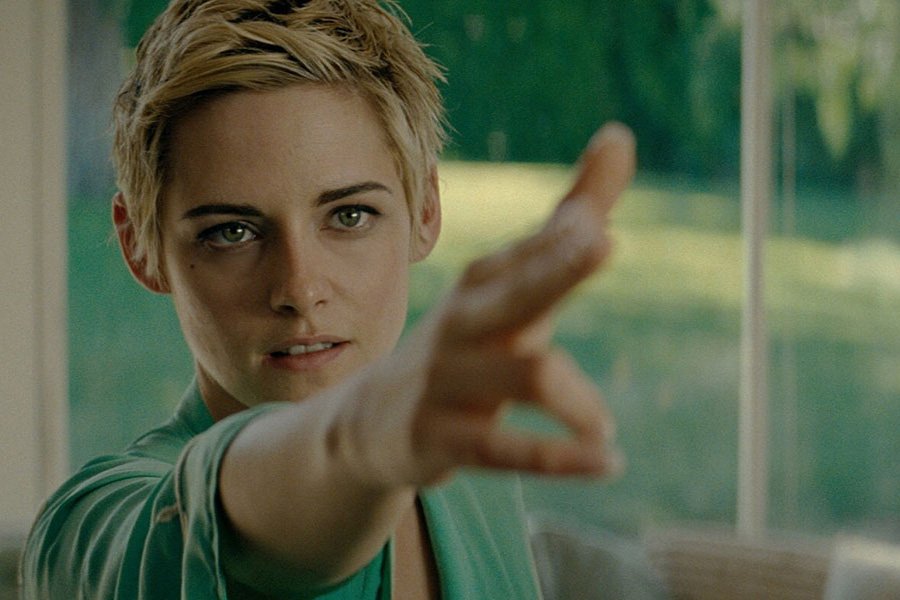 There might be one name in the title but this lean surveillance thriller is about two people: Jean Seberg, an actor from the American Midwest who became iconic in world cinema for her role in Godard’s Breathless, and Jack Soloman, a fictionalized FBI agent who is spying on her.

By opening with a recreation of Seberg’s death scene from Otto Preminger’s 1957 film Saint Joan, director Andrews positions his titular subject as modern version of Joan of Arc – a heretic in the eyes of Hoover’s FBI for using her celebrity to support civil rights groups, including the Black Panthers.

The first half of the film is set in the late 60s and follows Jean (Kristen Stewart) as she meets and begins an affair with Panther activist Hakim Jamal (Anthony Mackie) that attracts the attention of WASP-y undercover agents Jack (Jack O’Connell) and Carl (Vince Vaughn). Self-assured, beautiful and rich, Jean cuts cheques and volunteers at a Panther-run school, blithely unaware of the repercussions that await. When the FBI exploits the affair to sow discord among the Panthers, and between Hakim and his wife Dorothy (Zazie Beetz), thorny questions are raised around white allyship and privilege in the context of the American surveillance state.

The second half subsumes those themes into standard cat-and-mouse thriller dynamics as Jean becomes aware she is being watched and the FBI hatches a plan to tarnish her public reputation. Simultaneously, Jack grows conflicted, which in turn effects his relationship with his progressive-minded wife Linette (Margaret Qualley) in Seberg’s most undercooked subplot.

The decision to parallel Jack and Jean isn’t bad, per se, but his character amounts to little more than a one-dimensional representative for WASP culture. His moral position is never really in question since he is constantly contrasted against the simplistically conniving Carl. He also saps screen time from the more interesting Hakim, Dorothy and Romain Gary (Yvan Attal), Jean’s French husband. Whenever it seems like an exchange is about to delve into Jean’s politics more deeply, Andrews cuts away to keep things moving.

Perfectly cast, Stewart does a good job of adding nuance to her character’s transition from determined activist to suicidal wreck, despite the script’s pithy soap-opera dialogue. Lines like “The revolution needs more stars!” raise and discard major thematic ideas in a single breath.

Seberg’s story is hugely dramatic, infuriating and timely – well worth a screen adaptation – but we only get superficial insights into its subject, her cinematic accomplishments, the experiences that shaped her politics and the movements she aligned with.