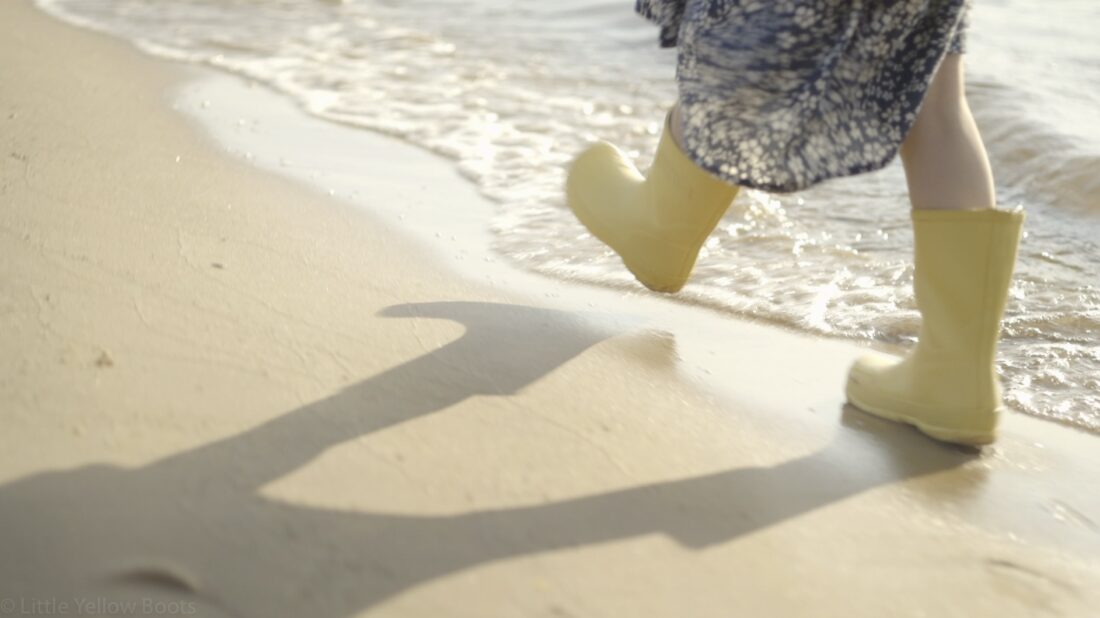 Little Yellow Boots opens with two cyclists pedalling down a dreamy, tree-lined street. Next, a man strolls leisurely beside an overpass in Manhattan, followed by a still of a suburban sidewalk hedged with grass. Through each image runs a transparent line of digitized water. The water line marks where the earth’s tides are projected to reach in 2060, the year filmmaker John Webster hopes his great grandchild will live in.

“If there’s anything I want to tell you,” Webster says in the film’s narration over a shot of the sea floor, “it’s that I thought about you and the world you will live in.”

Reimagined as a virtual film festival running November 4 to 8 following Water Docs’ postponement due to the pandemic this past March, the festival will premiere Little Yellow Boots and several other water-related documentary features and shorts that focus on water – its relationship to us, the earth, and the future.

Water Docs Online runs for five days – general admission is $12 and a festival pass for access to all the films is only $40. The screenings include Q&A sessions with filmmakers, newsmakers, experts and advocates.

Water Docs is presented by Ecologos, a charitable organization that has provided environmental action programs to Toronto since 1999. Its volunteers believe in facilitating connections to nature through experiential learning and art, rather than the fear-driven or nihilistic attitudes often present in climate discourse.

Ecologos founder Stan Gibson was taken by Greta Thunberg’s pleas last year and felt a renewed sense of creative reflection as Water Docs – and the world – came to a halt  earlier this spring.

“Thunberg and her young ones leveraged everything they could muster and amazingly moved the dial on public insistence that real action on climate change be taken,” he recalls.

“Then came COVID-19 and the global pause, which had so many mulling over where in the world we go from here,” says Gibson. “It seems that now is the time to envision a new future while degrees of the pause lasts.”

Little Yellow Boots screens in a double feature with The Condor & The Eagle, a touching story of four Indigenous leaders from North and South America and their respective solidarity in the face of colonialism and eco-fascism.

These and other Water Docs films depict the power, majesty and frailty of water while asking hard questions. The films dive deep into human justice and our relationship with the Earth, with each other and all people, and with animals, land, sky and water.

“Greta asked all the rest of us to emulate what the young ones did in our own way,” says Gibson. “Water Docs’ mission is to connect audiences with a spirit of water’s sacredness and now more than ever we can tap that sacredness to guide our creation of a new, more just, future. To echo John Webster’s sentiment, ‘We’re thinking about the world the young ones will live in.”