What to watch on Netflix Canada in October 2021

Including The Guilty, Another Life, Locke & Key, Baking Impossible and You season 3 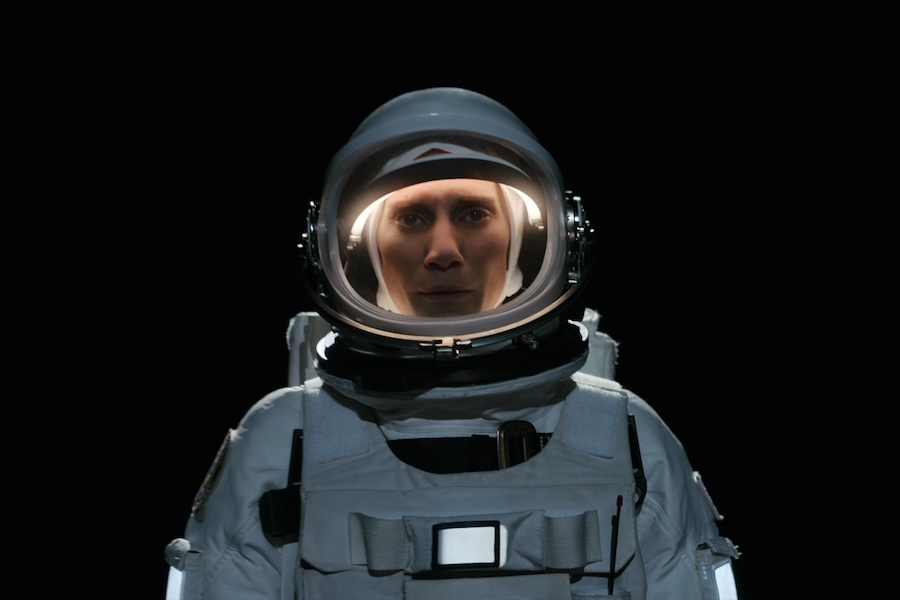 It’s been more than two years since the first season of Aaron Martin’s goofy sci-fi adventure starring Battlestar Galactica’s Katee Sackhoff as the commander of a dangerous deep-space mission to contact the extraterrestrial culture that sent a mysterious artifact to Earth. At long last, we’re going to get answers to lingering questions like “What do the aliens want?”, “How does the human race benefit from any of this?” and  “What hasn’t gone wrong on the Salvare yet?” Time to find out. October 14

If you’ve enjoyed the pastry disasters of Nailed It! but found yourself wondering what it would be like if the show rooted for triumph rather than tragedy, Netflix has you covered with this new competition show in which gifted bakers are paired with engineers to create complex, structurally sound desserts – such as “an edible skyscraper that must withstand a simulated quake.” Does one use fondant for that? It seems like one should use fondant. October 6

The latest from Peruvian filmmaker Claudia Llosa (the Oscar-nominated drama The Milk Of Sorrow, the Jennifer Connelly/Cillian Murphy drama Aloft) is another film about troubled motherhood, adapted with Samanta Schweblin from her 2014 novel. María Valverde stars as Amanda, a Spanish woman who brings her daughter to her father’s beloved Argentina – and meets another woman (Dolores Fonzi) with a troubled tween son (Emilio Vodanovich). Or is it really the mom who’s troubled? Or is something else going on entirely? It’s the spooky season, after all. October 14

Fans of the convoluted conspiracies and cracked perspective of Alex Hirsch’s Gravity Falls will want to check out this animated series from by Shion Takeuchi, a writer on that show who’s enlisted Hirsch as an executive producer here. The story follows the foolishness at Cognito Inc, a D.C. company that performs essential tasks like replacing the President with a robot. (You know, for efficiency.) The voice cast includes Lizzy Caplan, Clark Gregg and Tisha Campbell, Bobby Lee, Andy Daly, John DiMaggio, Brett Gelman and Mr. Robot himself, Christian Slater. So, yes, it’s definitely self-aware. October 22

Reimagining Joe Hill and Gabriel Rodriguez’s relentlessly grim comics as a teen-friendly spookhouse series turned out to be a pretty smart move for Netflix and developers Carlton Cuse and Meredith Averill, with Connor Jessup, Emilia Jones and Jackson Robert Scott playing three siblings who move with their mom (Darby Stanchfield) to their late father’s home, and discover magical keys hidden around the property that unlock all sorts of things. The first season managed to balance supernatural adventure with some quietly moving emotional stories; let’s see where the show goes next. October 22

Twenty-five years after her death, the late Princess of Wales is hotter than ever. The Crown season featuring her just cleaned up at the Emmys, and the arty Pablo Lorraín film opens soon after wowing the festival circuit. And then there’s this full-length musical, which was set to open on Broadway in March 2020, but of course had to be postponed because of the pandemic. Netflix viewers get to watch this version – filmed on Broadway – before the live show officially premieres in November. Look for Toronto’s own Bruce Dow in the cast. October 1

Another series that received a splashy launch at TIFF, Ava DuVernay’s hybrid documentary series tackles the future football activist’s high-school years, with Jaden Michael playing the young Colin. The real Kaepernick is here as co-creator, executive producer and narrator, so it’ll be interesting to see how authentic the show is to its subject’s lived experience. October 29

True crime docs are hugely popular, and so are sports docs. So why not produce a documentary series that combines both sports and crime? Among the stories covered are the 2002 Winter Olympics figure skating scandal, which caused changes to the judging system and the story of race car driver Randy Lanier, who was involved in a $68 million marijuana drug ring. October 6

Jake Gyllenhaal does some furious face acting as a 911 operator who tries to save a woman who’s been abducted and is trapped in a van driving around Southern California. Antoine Fuqua directs the single-location thriller adapted from the 2018 Danish hit. Read our review here. October 1

While we wait for the second season of the U.S. version of the reality dating show in which singles get to know each other and possibly fall in love and get engaged – all without seeing each other face to face – we’ll have to make do with the Brazil version. Although presented in Portuguese with subtitles, you should be able to study the contestants’ body language to see if they’re really apaixonado. October 6

The darkly funny series based on Caroline Kepnes’ novels catches up with serial killer Joe and his wife, named Love, as they move to Northern California, raise their baby and try to fit in among the wealthy tech entrepreneurs and entitled mommy bloggers. October 15

The full list of new titles available on Netflix Canada in October 2021 by date:

Mighty Express (season 5)
The Movies That Made Us (season 3)

The Blacklist (season 8)
Love Is Blind: Brazil
Reflection Of You

My Brother, My Sister
Pokemon The Movie: Secrets Of The Jungle

One Night In Paris

In For A Murder / W Jak Morderstwo

Hypnotic
Nobody Sleeps In The Woods Tonight (Part 2)