The adventurous Harlem rapper gets introspective on his third album, but style eclipses substance 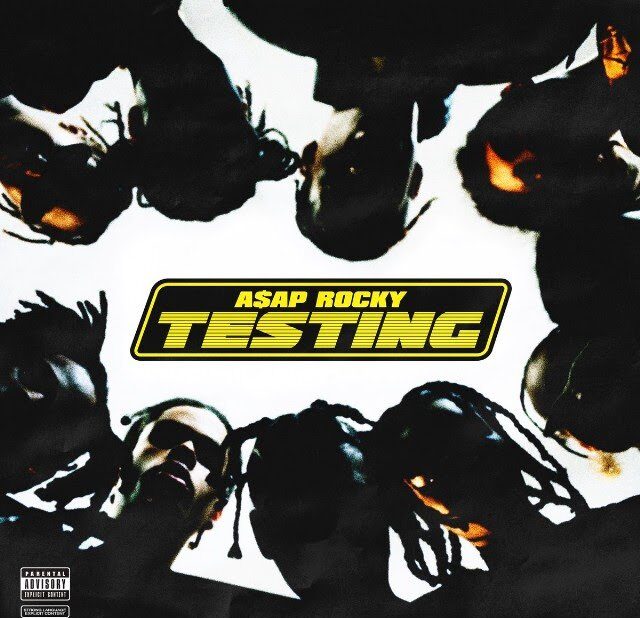 A$AP Rocky has superstar charisma but often seems more comfortable surrounded by his A$AP Mob crew. That’s sometimes the case at his live shows, and it’s also the case on his third studio album and first produced without close creative collaborator A$AP Yams, who died in 2015. Rocky seems to be putting himself out there a bit more – but not all the way.

Testing’s title might suggest experimentation, but it delivers more on tentativeness, with a smattering of solid songs mixed into aesthetically interesting but unresolved experiments.

There’s a nostalgic vibe that’s first established on A$AP Forever Remix, with its heavy sampling of Moby’s Porcelain. That song’s reversed string riff was ubiquitous at the turn of the century, soundtracking TV spots and movie trailers when licensing was still tantamount to selling out, but it’s been long enough that it’s nice to hear it flipped into an energetic, summer-appropriate posse cut featuring solid guest turns by T.I. and Kid Cudi.

A couple of other bangers stand out: the appropriately rounded beat on Buck Shots (featuring proteges Playboi Carti and Smooky MarGielaa) and the clanging Tony Tone featuring ad-libs by Diddy. The latter includes an extended interlude in which an unnamed woman shuts down Rocky’s casual sexism. Is he toning down the male bravado? Not really. It’s more satirical than sincere (“I would say suck my dick / but that’s sexual harassment”). The only prominent female guest on this guest-heavy album is a memorable one, though: FKA twigs adds some twisted ethereal vibes on Fukk Sleep.

Yams was a big proponent of Memphis rap and other southern hip-hop sounds that set Rocky apart from his NYC counterparts when he landed a major label deal off his debut mixtape in 2011. The south remains a big influence on Testing, particularly the low-slung, come-up song OG Beeper. It has a nice vibe and typifies the album’s introspective tone, but there’s a nagging sense Rocky could push further in all directions.

Fukk Sleep and the meandering, King Krule-esque CALLDROPS hint at what’s to come in the latter half. Rocky seems to be reflecting on formative years on dirge-y ballad Kids Turned Out Fine and Dev Hynes-featuring ode to Harlem, Hun43rd. Pitch-shifted vocals drop in and out as beats slow down and speed up as if Rocky is drifting in and out of consciousness. Changes slows things down even further, as Rocky recounts a past relationship in a near spoken-word cadence over a looping guitar riff and sighing backing vocals.

There’s something bewitching about this free-form section of Testing, but there’s still that feeling Rocky’s stylistic adventurousness – however appealing – is overwhelming lyrics and flows that aren’t as ambitious as the production. The album follows on the heels of his former tourmate Tyler, The Creator’s success with Flower Boy. That album was similarly unpredictable, absorbing myriad influences while grappling with insecurities and aggression in funny and heartfelt ways. (It also helped Tyler reach a bigger audience.)

It’s not clear what’s sent Rocky into nostalgic mode. He’s reminiscing about growing up and failed relationships. Black Tux, White Collar finds him venting about all sorts of negativity that comes with success, before ending with Purity. That song alternates between samples of Lauryn Hill’s unplugged cut I Gotta Find Peace Of Mind and a shuffling beat. Frank Ocean pops up to do a verse and Rocky raps in double-time about alienation and loneliness. It’s the album’s most unguarded song, and therefore its best.