Review: The Big Day is Chance the Rapper’s debut, but it suffers from the sophomore slump

On his first for-sale album, the Chicago rapper presents a bigger and slicker version of his nostalgic gospel-rap sound but buries it in excess 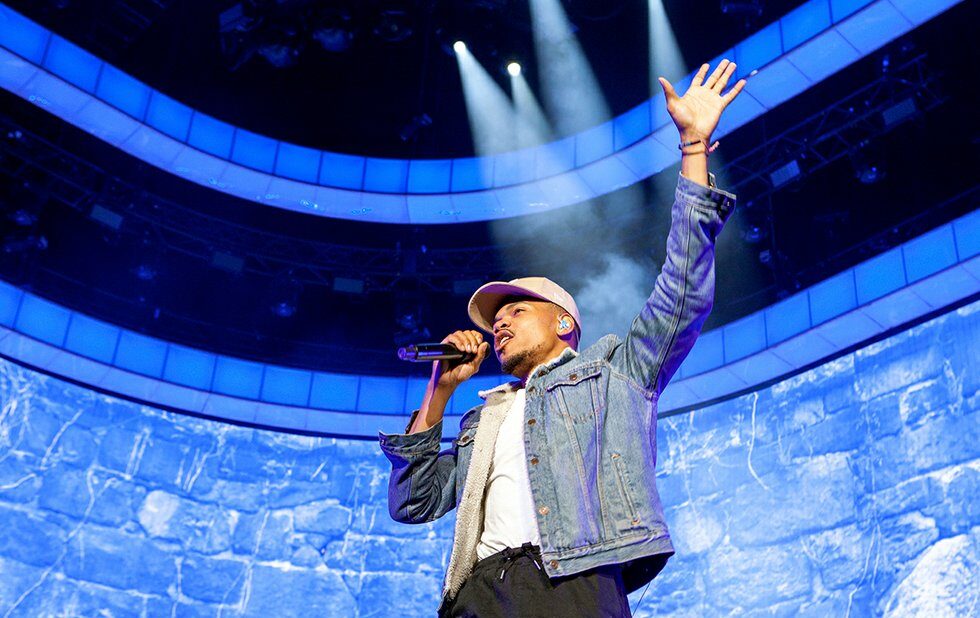 The big day is here – Chance the Rapper’s debut album has arrived.

Of course, The Big Day is really a “debut” album in name only. There’s not much to distinguish the Chicago rapper’s three previously released mixtapes from albums other than the fact they were never for sale – a distinction that means less and less in the Spotify age. Chance himself has played a big part in blurring the lines. After his public push to change the qualifications, his 2016 “mixtape” Coloring Book was the first streaming-only record to win a Grammy.

Still, The Big Day suffers from the same frustrating problems that often make anticipated hip-hop “albums” weaker than their less calculated mixtape counterparts. With 22 tracks over 80 minutes (including a few skits you’ll skip after the first listen), it’s way too long. It’s themed around Chance’s wedding to his longtime partner, Kristen Corley – a rite of passage that mirrors the “big day” of his debut album release. And like a wedding in which the priest’s sermon is getting in the way of the dinner buffet, you can really feel it drag.

Rather than a debut, the album feels like a post-breakout big swing. “I made the three more famous than Steph,” he boasts on Eternal – and, considering how many Chance-branded “3” hats I saw paired with overalls around Toronto the summer after his 2016 Echo Beach show, it feels like an honest flex.

He’s still bursting with the same mix of unbridled Christian joy and gooey sentiment, only now he can do it on a bigger and slicker scale. Now he can look back at those teenage summers when days felt like they lasted forever, and he can do it with the ultimate emo nostalgist, Death Cab for Cutie’s Ben Gibbard. He no longer needs to imitate Bon Iver, he can just collaborate with Justin Vernon. He can throw back to Disney movies with an honest-to-god feature from Randy Newman. He can throw back to 90s R&B with En Vogue and layer a house beat with a chorus from Shawn Mendes, one of pop’s biggest current stars.

Still only 26, Chance has already lived through the come-up/backlash cycle to the point that he’s become an easy guy to dunk on, his new album launching a thousand “youth pastor sitting on a chair turned backwards” jokes. This album won’t dispel those. His brand of giddy, infectious gospel-rap has already had its moment, and it no longer sounds so exciting. He’s become harder to root for as an underdog, too, his scrappy independence soured by questions over pervasive corporate sponsorship (this album comes free via a ridesharing app) and inability to handle criticism (according to a Spin report, he strong-armed MTV into removing a mildly critical review). Now entrenched in his arena status, his exuberance no longer feels as fresh, and his music frankly feels less fun.

Now he’s the rap A-lister giving co-signs to hot new artists like DaBaby and Megan Thee Stallion, often toning down his own style to fit their features – Hot Shower has a surprisingly sparse old-school beat, with Chance borrowing fellow Chicagoan Valee’s flow for a song begging to be memed on Tik Tok. But it’s a fellow rap A-lister, Nicki Minaj – someone who suffers the same problem of muting her own strengths on her major album statements – who, on Slide Around and especially the Rodgers & Hammerstein-meets-Afrobeat album closer Zanies And Fools, turns in some of the album’s best moments. Bending herself to Chance’s autobiographical melancholy, she delivers her best verse in years.