The former One Directioner sounds like he’s finally letting go of the dad-rock cosplay of his debut, leaning instead into ebullient, soulful pop 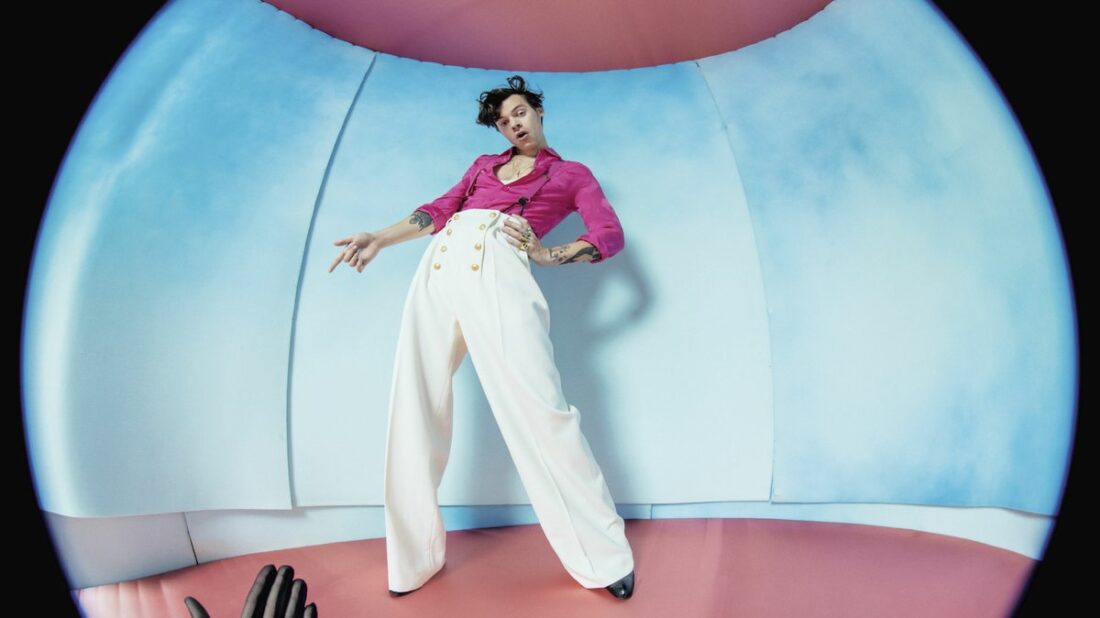 When I arrive on Monday for the Fine Line listening session at British pub the Oxley in Yorkville, I hear a familiar sound: young women squeeing.

“I’m so sorry,” apologizes the publicist as she waves a hand in the direction of the enthusiastic group-selfie photo-takers in front of a large Fine Line album cover foamcore print. “The fan event is running a little late.”

I brush off the apology after all, I’m among my people.

On your Twitter feed, Harry Styles is a certified Internet Boyfriend. But of all the Internet Boyfriends – Timothée, the Chrises – he was likely the first to tweet a poignant International Women’s Day message this March to 33.7 million followers. He consistently genuflects to his teenage girl fans, even casually wearing a “Women are Smarter” t-shirt at the airport.

For those keeping track of the ever-evolving “new masculinity,” Styles is a trendsetter. His feminism, of course, comes hand in hand with his perceived (or imagined) queerness. The One Directioner once admitted in an unreleased, Harries-hailed bisexual anthem he liked “messing around” with “boys and girls,” and co-hosted the 2019 Met Gala in a sheer Gucci blouse and single drop earring.

But on Styles’s second album, Fine Line, a new era beckons. In the promotional blitz he tells Rolling Stone it’s “about having sex and feeling sad,” and acknowledges shrooming as part of his creative process. Out are the Gucci floral suits in are an open tattooed chest and high-waisted wide-legged trousers, which suggest Styles has been rifling through Bowie’s Isolar II tour stage outfits. Life and times are changing, and Styles is taking a page from the confessional singer/songwriters of Laurel Canyon. Musically, he sounds like he’s finally letting go of the dad-rock cosplay of his debut album, leaning instead into ebullient, soulful pop with a newfound conscience. He’s thinking through and taking responsibility for what it means to be a boyfriend figure.

Fine Line is the last of the sublime 2019 breakup album trifecta that includes FKA Twigs’ Magdalene and Tyler, The Creator’s Igor. Both of those albums are visceral in how they mine inequitable heartbreak or the fickle tendencies of closeted fuccbois. Whereas Twigs and Tyler revel in genrelessness, Styles remains the Internet Boyfriend. His revealing lyricism lays bare the petulance and pathetic tendencies heartbreak can wreak on a mid-twenty-something white male pop star. If you’re comfortable with the uncertainty of it, Fine Line’s overarching narrative suggests, you might open yourself up to self-transformational change, a deeper awareness of how you’re part of a greater collective good.

Golden sets the album’s tone, a top-down sunset ride down the L.A. freeway, awash in the glow of first love. Watermelon Sugar is sexual, grown-ass and tender in the Jeanette Winterson sense, with a vocal melody reminiscent of Moloko’s Sing It Back. Adore You casts a smooth 80s bassline with big-club beat-drop energy. Sunflower, Vol. 6 has beachside day drunk vibes. Lights Up is transcendent and spiritual, an all-too-brief ode to self-love and letting go. He finally sounds like he’s living in his own time.

Lyrically, Styles is at his best when he’s biting. On the sad and meditative Cherry, English folk-guitar picking is awash with Stevie Nicks and Lindsay Buckingham harmonies. “Don’t call him what you use to call me,” he sings, bitter about an ex seemingly returning back to a former paramour. “Does he take you around his parents’ gallery?” Later, on the sea shanty-lite To Be So Lonely, he twists a rickety ukulele, handclaps and upright bass with rueful lyrics about the troubles of going home, falling and drunk dialling.

He’s not exactly mining unexplored territory. But, he’s an Internet Boyfriend – and Internet Boyfriends are non-threatening. As he inches closer towards the adult pop contemporary charts, Styles is thankfully owning his one-fifth of the One Direction power-pop legacy.

Reckoning with drunken behaviours and being “well aware I write too many songs about you,” the power ballad Falling spirals into a pile of unanswered read texts with no instant replies: “What am I now? / What if I’m someone I don’t want around?” This is what I imagine accountability looks like from a white, male pop star in the midst of a quarter-life crisis. It’s a dissonant, questioning song, but familiar. Like Bryan Adams in his heyday, Styles is a soft masc pop star always aware of his mostly female fanbase.

There are a couple of transgressive flashes I hope Styles will push further in albums to come. She is a moody, late-night lounge character-based song about a bored middle-aged figure straight out of central casting for Joni Mitchell’s Hissing Of The Summer Lawns. As the album’s anthemic closer, Fine Line spins from bitter relationship salvos (“you’re sunshine… you’re temptress”), swelling in surprisingly grand Arcade Fire scale with marching drums, swooning violin swings and even mariachi-like horns.

Eventually, the song fades into acceptance about the end. It’s a genuinely moving realization: maybe you can be friends again, or maybe you can live knowing they’re still there, but not with you. Because, inevitably, it’s the letting go that needs to happen before you truly move on.