Cadillac Lounge could become a seven-storey hotel on Queen West

The developer who bought it wants to turn the former home of the 19-year-old bar and music venue into hotel suites, event and retail space 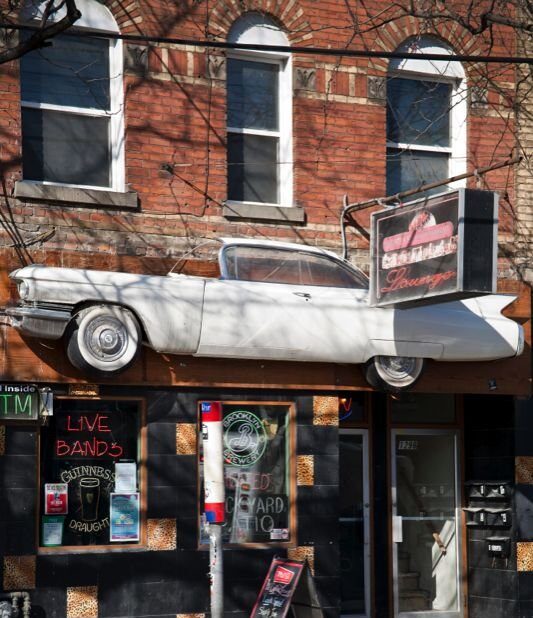 After 19 years as a music venue and bar, the Cadillac Lounge on Queen West closed in July 2019.

Now the new developer, which hasn’t been publicly named, wants to turn the venue and the surrounding buildings into a seven-storey mixed-use tower with hotel suites, event space and retail. The developer is looking to apply for a rezoning of 1296 to 1314 Queen West, which are currently occupied by the Cadillac Lounge, former Club OVs, the Vegandale-run Copenhagen Café and Guu Izakaya.

The proposal for redevelopment also includes underground parking and bicycle parking, as well as townhouses on neighbouring Noble Street.

On Thursday, January 23 at 7 pm, the developer will host a pre-application meeting to present their proposal for the site at the Parkdale Library (1303 Queen West). Afterward, local councilor Gord Perks will lead a Q&A period where members of the community can ask the developer and city planning staff questions regarding the project and express concerns.

A years-long saga of will-they/won’t-they close that nearly ended in the bar/live music venue being replaced by another bar called Blind Faith, the Cadillac Lounge now faces a similar fate as the Silver Dollar Room and the Matador, which are becoming purpose-built rental tower and a condo, respectively.

It’s still early days in the redevelopment process – the developer hasn’t applied for rezoning yet – but the proposal would bring massive change to a stretch of Queen West mostly made up of low-rise buildings.