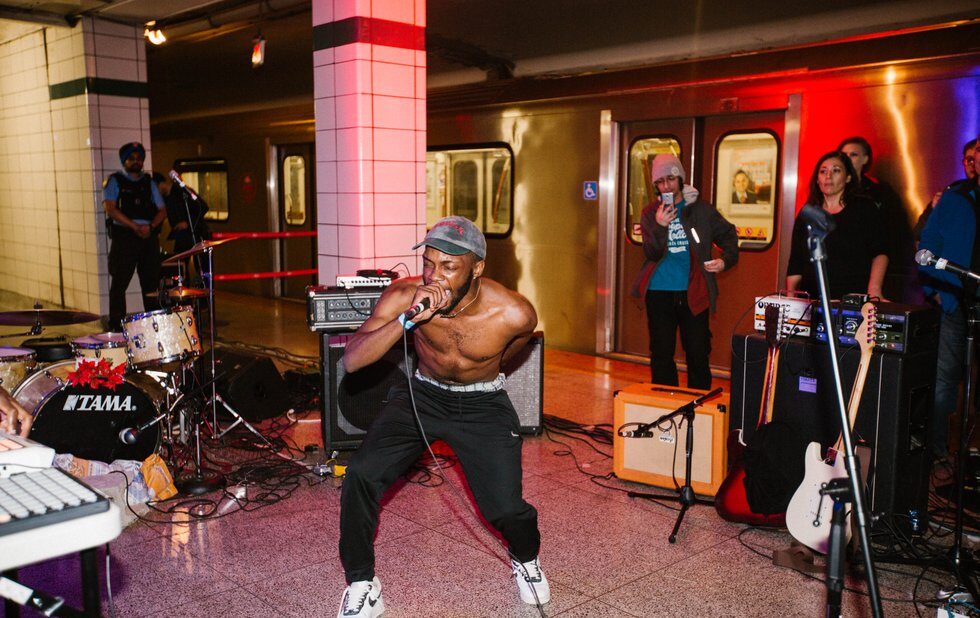 Over the last five years of vanishing venues, the city of Toronto has faced criticism for how it’s navigated and addressed the problem. Policy-related solutions, like Agent of Change and revisions to the noise bylaw are forward-thinking and welcome but do little to address the most immediate problem: affordability.

In tandem with a recently announced investigation into the viability of offering grants to for-profit venues, the Toronto Music Advisory Council (TMAC) is shifting focus to that problem. In a meeting last Thursday (February 20), they started the process for a pilot program to open up city-owned property to DIY music organizations and promoters.

In a presentation to his TMAC colleagues, music sector development officer Mike Tanner outlined a city report delivering the recommendations. While all music venues are feeling the effects of the city’s escalating rents and costs of living, he explained, smaller DIY organizations are feeling them the most. Nomadic by nature, they often don’t have a permanent bricks-and-mortar venue to call their own. These organizations are key to the city’s diverse musical ecosystem, he said.

The pilot project would allocate city-owned property for occupancy or interim tenancy. These spaces would be offered at low or no cost to the DIY organizations, who would then be expected to cover operating costs like programming and staffing.

Many of those consulted expressed interest in having a space downtown, he said, though they’re open to moving outside the core. Currently the city is investigating the viability of three different spaces of varying occupancy thresholds: 100-150 people, 400-500 people and 1,000-plus. Ideally, there would be an interim-type tenancy from anywhere between one and five years.

The organizations consulted also expressed an openness to working collectively within a given space to deliver a range of programming. Following the example of cities like Amsterdam, Seattle and New York, there was also interest in spaces that could offer a multitude of services during the day and night, for instance: a cafe or restaurant, a bar, a coworking space, a community radio station or a community garden.

Pride Toronto’s research director of spaces Ian Swain and Long Winter executive director Amy Gottung made deputations to endorse this initiative, and Array Space’s chair Mark J. Wilson wrote a letter asking TMAC to also consider the viability of supporting existing DIY spaces. Swain added a number of considerations, questioning whether a space with a capacity of 1,000-plus would even fit within the DIY model. He implored the city to consider not just a diversity of sizes, but operating models. That would allow the pilot project to cast a wider net in terms of data collection. While welcome, he argued, the initiative is only part of a solution to a much larger problem.

TMAC members Paul Banwatt and councillor Ana Bailão spoke in favour of opening up the opportunity to the private sector as well. Banwatt suggested incentivizing landlords of vacant properties to use those spaces as pop-up music venues, referencing the now-defunct vacant commercial and industrial tax rebate program as a model.

A progress report on the recommendations to develop the pilot project will be made at TMAC’s May meeting, with a final report from city staff expected to be made in September, along with a list of potential city-owned properties that could serve as the location for the pilot project.