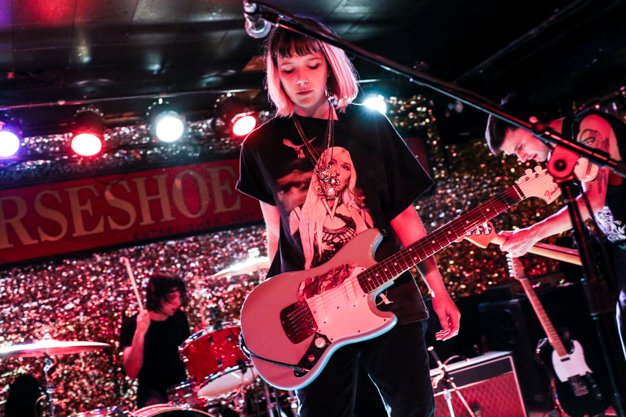 Dilly Dally at the Horseshoe in 2015.

When it comes to preventing loss of music venues due to rent spikes, the city’s hands are often tied – taxation is a provincial issue.

But there might be a way for the city to address the venue crisis directly without the need for approval from the powers that be in the Ontario government.

In a presentation prepared for members of the Toronto Music Advisory Committee (TMAC) on November 8, city staff suggested a new approach: tax exemptions or grants for music venues.

The presentation from Casey Brendon, director of revenue services, and Boriana Varleva, acting director of corporate finance, specifically focused on the viability of financial relief for music venues affected by the steep taxes that come with being located in the downtown core.

The province assesses property tax values based on the highest and best use of a site, Brendon explained. That means market values of properties like the Horseshoe Tavern are increasingly based on what could be on that property, not what’s currently there. That makes it extremely difficult for venues to operate in those spaces.

Creating a specialized tax class, like what was done to save 401 Richmond last year, would require a buy-in from the province. The 50-per-cent reduction for “creative co-location facilities” like 401 Richmond and Artscape was approved by council but had to be legislated by the former Kathleen Wynne government to come into effect. Considering Doug Ford’s cuts to important arts funding like the Ontario Music Fund, the Ontario Arts Council and the Indigenous Culture Fund, the likelihood that the premier’s office would back a tax class for music venues is slim.

The Ontario Planning Act gives the city authority to make grants available to music venues through Community Improvement Plans (CIP). A CIP can apply to an entire municipality or to a smaller, more targeted area like a neighbourhood or district. These areas are identified by whether or not they exhibit any declining social, environmental or economic conditions. The loss of venues in Toronto meets two of those requirements.

But here’s where issue gets complicated: under the City of Toronto Act, the city cannot directly or indirectly provide financial assistance to a commercial enterprise like a bar or tavern. That is, unless it’s within the context of a CIP.

So both Brendon and Varleva argue that it’s entirely within the city’s authority to create grants for music venues. After their presentation, TMAC backed that recommendation with their own endorsement. The plan is to develop a working group and formulate the next steps to develop the grant in time for TMAC’s next meeting in February.

There’s still plenty of work to be done before these grants become a reality, but they feel like a real way for the city to use its power to alleviate some of the pressure property values are placing on our culture. And that is sorely needed.