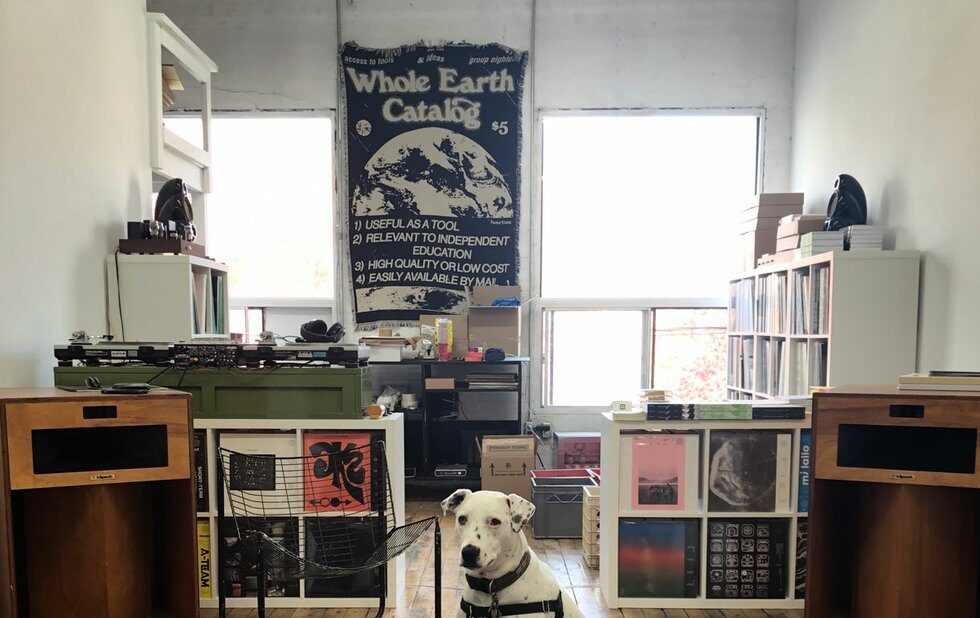 Since its formation in 2017, Séance Centre has gathered a ton of international acclaim. Now the Toronto record label’s founders are working backward to reconnect with listeners on a local level.

The label has opened a multi-purpose retail and event space on Geary – and it’s more than just a shop filled with crates of vinyl.

“It’s not a record store, per se,” explains Séance Centre founder Brandon Hocura, who runs the label with his wife Naomi Okabe. “We needed an office space and storage room for our stock, but also wanted to regain a presence in the city to interface with our community.”

Séance Centre set up shop on Geary after losing its headquarters in the basement of the sadly shuttered June Records. It’s one of the city’s most steadily developing strips, and while sharing their space from Monday to Friday with unusual events such as dog yoga and ecstatic dance, they open their doors for weekend pop-up shops. It’s also open on weekdays by appointment.

“People can just message us if they want to drop in,” says Hocura. “It’s more of a casual hang-out spot that’s all about discovery.”

With the installation of a high-end sound system, they’ve begun hosting DJ sets from fellow rare groove diggers, with plans to expand into an art gallery and possibly even a street festival.

Hocura first learned how to run a record label as one half of Invisible City, which he co-founded in 2013 with Gary Abugan. Together, they travelled the globe to dig up beautifully obscure sounds ranging from Caribbean disco to South African bubblegum. Yet when Hocura discovered Beverly Glenn-Copeland’s 1986 electronic New Age album, Keyboard Fantasies, he found a catalyst to split off and do things a bit differently.

“I decided to focus on music that wasn’t necessarily dance-floor oriented and just do things that were unexpected,” he says. “That’s why we’re publishing books of poetry and also releasing new music.

“I still love digging and finding old things that I feel have currency today, but I’m inspired to create a conversation between archival reissues and contemporary artists. I mainly just want it to be a label I myself would be interested in.”

Mixed Signals’ first three reissues shine the spotlight on New Jersey disco group Eros, New Jack Swing seducer Harold Lucious and outsider Chicago house crew LITIA=LOE (Life In The Insane Asylum Equals Life On Earth). Depending how deep your knowledge of these genres goes, they could be cult favourites or complete unknowns. For anyone interested in music recommendations from passionate record collectors instead of an algorithm, Séance Centre and its sub-labels are a treasure trove.

“Our focus with Mixed Signals is mostly private press [self-released] music that didn’t get a chance back in the day,” says Hocura. “There’s a really personal element to these records that people made completely on their own. They were trying to emulate music from artists they had heard, but the results were totally unique and quirky.”

But play the records live and they don’t sound like dusty old obscurities, gushes Hocura.