NOW MagazineMusicFeaturesTeenanger grow up and move north of Bloor

Teenanger grow up and move north of Bloor 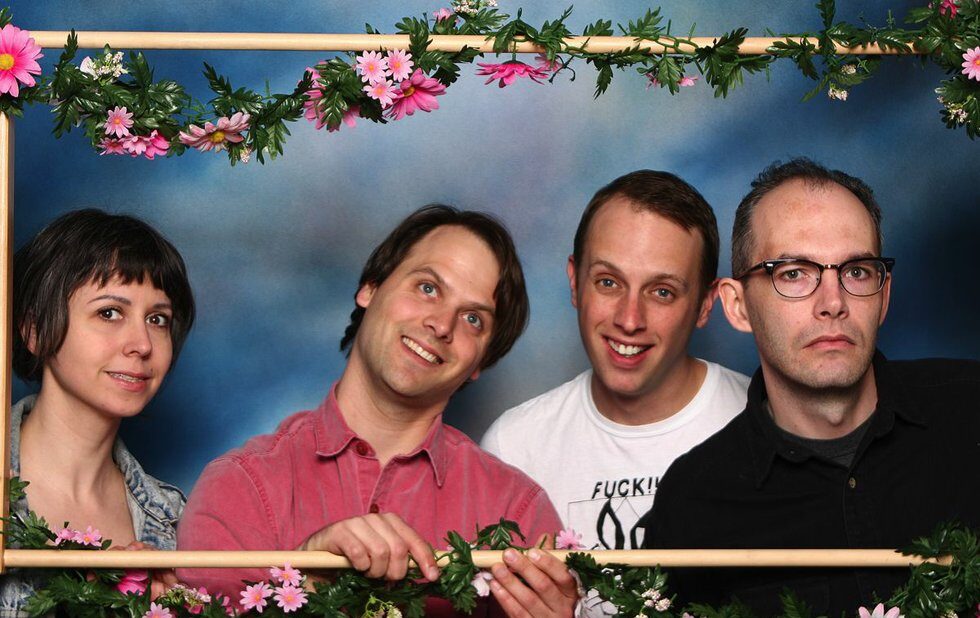 Toronto punks Teenanger cap off the Drake's annual What's In The Box festival.

Teenangers fifth album is not self-titled, though it looks like it is. Read closer: its called Teenager.

People have been calling us Teenager since probably our first show, laughs drummer Steve Sidoli, over the phone from his day job at George Brown College. Initially it was an annoyance, then we kinda stopped caring about it and now we just find it really funny. So we figured, why not just confuse people even further?

Trolling with their album name isnt likely to improve their Google ranking (the search engine already auto-corrects when you search Teenanger), but releasing a not-quite-self-titled album fits the Toronto punk bands current trajectory.

Typically a self-titled album later in a musicians career signifies a new beginning, like hitting the reset button.

After 10 years together, Teenanger are finally comfortable enough to release the album that fully represents them, but theyre not shedding any of the things that have always made them so underrated: that hard-to-define, fun-as-hell mix of Melissa Balls bass bounce, Jon Schoutens solid riffs and Chris Swimmings snotty vocals.

But after a handful of lean, gritty punk albums, Teenager is by far the most varied of their releases. Some songs jangle brightly, some shimmer with synths, some straddle the line between post-punk and new wave. Theres even an electronic instrumental and a goth ballad, with tempos that dip slower than ever before. After years of trying to outrun the garage rock tag, theyve totally buried it.

Far from lo-fi, Teenager was recorded in five studios over the course of eight months and self-produced for the first time by Sidoli and Schouten (who also run their label, Telephone Explosion). They felt confident and at ease in the songs, which came from resisting compromise and being ruthless about quality control.

When you start a band, whether you know it or not, youre a bit of a slave to the zeitgeist of that era. Youre influenced by your friends bands or whatevers popular at the time, Sidoli theorizes. Now weve been together long enough that we can actually just sound like ourselves.

If youd asked us what kind of record we wanted to make before we made it, I dont think anybody would have been able to articulate it, but when we finished, we all looked at each other like, Yeah, this was the record we needed to make.

What makes a Teenanger song, says Sidoli, is the combination of the four people in the band. If you replaced a member, it wouldnt sound right. And if the band now sounds different, its because the people in it feel different. Between members spending longer periods of time abroad and having angst about scraping by in a city thats becoming less and less affordable, he says, they feel like theyre in flux.

Toronto has always been a character in Teenangers music, but now songs like N.O.B.L.O. (which stands for North Of Bloor, Life Onwards) conflate the citys real estate situation with the responsibility to grow beyond the bohemian lifestyle of an artist.

You know how previously Bloor was kind of the north wall that people who were into art and music were always south of? asks Sidoli. Now, being forced to move north of Bloor is like a new frontier because youve been priced out or you want a bigger place. Theres an analogy there between having to do that and moving into adulthood and other phases of life.

Its as if the Toronto theyve lived in and released records in for a decade no longer feels quite so rooted. You could describe that as the overarching condition of the punk scene they come from, as rock venues shut down left and right, including the Silver Dollar where Teenanger played countless times. (Dan Burke is a close friend and collaborator.) Genres, too, are becoming less rigid as streaming traverses formerly solid boundaries.

But, says Sidoli, shedding old-school rock venues could open up opportunities for exciting stuff to happen in the underground, at DIY spaces led by a younger generation.

Thats why Not Dead Yet is the most important festival in Toronto, he says of the annual punk event. It shows that theres still some counterculture left here, and that [the scene] can still be really vital and youth-focused and attract people from all over the world.

Maybe Toronto, like Teenanger, isnt ready to grow up just yet.