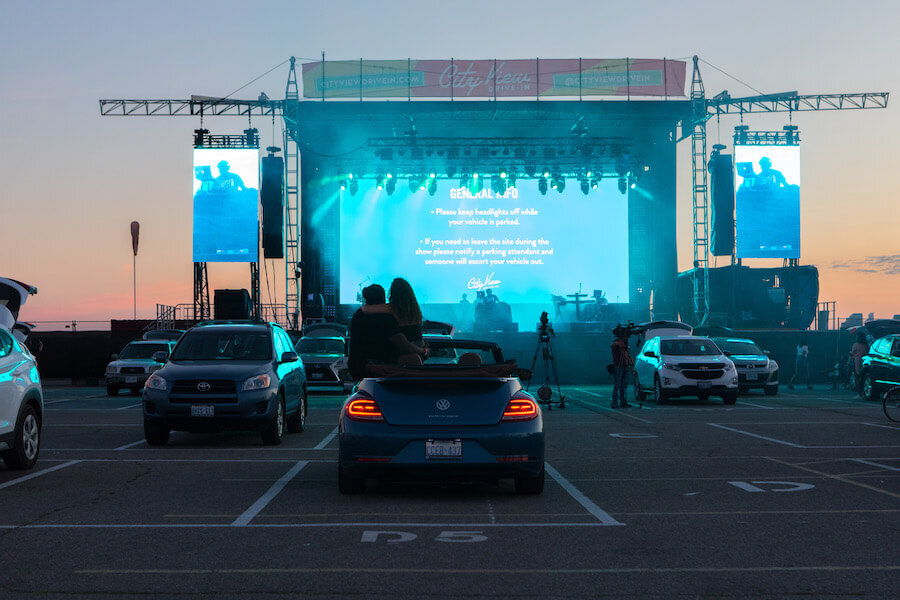 Drive-in venue CityView will switch to standing room for the festival Together Again on August 15.

Are you ready to attend an outdoor music festival?

CityView Drive-In, the venue across from Rebel nightclub, is converting to a standing-room outdoor venue on August 15 to host Together Again, billed as the city’s first post-lockdown outdoor music festival.

Of course, there have been several unofficial outdoor dance parties since Ontario entered into the three-step reopening plan in June. Together Again would be the first officially sanctioned non-drive-in music festival in Toronto this summer.

The show is scheduled to take place after the province completes step 3 of the plan, which currently caps outdoor gathering limits at 100.

The step 3 rules are due to remain in effect until at least August 5 – or until 80 per cent of the eligible population 12 and up in Ontario has had one dose of COVID-19 vaccine and 75 per cent have had two doses. No public health unit can have less than 70 per cent of its population fully vaxxed before Ontario will further relax the rules.

As of this writing, 70 per cent of all people in the province have had one dose and 58 per cent are fully immunized, according to the COVID-19 vaccination tracker.

When the province hits those thresholds, “capacity limits for indoor and outdoor settings and limits for social gatherings, will be lifted,” Premier Doug Ford’s government has said. “Only a small number of measures will remain in place, including the requirement for passive screening, such as posting a sign, and businesses requiring a safety plan.”

A post shared by Together Again Music Festival (@togetheragainto)

Finding Bliss: Fire and Ice shows happiness can be achieved with a change of scenery

This story is sponsored by 852films.com