No medal for Yanofsky’s anthem 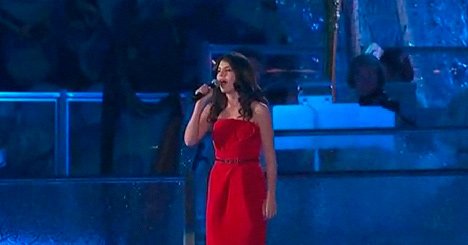 The majority of my conversations over the past weekend either began with, or would inevitably meander to, a critical evaluation of the Vancouver Games’ opening ceremony specifically its musical component.

Through much discussion, it seems we can all agree on at least one impression from such a confounding and confusing spectacle – no more Bryan Adams repping us on the world stage, please! Canada and Adams are like an estrangled couple who rarely talk anymore. The world needs to know this. It’s been over for a long time and he moved out ages ago.

I would echo the statement about the exceptionally brawny-looking k.d. Lang, but she nailed her Leonard Cohen cover so beautifully it muzzles any criticism. At least lovely local Sarah McLachlan and Ashley MacIsaac brought us into the 90s, for better or for worse in McIsaac’s case. Though, we should be thankful to the Maritimer for negating the otherwise likely presence of Great Big Sea.

Musically the ceremony was expectedly dated but otherwise non-offensive and generally pleasant.

Well, not entirely for some. Nikki Yanofsky’s rendition of the national anthem has plenty of Canadians fuming, judging by the deluge of letters and comments, many of which slam the young singer for, in their eyes, mangling the anthem at such a historic moment.

It makes you wonder whether the national anthem belongs to the people or the singer performing it. Did she have a responsibility to deliver the anthem in the way we expect it, or is she responsible to herself as an artist to make it her own?

Many letters said it’s selfish to try and make the song “your hit,” so to speak. To contemporize is a gauche act of career opportunism. Yanofsky reconfigured O Canada into something of a jazzy lounge tune, straying quite far from its original form. A strong case could be made that it wasn’t exactly a top-of-the-podium triumph, but it sure took guts.

Whether national anthems are malleable creations I still don’t know. Is there a duty by an artist, especially in a situation like this where the national sentiment is maximum super-charged, to sing it verbatim or should the artist always have creative license.

All I can say is that it is possible for a singer to take an anthem and create a transcendental moment by re-imagining it. I submit Marvin Gaye’s famous Star-Spangled Banner from the 1983 NBA All Star game near Los Angeles. To watch the crowd go from uncertain and pessimistic at Gaye’s unique beat-box soul jam, to raucous and uninhibitedly on his side, as he leads them to a completely new place with the song, is inspiring beyond any gold medal victory.[rssbreak]