From live concerts to the opera, comedy clubs to salsa dances and all the parties in between, here's where to be on NYE 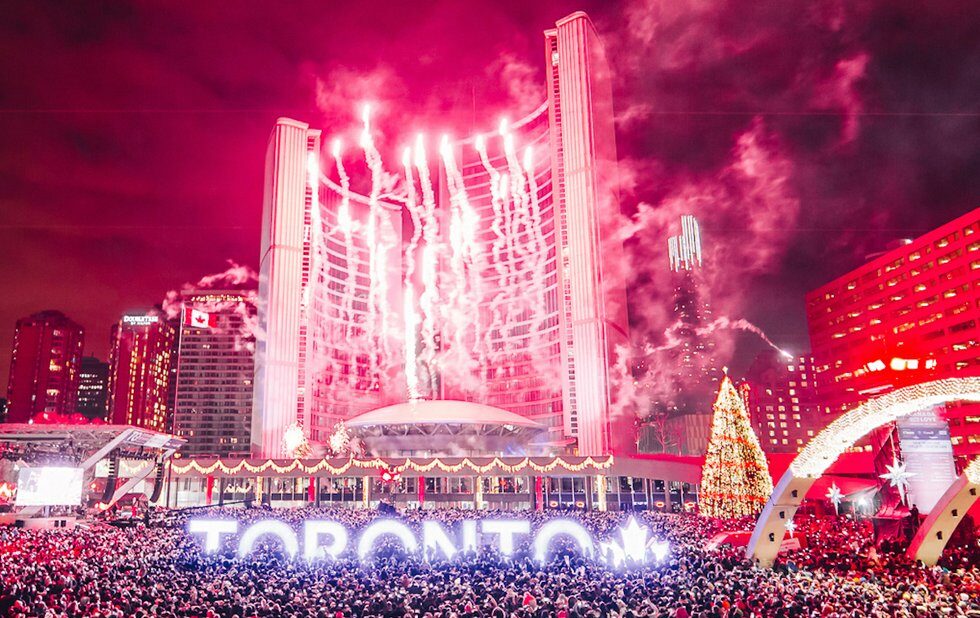 It’s been quite an exhausting year, hasn’t it? After all the energy spent on election fatigue, climate strikes and ever-encroaching gentrification, how sweet would it be to forget all those woes, at least temporarily, for one last big night out? Beckoning in a new year can feel like a heavy weight – the pressure to find the perfect party is very real. Here’s my advice: as long as you’re with people you genuinely like, you’ll have an unforgettable night.

Whether you feel like testing your salsa skills, catching your favourite cover band or getting hot and sweaty on the dance floor, the city has an option for you and you, your friends and your chosen family to welcome the new decade in style.

If you’re looking for a psychedelic vision of the future, local festival Night Owl has you covered. Detroit space rockers Moonwalks are coming down to Earth for the night and they’re joined by Hamilton rock group the Crowleys and DJ WITH IT, who will be spinning a mix of R&B, rock, pop and 60s British Invasion classics all night.

The 20th anniversary of The Sadies at the Horseshoe

The local mainstays celebrate playing 20 years of New Year’s Eve bashes at the ’Shoe. Sometimes knowing exactly what you’re gonna get makes for the best night – and the Sadies always deliver. Expect lots of country western flair with a psychedelic twist and assists from bluegrass country band Tommy Wade and the Country Rebels and opener the Minus 5.

Gritty local blues duo and NYE lovers CATL plan to heat up the Dakota and to keep things twice as nice, they’ll play twice. This year’s special guests are Detroit-based All Seeing Eyes and lover of retro vinyl, DJ Swankenstein. This should keep you dancing all night.

The 2010s have been quite the decade for this 10-piece cover band. They came together eight years ago and their covers of everyone from Destiny’s Child to Fleetwood Mac have given them a bigger -local following than anyone expected – especially on New Year’s. Exciting renditions of your favourite tunes of the past decade will help ease you into the next one.

NYE Rager with The Mahones

The Mahones have been delivering raucous Irish punk for three decades, and they’re the perfect rowdy year-end choice. There’s nothing too fancy or fussy about this party, featuring special guests Filthy Radicals and Killroy A.D. and a midnight toast with a twist: they’re pouring shots of Jägermeister instead of champagne.

The Flatliners at Lee’s –Palace

A recipe for a high-energy night: long-running GTA pop-punk band the Flatliners. They’ll be accompanied by Toronto rock bands Little Junior and the Anti-Queens. And if you suddenly need a very drastic change of scenes, Dance Cave is just upstairs for indie dance throwbacks (though you’ll have to pay some more cover).

Lazers, a confetti cannon, bubbles: Fit and Big Primpin are pulling out all the stops for their NYE collab for members of the LGBTQ+ community and their guests. DJs Blackcat, Craig Dominic, Vanessa Kathleen, Kris Steeves and Phillippe bring the tunes and performances by queens Sasha Montenegro, Ravi and Dillon are sure to make this a kiki for the ages. (And it doesn’t hurt that last call is at 5 am.)

Chronologic NYE at The Garrison

With all the end-of-decade retrospectives, this one takes things back a bit farther with music from the past century: all the hits from 1890 to 2020. Goin’ Steady DJs’ (Matt Cully and Louis Calabro) monthly party is a Dundas West institution. Expect swing, doo wop, calypso, disco, pop, hip-hop, R&B, chillwave and that random genre you don’t quite know the name of but love to dance to. And if you want to get chronological even earlier, they’ll also be spinning at the Harbourfront Centre’s DJ Skate Night from 5-9 pm before Get It Together takes over to take you to midnight.

Queer club music collective Raven’s Vision started 2019 in our Sound Of Toronto Right Now cover story, and now they’re ending it with a NYE blowout. Founders singer/composer Casey MQ, DJ/producer Bliptor and Myst Milano (on double duty before she plays Tranzac) bring trance, experimental club music and hard beat – nothing below 130 BPM. That should really get the blood pumping on Unit 2’s tiny dance-floor. The venue is accessible, the looks will be cute and the vibes will be welcoming.

Future Glam 2020 at the Gladstone

The Gladstone is throwing a retro-futuristic party: an ode to what people in the 70s and 80s thought the future would look like. It will be opulent, kitschy and ridiculous, like something out of the 1976 utopian sci-fi flick Logan’s Run. Glam-robot drag queens will perform. Grace Jones’s influence will be palpable. Heavy disco, house and soul will abound in performances by Tush, Regina Gently, Les Femmes Fatales and DJ Kaelin Britton.

Dundas West art space, party spot and sometimes live music venue Milk Glass Co is the latest casualty of unsustainable rising rents and will close its doors after one last party on New Year’s Eve – eight years to the day since its very first party. The Last Drop will be a sort of wake for the community that formed there, featuring DJs who’ve spun there throughout the years. A good chance to celebrate independent culture spaces while there still are some left to celebrate.

Queer-friendly party collective Pollen is bringing new meaning to “house party.” For starters, there will be some house music. But also they also want you to feel as safe and comfortable as in your own house (or basement apartment, whatevs). The dress code is “whatever makes you feel good,” but if it’s at all like their other parties that means people will be bringing their looks. Nino Brown, Stacey Sexton, Ace Dillinger and Chanl Marshl will DJ.

Flex your salsa skills all night if you’re a pro, or partake in the complimentary 9 pm beginner dance lesson. Either way, Lula’s annual New Year’s Eve party is the city’s best celebration of bachata and reggaeton. Live salsa band Havana Ventu will play two sets to ring in the new year. Splurge for the full dinner or just go to dance, but don’t forget to get tickets in advance.

This annual party at Nathan Phillips Square is a family-friendly (and sometimes freezing) way to ring in the new year. Just prepare for the crowds. Skate in the warming glow of Toronto sign while the strong lineup of cellist Cris Derksen, singer Zaki Ibrahim and DJ Nana Zen perform. Plus: fireworks!

Ring in the New Year feeling like you’re on top of the world. The CN Tower’s 2020 celebration includes getting tipsy on the glass dance floor and feasting on roast beef tenderloin, baos and more. Taking the ultimate New Year’s selfie comes with a pricey admission that doesn’t include drinks. So remember to set some loot aside for the cash bar.

Getting inebriated and staring at jellyfish is a vibe. The third annual New Year’s Eve shell-ebration at Ripley’s is an under the sea selfie opp combined with food stations and live entertainment from The Lonely Hearts and DJ Shamz.

The Royal Ontario Museum is competing with its fellow tourist traps for New Year’s revelers with live music, DJs, a single drink ticket to use at the cash bar and snacks to munch on while you get special access to the Bloodsuckers: Legends to Leeches exhibition.

Buddies promises a night of debauchery and drag performances by queens Katinka Kature, Imarra and Heaven Lee Hytes. At this best-of-both-worlds situation, you get a show and then DJs Mark Falco and Sofia Fly keep the party going into the early morning.

Your Hood’s A Joke

Tamara Shevon will be repping Scarborough against Etobicoke’s Thomas Calnan in Your Hood’s New Year’s edition. The battle show, where comics roast each other’s territory, is doing it local and global with an India versus China match-up that should be all kinds of wrong.

Second City is closing out the year with music, drinks and its revue, If I Could #Throwback Time. The on-stage nostalgia trip pokes fun at our fondness for E.T., Power Rangers and the years past when identity politics would have been mistaken for a John Cusack movie.

The tux and ballroom gown crowd can begin their New Year’s eve at this glamorous evening at Roy Thomson Hall with opera stars Karine Babajanyan, Maria Kataeva, Luc Robert and Michele Kálmándy. The performance will be done by 10 pm leaving enough time for the next venture suitable to your attire.