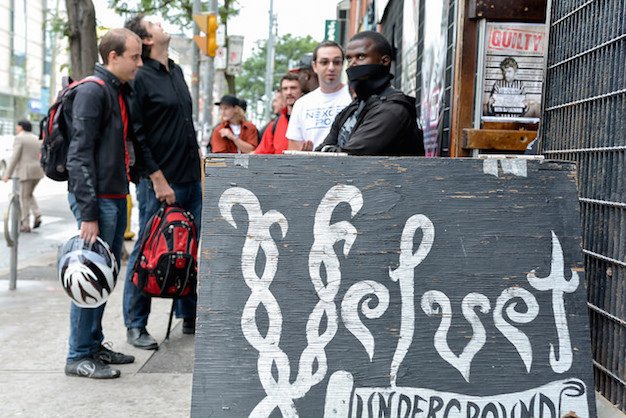 Another goth-positive club in the Queen and Bathurst neighbourhood is closing its doors. Five years after gentrification claimed nearby The Big Bop (now a furniture store), Liberty Entertainment Group is shuttering alt-rock venue the Velvet Underground at 510 Queen West.

In a statement to NOW, Liberty Group’s director of marketing Stacey Hawkins said the club has been open for 20 years.

“We wish to thank all of the hard working team at the Velvet for their role in our success, as well as our valued patrons and the countless artists and musicians who have performed at this iconic Queen Street West venue,” Hawkins says.

The statement goes on to say Liberty will focus on growing its portfolio of wine bars.

The farewell party appears to be DJ Shannon’s Elegantly Wasted residency on September 5, although a Facebook posting dated August 17 lists events through October 31. We didn’t receive clarification about the official closing date by press time.