The end of pot prohibition is almost here, but while other jurisdictions are showing what's possible our history when it comes to acknowledging past harmful policies shows that we shouldn’t expect swift action on redress. What gives, Canada? 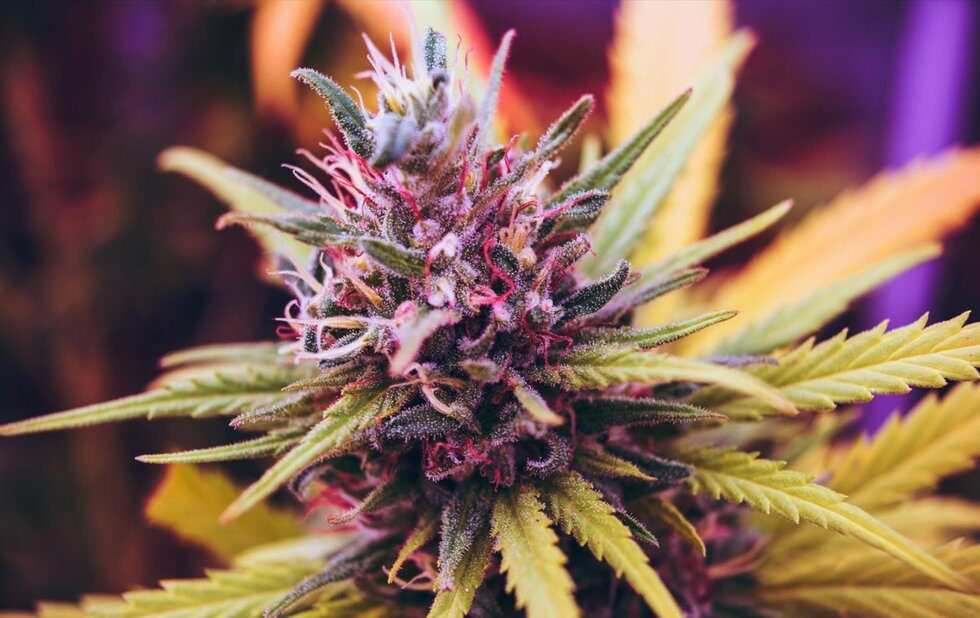 Omar Rodney was there to talk ganja.

Rodney is the founder of the OrGanja Society, a network of people who claim Afro-Indigenous identity and want to educate others about the “limitless potential of ganja in the socio-economic emancipation of Indigenous communities.” He sees the coming legalization of cannabis as a key moment to galvanize people with community development interests in Black communities not only in Canada, but across Africa and the Caribbean.

“We’re talking about our ancestral and Indigenous connection to Africa and ganja,” says Rodney. “In this climate, we need to look at our constitutional rights to land and intellectual property, to the cultivation of ganja.” The group wants to protect “beneficiaries where [ganja’s] use is intrinsic with culture, spirituality, religion, communal and economic values to Indigenous people of the earth.”

For many, “Afro-Indigenous” may seem like an unusual term. But Rodney says, “We’ve used ganja in medicine and healing practices for a very long time.”

And the fact that the federal government “has set up the cannabis industry for profit-making without regard for ecological, cultural or social rights doesn’t mean we have to follow that path.”

Beyond recreational and medical uses, Rodney wants to see what he calls a “third realm” in the current cannabis legislation – recognition for people who consume and grow cannabis for sacramental and religious purposes.

“This is an ethical issue, a constitutional issue,” says Rodney. “We can’t give away our birthright.”

But that kind of recognition would require court challenges.

Tyler James, community outreach officer for the Campaign for Cannabis Amnesty, says it is unlikely organizations like OrGanja will be successful in establishing spiritual or cultural exemptions for cannabis post-legalization. James thinks the courts will likely re-direct such legal claims to the licensing process, forcing everyone to follow the new rules.

“With all the profiteering that is going on with [cannabis], others are having to wait on the sideline until they’re given the permission to enter,” says James. “They (OrGanja) would have had a better chance prior to legislation. Unfortunately, it might not be worth the fight.”

She points to her native South Africa as being part of the vanguard. “There is a lot of important organizing happening right now,” says Dalamba.

The South African high court decriminalized private cannabis use last month, but that doesn’t begin to tell the story of what’s happening there.

“This is coming about at the same time as the land reform question in South Africa,” says Dalamba. “We’re going to see serious conflict there with respect to land appropriation and the cultivation of cannabis.”

While these matters have far-reaching importance across the globe, the issue is also very much a personal one. Dalamba thinks of her teenage son and other young people who have struggled because of anti-Black racism and enforcement of cannabis laws. “Our young people are suffering,” says Dalamba. “We need to engage with them on this issue.”

One man at the festival said that Black people have always been asked to wait on government for laws that take their rights into consideration. This won’t do any more, he said. “We don’t have to wait for them. We have our ancestral knowledge, our intellectual property, we know how to cultivate,” he said. “We’ll just do what we have to do.”

Black people, it must be said, have already lost.

For over a century we paid an unjust and heavy price for doing what everyone else was doing. Criminalization and police harassment for pot marked our past and blighted otherwise bright futures.

No coming legislation will ever change that.

With the legalization of cannabis now a reality, anyone who has been harmed by its 100-year prohibition has yet to hear a single government-sanctioned word about reparations.

There have been unconfirmed murmurings that the feds will eventually set up some kind of legal pardon regime. But it’s safe to assume political leaders aren’t exactly excited about it.

“There are a lot of people who want legalization to mean atonement for the long time it took to move away from the failed policy of prohibition,” says Daniel Bear, criminal justice professor at Humber College.

But Bear says Canada’s history of acknowledging other harmful policies shows that we shouldn’t expect swift action on redress.

“The messaging around cannabis has not been about undoing an unjust policy,” says Bear. “It’s been about regulating [the industry] to protect young people and closing the illegal market. It seems unlikely that [social justice] will be a focus, at least in the near term.”

Which is a bloody shame, as it’s certainly not lost on most people that we’re witnessing a once-in-a-lifetime emergence of a massively lucrative industry with both global reach and ancillary markets worth untold billions annually.

Make no mistake, there will be winners and losers in this game, and Johnny-come-lately investors, who include ex-police chiefs and former politicians, are poised to do most of the winning. Everyone else who ran the risks associated with pot will be largely excluded from the economic windfall.

It’s the same old story. Moneyed white men with access to capital, loans, legal advice and property have placed a stranglehold on a burgeoning industry. As a result, we will no doubt see a situation not unlike in the U.S., where less than 2 per cent of cannabis businesses are operated by people of colour.

Black people stand to be the biggest losers. Harassed and charged by police for pot more than any other group, they have the lowest state of readiness to enter the market as producers and business owners. And yet other jurisdictions are showing what’s possible.

In 2017, Oakland set up a special business license program for residents with previous cannabis possession convictions. The program is designed to encourage fairer entry into the market for people with criminal records. In Massachusetts, a government-backed commission has been established to study and implement pot-equity initiatives wherever they are necessary across the state. Los Angeles is considering an excise tax on cannabis sales that would re-direct a percentage of profits to community health funds in marginalized communities ravaged by the so-called war on drugs. These initiatives have their challenges, but they show leadership in trying to redress criminalization and ensuring a rights-based approach to bringing about a fairer pot industry.

University of Toronto sociology professor Akwasi Owusu-Bempah says the lack of social policy direction in the Canadian context reinforces the fact that business and economic opportunity has always been the main impetus for legalization. He’s disappointed that an equity focus has not been part of the government’s broader legislation, especially because this leaves the issue exposed to potential policy reversal in the upcoming election. “The social justice matters have been pushed to the back of the queue,” says Owusu-Bempah.

But despite the government’s failure to include amnesty alongside the current pot legislation, Owusu-Bempah remains hopeful. “It’s going to take a long time for this issue to shake out properly. There’s a lot to come yet.”