If Canada Election 2019 was a referendum on Justin Trudeau’s leadership, then for Andrew Scheer Monday’s results look ominous 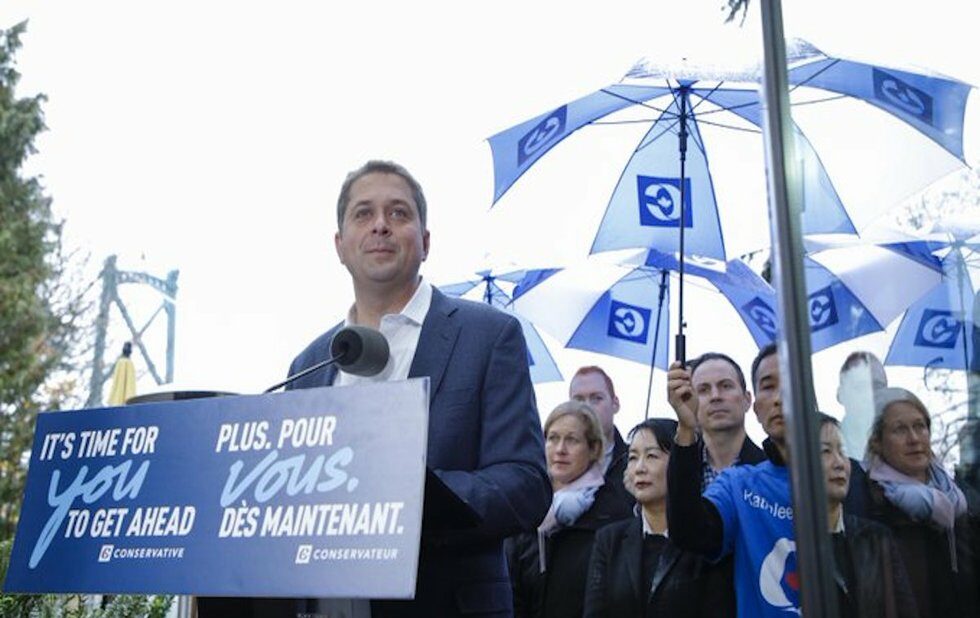 The Liberals returned to power with a minority of 157 seats to the Conservatives’ 121 with barely more than 33 per cent of the popular vote. The Bloc finished third with 32 seats, the NDP with 24 and Greens with 3.

But Trudeau’s win can also be described as a case of instant karma for Conservative Party leader Andrew Scheer – especially given the depths of the misinformation campaign unleashed by the party (helped by Canada’s mainstream media) to unseat the Liberal leader.

Somehow in the final days of the campaign, the Libs turned what everyone assumed would be a dead-heat into a minority that amounts to some 20 fewer seats than they went into the election with. A rebuke for Trudeau, yes, but also a shot at redemption after the damage caused by l’affaire SNC-Lavalin and the Brownface/Blackface controversy.

What broke the stalemate? Obama’s endorsement? The economy? A sudden sense of foreboding of what a Conservative minority would mean? The short answer is strategic voting. The other reason is Andrew Scheer.

Also, the Green and NDP vote splits that were supposed to spell disaster for the Liberals never materialized. The party held on to large swaths in Atlantic Canada, Quebec and the crucial 905 belt in Ontario. They also swept every seat in Toronto and held their own in BC.

Pundits offered before the vote that Trudeau’s star power had faded. It’s true. But it’s also true that Trudeau’s ability to connect with voters continues to set him apart.

To his critics, he can come off as disingenuous. Like when he paddles up to a photo op in a canoe. Or invites the press to watch him go a few rounds in a boxing ring before the English-language debate. Clearly, it drives the Cons nuts. But voters seem not to mind.

If this election was a referendum on Trudeau’s leadership, as the Cons suggested throughout the campaign, then for Scheer Monday’s results look ominous.

Yes, the party won some 20 more seats than they entered the election with. But in the end, the frat boys in the Conservative war room behind Scheer threw everything they could at Trudeau and it still didn’t work.

The Conservative Party is arguably in worse shape, despite the uptick in seats, reduced to a facsimile of their former Reform rump from whence the party came – give or take a few dozen seats east of the Manitoba border. There were huge losses in Quebec.

The party still enjoys broad support in Ontario, but there were no gains in the province and one very significant loss – deputy leader Lisa Raitt in Milton to Liberal star candidate Adam van Koeverden.

What went wrong? With the weight of scandal hanging over his head, Trudeau was ripe for the picking. Or so it seemed.

But Scheer never did quite resonate outside the party’s base. There were other problems. His lack of transparency about his resume for the job being a big one. Crucially, every time the occasion presented itself for Scheer to come clean – like over his comments on same-sex marriage or over his dual Canadian-American citizenship, for example – Scheer obfuscated instead.

There were a few tactical blunders along the way as well. The fact the party had no climate change plan proved a massive misstep. As was releasing the party’s economic platform on the Friday before the Thanksgiving Day long weekend. With Scheer, there always seemed something to hide.

Scheer’s problem was also one of tone. He could never strike the right one. And as a consequence his campaign never really clicked with women or young people, which make up the most important voting blocks.

An atrocious first week was masked by the Brownface/Blackface scandal. And for a few days there it seemed like Scheer had the momentum. But when it came to crunch time, Scheer couldn’t control his baser political instincts.

Scheer’s Brownface/Blackface assault on Trudeau out of the gate during the English language debate, for example, was intended to make him look decisive. It only made him look nasty.

Instead of talking up issues, the Conservatives tried to make the election about Trudeau’s character, only it turned out to be Scheer’s makeup that raised questions.

When throwing mud didn’t work, the Cons tried to lie their way to victory, turning this campaign into the ugliest in recent memory. There were many rumours planted with friendlies in the media. Among them that the RCMP had launched an investigation into SNC-Lavalin. And, of course, the false story that Trudeau was forced to leave his teaching job in Vancouver because of an inappropriate relationship with one of his students.

Scheer did his best to put a positive spin on Monday’s results. He suggested during his speech that the Liberal minority won’t last. And that the Conservatives will be there to pick up the pieces when it falls. That’s not going to happen. Bloc leader Yves-Francois Blanchet has signaled his intention to work with the Libs. And the NDP under Jagmeet Singh, whose party has been severely weakened, has no money to fight another election anytime soon.

So the Conservative Party has some choices to make. We keep hearing Peter MacKay’s name being kicked around as a possible successor to Scheer. That would be the same MacKay who used to head the now-defunct Progressive Conservative Party of Canada. It may be premature to be writing Scheer’s political obituary just yet. But clearly the Cons will have to broaden their base if they are to have any hope of forming government in the near future.

It was a given that at least two of the leaders of the four mainline parties would face leadership questions once this election was over. Few thought Scheer would end up being the only one.