NOW MagazineNewsCanada Election 2019: White supremacy is the issue no one is talking about

Canada Election 2019: White supremacy is the issue no one is talking about

We’re in a cultural cold war, yet no party has articulated a strategy to combat the growing problem of hate and those who spread it 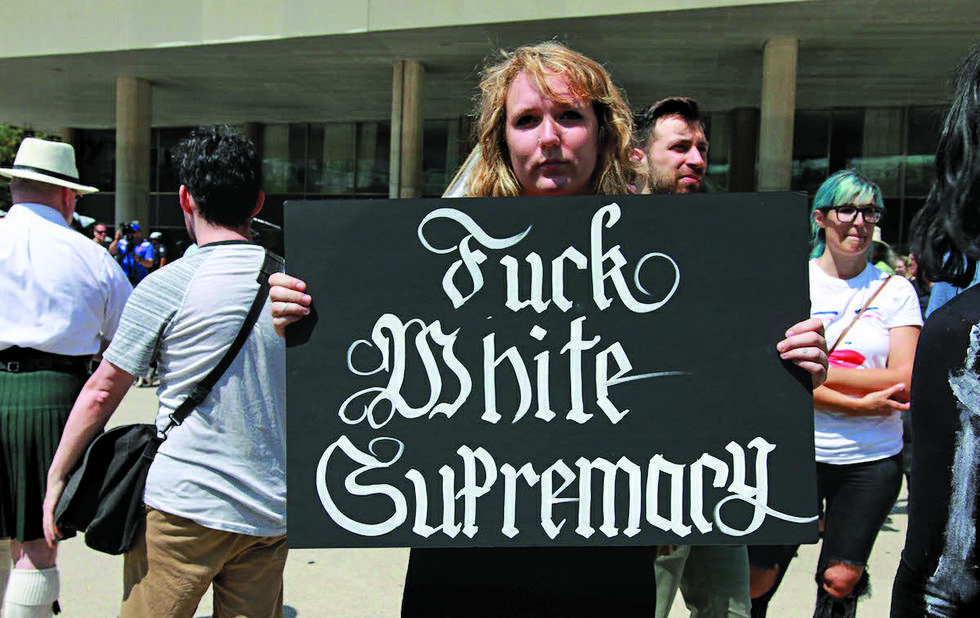 At the re-opening of Soufi’s eatery on Queen West last Friday (October 11) the line spilled out the door. The popular Syrian restaurant is back in business after a barrage of death threats forced it to close temporarily.

There was the expected political reaction on Twitter that hatred, intimidation and threats of violence have no place in Canada.

Local MP Adam Vaughan showed for the re-opening, the Liberal campaign bus stopped in for food on the weekend, and Mayor John Tory came for lunch on Tuesday.

Hate groups and their supporters are a larger threat in Canada today than at any other time in recent memory. This is not just a Toronto phenomenon.

These groups hold regular rallies across Canada and attack people on the streets. They plaster anti-Muslim posters and graffiti on mosques. They spray-paint anti-Semitic messages on synagogues.

In Hamilton, they attacked the Pride parade. In Quebec, they descended on the offices of VICE Media.

The People’s Party of Canada, whose leader Maxime Bernier participated in the recent English and French language debates, counts among its founding organizers the former leader of a prominent American neo-Nazi group.

And for the first time since the Second World War era there is an officially registered neo-Nazi party in Canada.

Extremist views have woven their way into the political fabric of Canada. But it has barely been discussed in this federal election campaign, despite all the debate about race.

We’re in a cultural cold war, yet no party has articulated a strategy to combat the growing problem of hate and those who spread it.

Hate groups rely on targeted harassment campaigns and threats of violence to intimidate their opponents. These actions often amount to criminal harassment, but few are ever charged.

Enforce the law on social media

Social media companies break Canadian law on a daily basis by sharing hateful content. Rather than engage in a lengthy debate about what constitutes discrimination, let’s begin with a standard on which every reasonable person can agree: content celebrating or promoting violence toward protected groups must be removed. Failure to do so should result in stiff fines and criminal charges.

Remove extremists from the military

Members of known white supremacist and hate groups in the Canadian military should be removed from active duty. Commanding officers should receive training on how to spot signs of radicalization.

Annual police hate crimes statistics considerably underreport the state of overt hatred in Canada. There’s an easy fix. Statistics Canada’s General Social Survey asks people every five years if they’ve been the victims of a hate crime. This data should be collected annually.

We need Section 13 back in the Canadian Human Rights Act to allow individuals to file legal complaints on the worst examples of hate speech.

The Elections Act should be updated to disallow extreme right-wing parties that are fundamentally anti-democratic – neo-Nazi parties should not be permitted to gain political party status in Canada.

During this election campaign, we have heard little from the mainline parties on how to combat white supremacy. The NDP has committed to addressing the spread of hateful and extremist content online. The Liberals have pledged significant financial penalties for social media platforms that fail to remove illegal content. There’s also the promise of funding to prevent radicalization, but to date this money has flowed primarily to research.

Soufi’s was the third business to shut down because of hate-motivated threats in as many months in Canada. QueerFlex, a LGBTQ+ gym in Edmonton was shut temporarily after being threatened by far-right blog posts. And a vegan cafe owned by a trans woman in Val David, Quebec was forced to move after repeated vandalism.

People suffer the consequences of rising hate every day. Soufi’s was lucky – they had extraordinary help and their case caught the attention of the public.