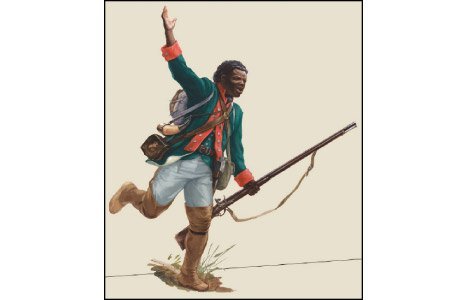 The City of Toronto is about to get Emancipation Month.

This August, City Hall will mark the Emancipation Proclamation ending slavery in Canada in 1833 with a month of events. There will be “lunch-and-learns” led by “a prominent Black Canadian thinker or scholar,” the Underground Freedom Train ride (previously organized by Itah Sadu), and a raising of the Black Liberation Flag “in the spirit and honour of Marcus Garvey.”

Emancipation Day celebrations are, and have been, historically fraught with contradiction – and burdened by unfreedom – given that Black people celebrating the end of chattel slavery do so in the context of ongoing anti-Black racism.

Here in Canada, historian Peggy Bristow has documented Emancipation Day celebrations in Ontario as occasions that descendants of the formerly enslaved continue to experience as a thwarted freedom. The poet and novelist M. NourbeSe Philip has also expressed her discomfort with Emancipation Day celebrations “because they end up being performances, directed at the state, to insist on our humanity. Yet, we remain outside of the law that marks who is human.”

Emancipation is not freedom. Emancipation Day celebrations remain an ongoing and profound critique of the state.

The city and its Anti-Black Racism Unit now intend to return to us this dissident protest for Black freedom repackaged as a celebration to signal contemporary change for Black communities.

But emancipation still lies in the hands of the state. It is a legislative and juridical declaration that must not to be confused with freedom. Emancipation can be reversed.

Some will claim the community wanted this celebration and acknowledgement from the city. But we are in a difficult political moment for Black people in Toronto to be asked (and to sit and watch) the city celebrate Emancipation Month.

And it is necessary, even urgent, to disagree about these symbolic gestures when Black people cannot ride the TTC unbothered, the city liquidates social housing that pushes Black people out of the city core, and a billion-dollar-plus police budget targets Black poor people.

The Black Liberation Flag and Emancipation Day mean something more to Black people than simply another tick in the “diversity, equity, and inclusion” evaluation box.

They stand as galvanizing symbols for ongoing struggles around freedom, self-determination and the prospects for a changed world in which Black life can determine its own conditions of survival.

This is the world that many of us desire, in which we know that if we are free then all others are too. That world has yet to arrive.