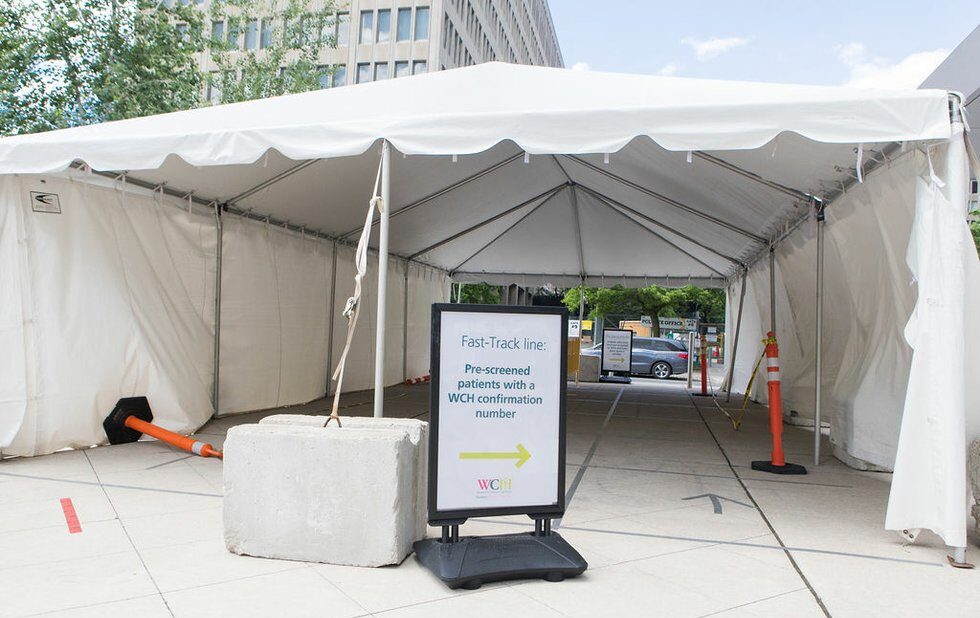 Toronto’s Medical Officer of Health Eileen de Villa said the province’s decision to keep the city in stage one of the reopening plan is “reasonable” given current public health indicators.

“I believe this is reasonable given our current circumstances. I know that our local businesses may also benefit from some time to get ready for safe reopening,” she said during a news conference at city hall on Monday. “Our dashboard shows some further good news. Our overall status continues to remain at yellow.”

Last week, the city launched a dashboard that uses four main indicators to gauge how Toronto is faring in curbing COVID-19 spread and assigns a colour – green, yellow or red – to indicate progress.

De Villa added that Toronto is staying below threshold in terms of health system capacity and public health capacity and making progress in contact tracing.

The number of COVID-19 cases reported to Toronto Public Health daily continue to decline, moving Toronto closer to goal of 14 days of decreases. “But we’re not there yet,” de Villa said.

She also said Toronto is seeing improvements in hospitalizations and outbreaks.

Toronto Public Health reported 90 new COVID-19 infections since yesterday, bringing the city’s total to 13,420. Of those cases, 11,098 have recovered, an increase of 117 since yesterday.

On Monday, Doug Ford’s government said in a statement that it will propose a regulatory change to make mandatory the reporting of data on race, income, language and household size for people who have tested positive for COVID-19.

“This change will allow for the collection of data in a consistent way across the province, while ensuring the privacy of Ontarians is protected,” the statement reads.

Public health groups and community activists have been calling on Ford’s government to collect race-based data for months. Toronto Public Health has started analyzing data based on geographic area to determine if there are disparities in infection rates.

“We recognize that some Ontarians may be at greater risk of COVID-19 infection. This includes racialized Ontarians and individuals with lower incomes,” said Health Minister Christine Elliott in a statement. “Collecting these data will help guide decisions as work continues to stop the spread of the virus and protect some of our most vulnerable people.”

Under the proposed changes, individuals who have tested positive for COVID-19 infection will be asked additional questions about their race, income and language. Individuals can choose not to answer any or all of the questions.

The province had been resisting calls to collect race-based data related to the pandemic until early June when the health ministry gave public health units a greenlight to voluntarily collect the data.

If the regulatory change is adopted, it would standardize the collection across all 34 public health units.

The province plans to engage with the Ontario Anti-Racism Directorate and Indigenous partners to implement the data collection. The data will then be made available to researchers through the Ontario Health Data Platform.

“But protecting individuals’ privacy protection is the priority,” the government said.

1:06 pm Durham, York and Halton to move into stage two as Toronto remains in stage one

As of Friday, June 19, Durham, Hamilton, York, Halton, Niagara, Haldimand-Norfolk and Sarnia-Lambton will join the 24 other regions that reopened last Friday.

Toronto, Peel and Windsor-Essex will remain in stage one.

“Please be patient because we can’t let our guard down,” Premier Doug Ford said today. “The good news is the public health trends across the province are going in the right direction.”

11:44 am Ottawa to detail plans to extend CERB later this week

“Far too many Canadians are still struggling. if you’re having troubles finding a job you shouldn’t also be worrying if you’ll hit the limit of your CERB benefits,” he said. “We’re working on a solution to extend the benefit for people who can’t return to work yet. We’ll have more details later this week.”

Trudeau also said applications for the Surplus Food Rescue Program opened today. The program gets surplus food from farmers to communities that need it.

11:41 am Cineplex Cinemas prepares to reopen across Canada

Cineplex Cinemas is getting ready to reopen. Three months after the national theatre chain shuttered its venues due to coronavirus concerns – and just days after the announcement that British exhibitor Cineworld Group had abandoned its acquisition of the company – Cineplex issued a press release teasing its plans to get back to business.

The first venues to reopen will be Cineplex’s Rec Room facilities in Winnipeg, Calgary and Edmonton, with “measured operations” resuming this week, and six theatres in Alberta are expected to return to operation June 26. The chain plans to open on July 3 “in all markets where Cineplex is permitted by government and health authorities,” according to a statement.

“This is the lowest day-over-day increase since late March,” Health Minister Christine Elliott said in a tweet.

She added that 28 of Ontario’s 34 public health units are reporting five or fewer cases and 18 reported no new cases. Of today’s new cases, 126 or 70 per cent are in Toronto and Peel, she added.

The number of resolved cases are 27,213, up by 252 since yesterday. Eight more people have died in the province. In all, the virus has killed 2,527 people in Ontario.

There were 21,751 tests completed since the previous day and another 18,258 cases are under investigation.