COVID travelogue: My escape from pandemic chaos in the U.S.

Having lived in LA for many years now, I had never felt such a strong urge to seriously get the fuck out of Dodge 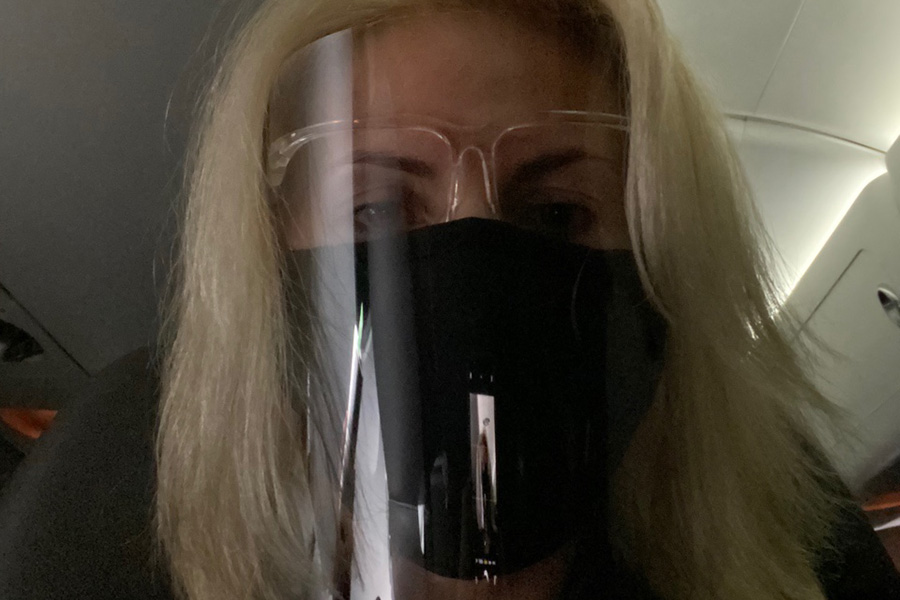 After making the difficult decision to leave the U.S. and return home to Canada amidst a global pandemic, my husband and I flew from Los Angeles to Toronto on December 1.

I was burnt out and desperately wanted to see my family, as well as enjoy the comfort of home after working for what seemed like a decade on the U.S. election. I’m sure many of you can relate, no matter where you are and what 2020 has thrown at you.

I am in the extremely fortunate position to be able to return home, across borders, despite the chaos. But the trip was a jarring experience – an eye-opening reminder of the contrast in attitudes towards the coronavirus between Americans and Canadians and the importance of the power of kindness in these politically trying times.

Having lived in LA for many years now, I had never felt such a strong urge to seriously get the fuck out of Dodge.

It all began as my husband and I enjoyed a U.S. Thanksgiving in Santa Monica.

A series of text messages began rolling in from friends, individually innocent enough, but annoying and exhausting as the trend continued. Each and everyone was telling me about some large gathering being hosted by someone they knew; a Thanksgiving dinner with 25 people; a wedding with over 50 people; friends eating outside with people not in their household. And all they all wanted to know is “Can you believe it?”

Yes, I can believe it. What do you want me to do about it?!

The texts were the tipping point.

I needed a change of scenery, and even welcomed the mandatory 14-day quarantine that awaited upon my return to Canada. I only told a handful of friends, expecting to get some push back about my plans to fly during the lockdown. They all asked if they could come with me, or somehow magically fit into my luggage. Every. Single. One.

We flew from LA to Charlotte and then Toronto. The flights could not have been more different.

On the LA to Charlotte flight, many passengers were annoyed about having to wear masks. Many took their masks off for the majority of the flight, which was severely discomforting in such a closed space. I saw the looks of disgust and frustration on the faces of the flight attendants.

The man across the aisle from us was getting drunk with his seatmate discussing Porsche auctions and conspiracy theories surrounding COVID-19. They both had come to the conclusion that you had to have an underlying health issue to die from the virus. Both were flying to visit their mothers who were in their 90s. No quarantine, no masks – and to my disgust – no shoes or socks on one of them. Just flip-flops. Sigh.

They were so loud that I could hear them even as I listened to Iggy Pop full-blast on my iPhone.

As passengers on our flight disembarked upon our arrival, we were directed to respect social distancing rules and exit the aircraft one row at a time. I waited to see if the obnoxious men would let the only woman in their row leave before them, but no. Instead, the barefoot Neanderthal bumped into me with his carry-on luggage. He apologized. I just shook my head. I wish I could have said more.

Walking around the Charlotte airport was a very different experience than LAX.

At LAX, I didn’t see one person without a mask. In Charlotte, it was the opposite. Groups were huddled in airport bars partying. Since LA hasn’t had indoor dining since March, this was horrifying to me.

My husband is a U.S. citizen and able to travel to Canada with me because he is family. But because we don’t have the same last name he was questioned by customs officials at every turn. I found myself having to leap to his defence like a bouncer at a nightclub.

As we approached the gate for our flight to Toronto, the tension lifted. There were people in masks, shields, gloves and there were temperature checks before we boarded the plane. Everyone was patient – unbelievably patient – to the point that we all waited in line for what seemed like 20 minutes as a woman couldn’t get her tennis racket stowed.

I was so thankful to soon be enjoying the beautiful skyline of Downtown Toronto from the sky. I can’t tell you how much I have missed this city, this country.

I received a call from a Government of Canada official following my arrival to ensure that I was, in fact, in quarantine. He asked if I was experiencing any symptoms and reminded me to use the ArriveCan app to track any possible COVID-19-related issues. He thanked me for following the rules.

He also sent his best wishes to anyone I may know who is suffering from this virus or has passed away. I started to cry. I do sadly know people who have passed away. His small gesture warmed my Grinch-sized heart.

The personal interaction made me wonder about the extent to which most Americans are feeling left behind by their government during the pandemic and the toxic impact that has made on politics stateside.

It’s difficult to stay positive when it seems the world has gone mad. But there is so much more kindness out there. It may be the ultimate antidote to overcoming this virus.

Elena Christopoulos is a commissioner for the City of Santa Monica. She has more than 20 years of experience working in sustainable energy and as a political consultant. She is currently under quarantine in Toronto.

6 responses to “COVID travelogue: My escape from pandemic chaos in the U.S.”