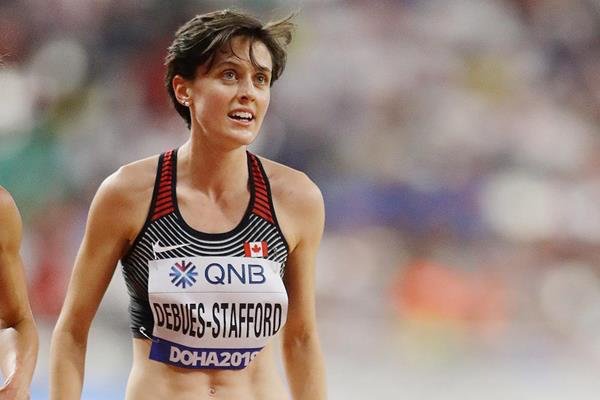 The International Olympic Committee (IOC) has released new guidelines banning athletes from any shows of political protest beginning with the upcoming 2020 Summer Olympics in Tokyo.

Rule 50 of the Olympic Charter already prohibits athletes from protesting, but until now the IOC did not clarify what constitutes a protest. The new guidelines specify that athletes are allowed to express themselves in news conferences and on social media but not on the field of play or at official ceremonies. The examples of prohibited forms of protest include kneeling, “politically motivated” hand gestures, messages on signs or armbands and any disruptions of medal ceremonies.

Athletes who fail to comply will be disciplined on a case-by-case basis, according to the IOC.

The IOC says it created the guidelines based on the idea that the Olympics, and sport in general, must remain apolitical. “It is a fundamental principle that sport is neutral and must be separate from political, religious or any other type of interference,” the IOC says.

But politics is increasingly becoming part of the sports arena as athletes like footballer Colin Kaepernick and basketball star LeBron James use the power of celebrity to bring racism and other social justice issues to the forefront. There is also a long history of political protest at the Olympic Games.

It was just two years ago, for example, that IOC president Thomas Bach declared that a joint bid by North and South Korea for the 2032 Olympics was “one further step showing how sport can once more make a contribution to peace on the Korean Peninsula and the world.”

This is why the IOC’s ban looks to critics like an attempt by the international organization to accept that sports and politics coexist only in ways they are comfortable with. Athletes have more power and influence than ever before, and organizations like the IOC – who have sponsors and host nations to keep happy – are starting to realize it.

“[The IOC] has violated the freedom of speech of athletes and citizens in democratic countries that protect those freedoms in their constitutions or charters of human rights,” says Helen Jefferson Lenskyj, a professor emeritus at the University of Toronto and author of eight books on what she calls the “Olympic industry.”

“The Olympic industry can enforce these restrictions on the grounds that sport is neutral and sport is special,” says Lenskyj. “It’s neither.”

But rather than stifle political debate, Simon Darnell, an assistant professor specializing in Sport for Development & Peace at the University of Toronto, offers that the IOC’s ban may actually encourage athletes to speak out.

“The more you tell any political activist, including athletes, that you can’t do something, that increases the significance of doing it,” says Darnell. “In some ways, this does set up a situation where athletes might be more encouraged to speak out.”

“The Olympics is our one opportunity every four years where the world is watching us compete,” says DeBues-Stafford. “We can take a knee, raise our fist or refuse to share a podium with a doper. These small gestures are not disruptive, but they are powerful. People notice. People talk about the issue. And hopefully, the discussion might lead to some change.

“So being banned – not just discouraged, but outright banned from protesting at the moment when most eyes are on us, is infuriating.”