NOW MagazineNewsParkdale fights back against Ford cuts in neighbourhood rally

Parkdale fights back against Ford cuts in neighbourhood rally

Residents, students and local activists protested against the province’s sweeping cuts and threats to sell the Ontario Food Terminal 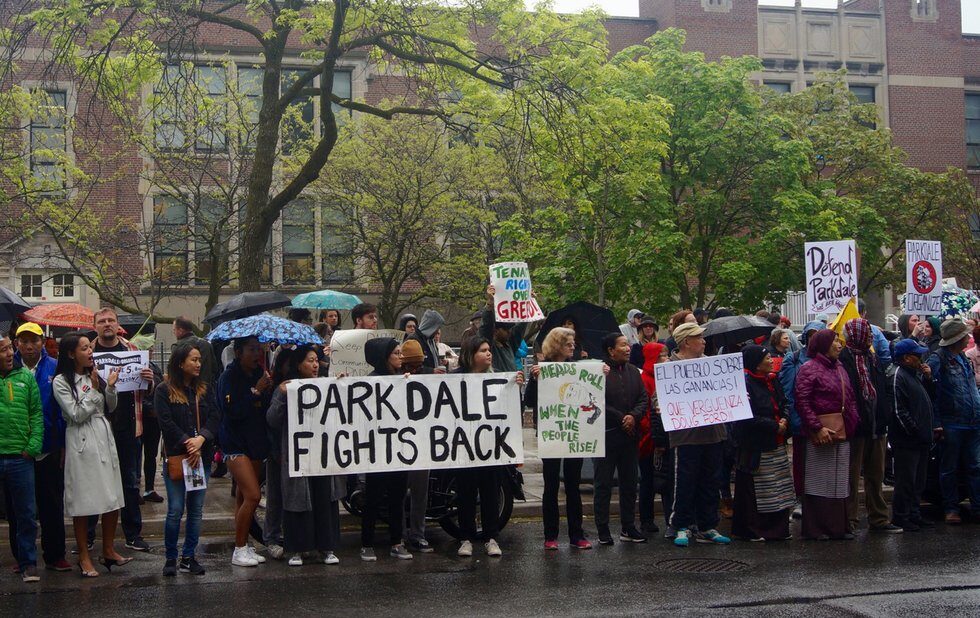 In reaction to Doug Ford’s continues cuts to education, healthcare and legal aid funding, around 200 people in Parkdale rallied together this morning to push back against provincial decisions that will threaten the livelihood of many in the neighbourhood.

Today (June 5) at 8 am, residents, elementary school students, local teachers and activists gathered in front of Parkdale Collegiate Institute and along Jameson armed with protest signs. The rally, spearheaded by grassroots affordable housing advocacy group Parkdale Organize, was a way for the community to come together and push back against Ford’s cutbacks.

Many of the speakers, ranging from local teachers to long-time Tibetan residents, noted how the cuts to Legal Aid Ontario, which funds Parkdale Community Legal Services, will have a significant impact on the neighbourhood. The neighbourhood legal clinic has been integral in helping tenants organize rent strikes and fight above-guideline rent increases.

The rally also highlighted the threats to the Ontario Food Terminal, located in Etobicoke near Queensway and Park Lawn, where many Parkdale residents work. In April, the Ford government announced it was reviewing the provincially-owned terminal. Now, wholesalers, farmers and independent grocers are worried that the government plans to sell the land or move the market.

We talked to residents, students and activists about why they chose to protest this morning. 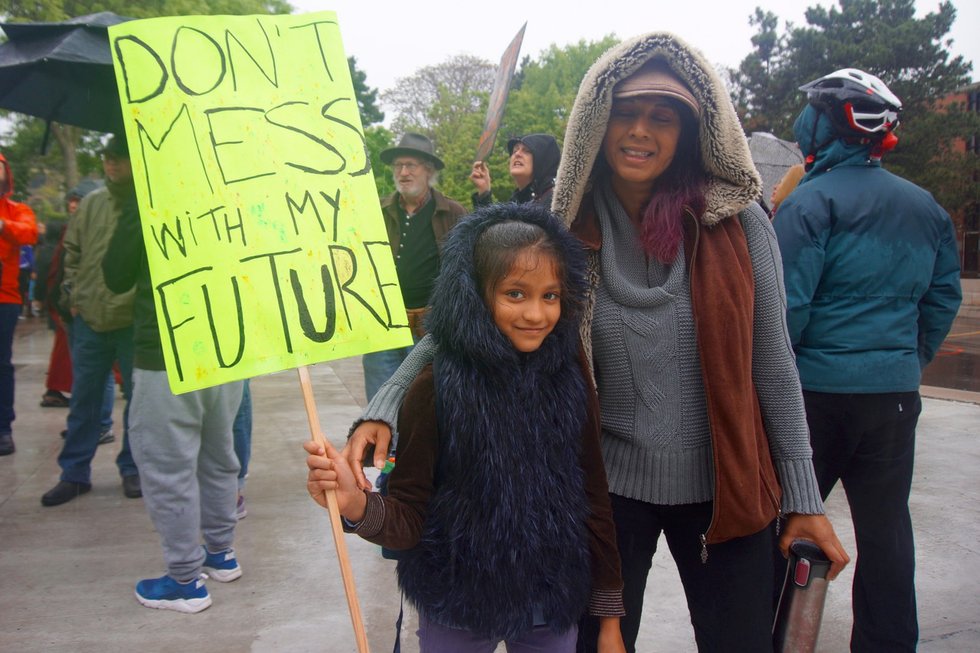 “Parkdale is our home and our community. I came here as a single mother and it embraced me and helped me so much. We believe in the rights of the people, and Ford is taking that away from us. What the Ford government is doing will affect this neighbourhood most of all. We’re a neighbourhood of immigrants, refugees, impoverished and marginalized people. This is the frontline right here. We’re not letting it happen.” 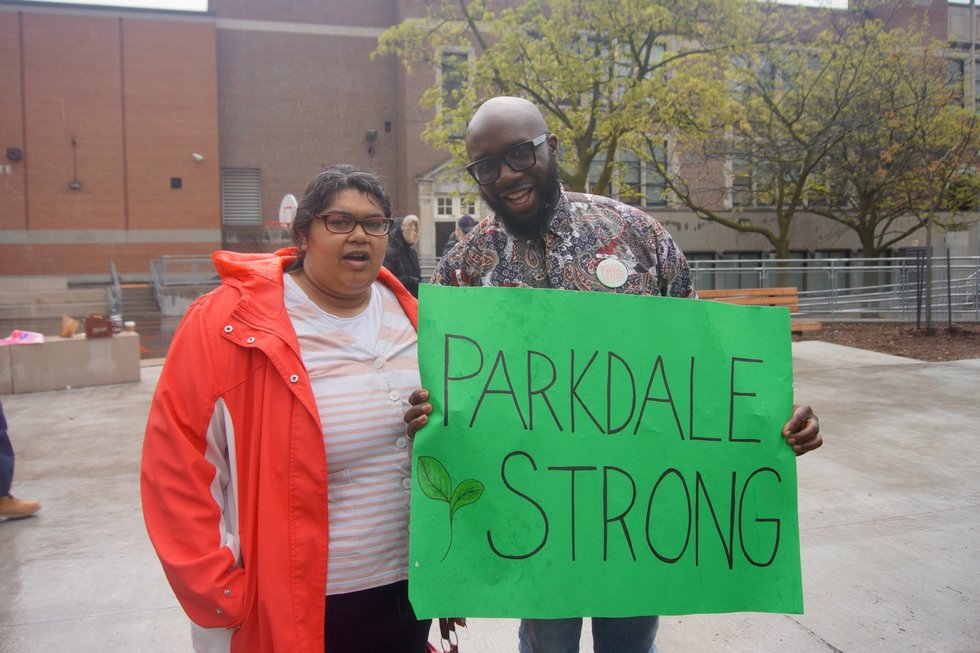 Nadia (left), resident and organizer with $15 and Fairness, with Paul Taylor, seeking the NDP federal nomination for Parkdale-High Park and executive director of FoodShare Toronto

Nadia: “My mom and I have lived in this community for a long time. My mom has close bonds with the staff of Parkdale Community Legal Services. They do amazing work. I’m here to show my support. Without this legal clinic and without their services, people’s [lives] will fall apart. We need to put pressure on the government. If we put pressure on the government, changes will happen.

Paul Taylor: “I think unequivocally there’s a war on low-income people. Whether they’re precariously housed or precariously employed, they’re under the greatest amount of stress. I’m here in solidarity because I think we really need to be pushing back. I believe housing is the biggest issue facing Parkdale. I’ve talked to so many people who lived in the community and have been displaced and renovicted. They lose the connection to their community, their food, and it’s pretty traumatizing. We need to mobilize around issues and think about how we can work together from various sectors of the community to come up with our own demands.” 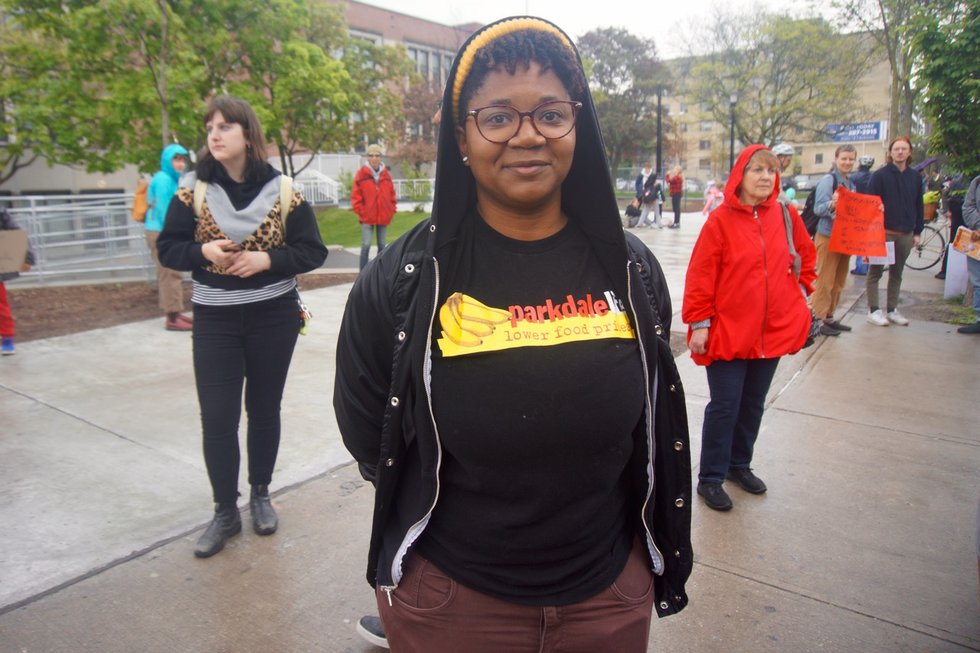 “In the eight years I’ve lived here, I’ve seen entire families either displaced or removed because they can’t afford their rent or they don’t have proper legal aid to defend themselves. Two years ago, I was involved in the MetCap rent strike and I saw how community engagement can be so powerful. The fact that people from all different buildings were able to come together and fight against a large corporation like MetCap and win, that was the catalyst for my engagement.

“We’re out here today protesting the cuts in funding to schools Parkdale Community Legal Services is potentially being displaced from the community and the Ontario Food Terminal, which is close by and supplies groceries to the entire city, is run by the people in this community. They wake up so early to go to work for us and they need a voice as well. It’s important that as a community we stand up and show those people that we’re there with them. We might not be a Food Terminal worker, but we still stand with them. We’re seeing that people are willing to pick up the banner for not only themselves, but also their neighbours.” 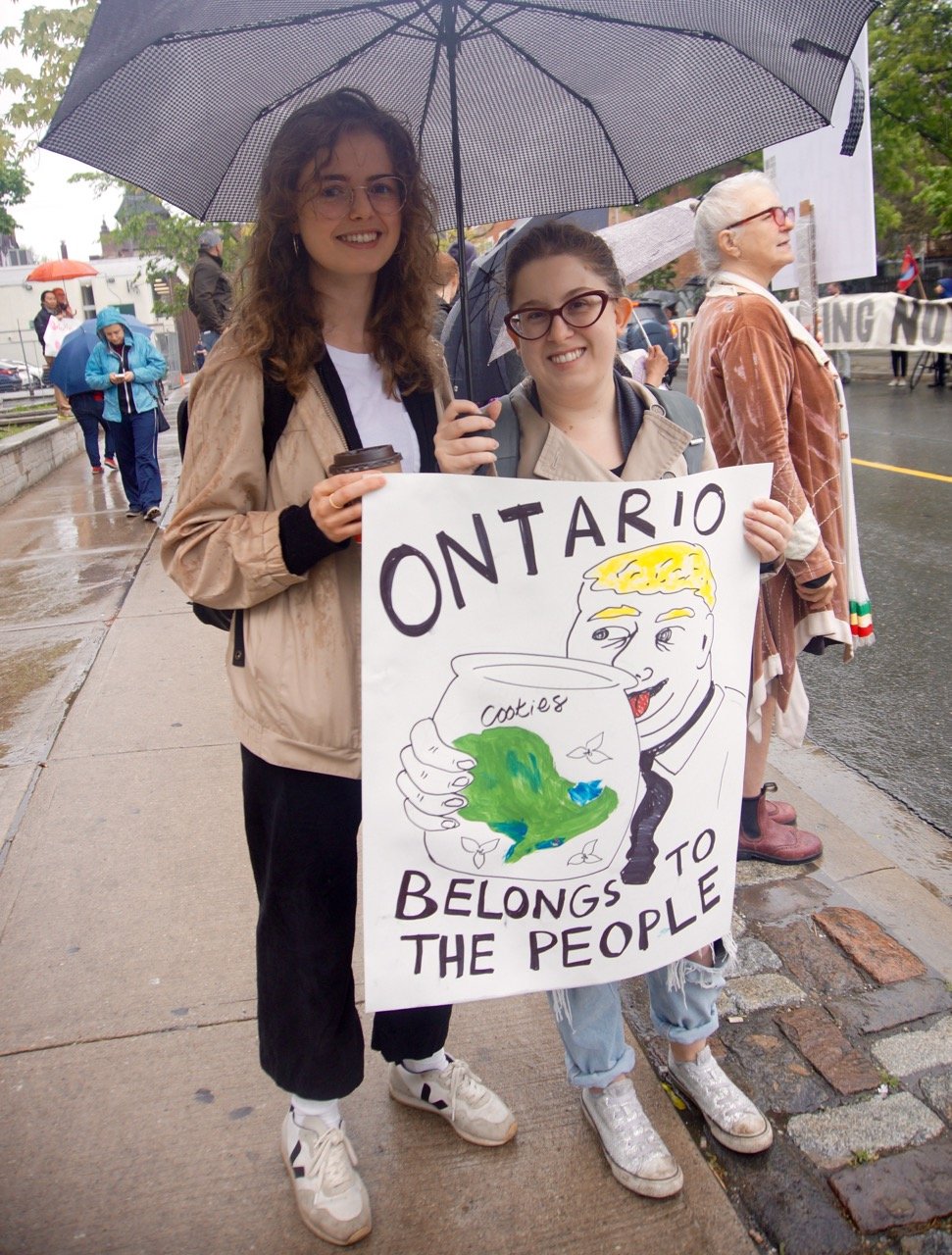 Mischa: “We’re both law students right now and we’re interested in public interest law. It’s so important to have essential legal services for communities because so often law is tailored to the rich people. There needs to be places like Parkdale Legal Community Services to ensure everybody gets the right to defend their rights.”

Eliza: “Legal Aid Ontario is planning to cut funding to the Parkdale clinic, which offers essential services to people in the community. I’m here because I think that’s wrong.” 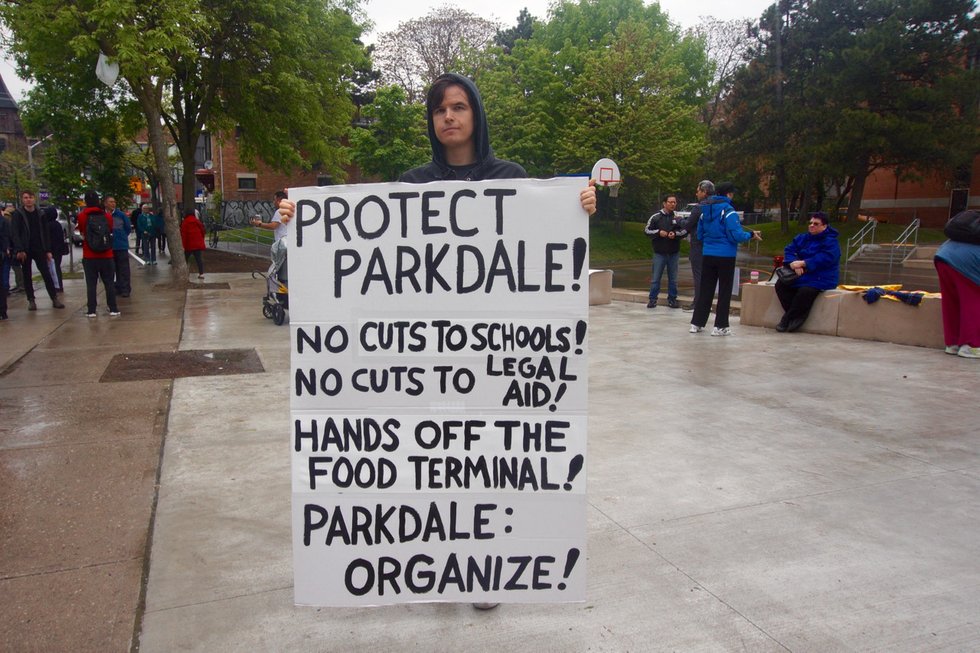 “Parkdale Legal Community Services has helped a lot of people in the neighbourhood, including myself, to fight wrongful evictions. If we lose that resource, it’s going to open the floodgates for landlords to be able to push people out, raise rents and inherently change the entire neighbourhood to something else. We want to hold other rallies. If teachers go on strike, we’ll support them. If the government tries to sell off the Ontario Food Terminal land, we will be at demonstrations down there too.”