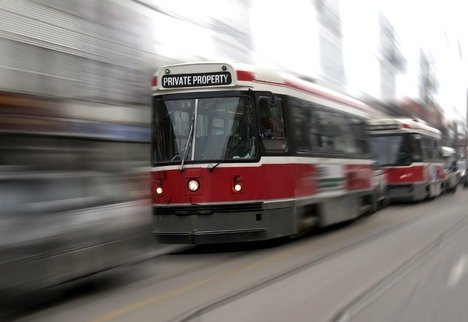 Miller’s mystery media conference (March 10) turned into an announcement that the city has $100 million more in its coffers than it thought – and that the proposed tax increase has been revised downward to 2.9 per cent from 4.

All to the good, really, because what’s scary about watching the current fiscal debate is the way the range of possible discussion is shrinking.

At hearings last week, budget chief Shelley Carrol took pains to point out that the budget, as recommend, is balanced.

“It’s balanced because I paid for it!” shouted one deputant. Well, I thought to myself, not you alone, but, yes, you are essentially correct. Welcome to civilization!

“You just raise [taxes] until you get the money you need!” interjected another. That is the nature of a tax, yes. Why are we here again?

Taxes are a convenience charge for not having to know your neighbours. You don’t all have to get together to figure out how to keep the street clean, because strangers will come around in giant trucks and pick up your trash for you! And you don’t even have to be nice to them. Outstanding.

But instead of trade-offs, we’re discussing false dichotomies: gut the bike plan or freeze it? Slash transit or sell it? Apparently, a mayoral race is now just a contest to see who can dismantle public services quicker.

In the rush, words are starting to mean whatever those with the resources say they mean. It’s early days, but let’s, in the name of mental self-defence, begin compiling a People’s Glossary Of Bullshit. Here’s my initial contribution.

Consider that most of the budget is staff most staffing growth is in the TTC, plus welfare, police and other mandated services. “Hiring freeze” is a way to say “Cut services” without saying “Cut services,” and exploits the baffling public antipathy toward the fact that services are run by, you know, city workers.

According to conservatives, the city auditor is bound by chains of socialism. “Unleash him!” they say. He was unleashed. He made a report last February. He said most lost money is in unenforceable unpaid traffic tickets. But demanding an audit when you don’t get your way is an easy way to indirectly accuse staff of incompetence without getting sued.

Don’t assume the city would see much of the money made by selling our infrastructure. Investment firms would score hundreds of millions. So would the purchasing companies. If the city can’t make a profit on the TTC, how would private companies? By breaking up the network into smaller outfits, ending accountability and service planning and boosting fares, that’s how.

See also “Selling the walls to pay the rent.”

Debt is how both governments and individuals pay for large things. When people say the city’s debt is too high, they’re saying Toronto doesn’t need to fix the roads that they’ve already said Toronto needs to fix. When folks like George Smitherman say it, they’re saying the Liberals never really had a problem with Harris-era cuts to capital investment.

THE CITY HAS AN EXPENDITURE PROBLEM

This is conservative slang for “The city has a revenue problem.” The provincial Liberals continue through smooth talk what the Tories did via sudden shock. Liberals offer token welfare bump-ups, grudging social service uploads, and transit “funding” more akin to keeping an addict on the hook than to anything approaching effective. Concessions are only made to stave off the outright revolt of the 90s.

A NEW MAYOR WILL FIX THINGS

The 2010 election is turning out to be a referendum on whether there will be equal opportunities in this city. It’s also a chance for the rich, after enduring seven years of centrism (which the press convinced us was leftism), to get even.