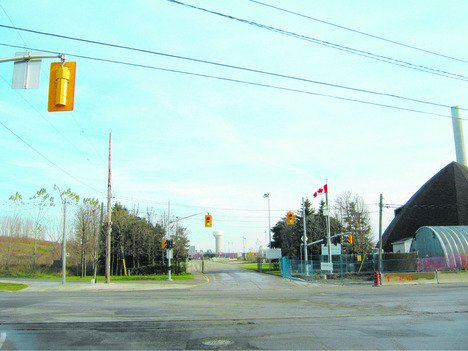 Deal for 18 acres near Ashbridges Bay thatll be used for TTC yard leaves waterfront communities out of the loop.

Deal for 18 acres near Ashbridges Bay that’ll be used for TTC yard leaves waterfront communities out of the loop.

We may now have an inkling why the mayor has been so muted lately in his criticism of the Toronto Port Authority.[rssbreak]

Seems the mayor’s office, councillors in his inner circle and senior city staff have been cooking up a deal with the oft-maligned TPA.

Yes, the same Tory cronies who’ve been messing with the city’s plans for a green waterfront, not to mention reneging on millions in unpaid property taxes.

The city and the Authority have done the unthinkable and come to an agreement related to a long-simmering legal fight over the TPA’s (then called the Harbour Commission) transfer of port land to Toronto.

Under the settlement struck last week, the details of which were announced by the TPA on November 25, the TPA gets $11.7 million, plus $380,000 in ferry fees the city has withheld during the dispute.

The city gets $6.4 million in “payments in lieu of taxes,” plus an 18-acre parcel of land for $1 at the foot of Leslie and Lake Shore that the TTC intends to use for its Leslie Street streetcar facility.

Great news for the city and the TTC, says TPA chair Mark McQueen.

“The TPA is looking forward to putting past conflicts with the city behind it and beginning a new era of cooperation,” says McQueen, who managed to spare a compliment for Mayor David Miller on the deal in his blog about it.

“He deserves much credit for pulling hard on the oars at his end.” Next we’ll be talking a bridge to the Island Airport. Did I just say “bridge”?

Some councillors are hailing the pact as the first bit of good news to come from the long-acrimonious relationship.

But not so fast, says Brian Iler of CommunityAir. He says the city should have never agreed to the deal, a botched holdover from the Lastman era.

“There’s no dispute over the land at Leslie and Lake Shore. The city needs it for the TTC yard, and the TPA can’t do anything with it, so it properly agrees to hand it over for a dollar. But what the TPA did was insist, as a condition of handing it over, that the payments under the Lastman council settlement be paid up, while refusing to pay the $38 million the city says is owed on taxes.”

Where do the concerns of waterfront communities fit into all this?

“If this agreement is intended to comprehensively address all the outstanding issues with the TPA, then why was not one community issue addressed?”