In a video statement, Khaleel Seivwright called the city's injunction application a "distraction" 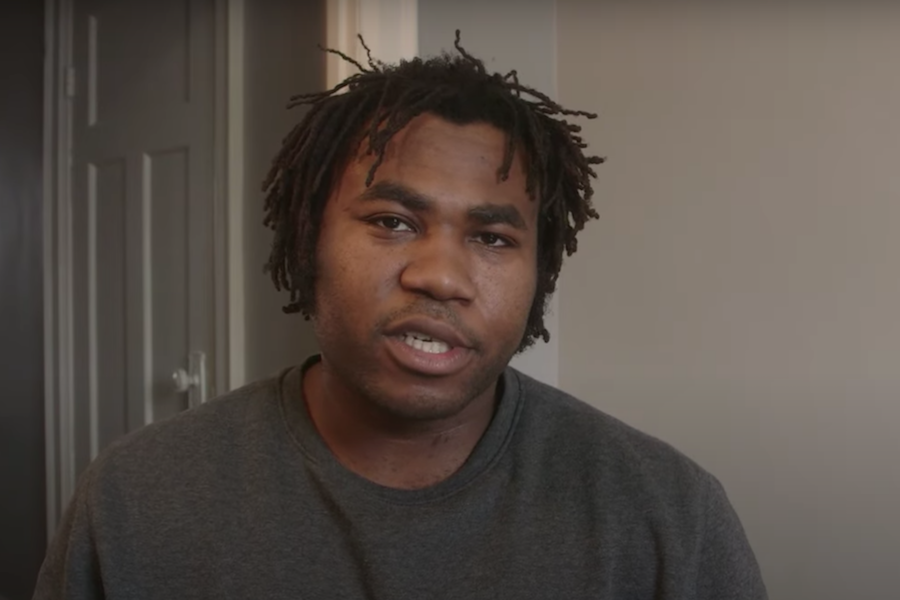 The Scarborough carpenter behind the Toronto Tiny Shelters project to house homeless people in public parks has asked the city to drop an injunction application to stop him from building the wooden shelters.

“With winter approaching, I knew that without shelter people would die as they do in Toronto every year,” says Khaleel Seivwright, reading from a prepared statement in a video posted on YouTube. “I started building Tiny Shelters so some of the most vulnerable would have somewhere warm to go.”

Seivwright calls the city’s legal action a “distraction,” arguing that the money being spent on the case should be redirected to providing safe housing.

“The problem is that Toronto’s most vulnerable people are falling through the cracks. Toronto shelters are too often at capacity,” Seivwright says. “People tell me they have nowhere to go. It’s February. The city should not be removing or destroying Tiny Shelters until real alternatives exist and COVID-19 is under control.”

On Friday, the city filed an injunction application in Ontario Superior Court

The application seeks to “permanently” restrain Seivwright “from placing and/or relocating structures on City-owned land or otherwise creating a nuisance or interfering with the City’s rights as owner and occupier of its land.”

The legal action comes after the city sent the carpenter a warning letter last November, stating the structures are “illegal” and “violate city bylaws.”

In the legal documents, the city argues the structures, which are insulated, are unsafe. The city says that on February 17, fire officials found the body of a man in the remains of a wooden structure in a Corktown encampment. Seivwright’s Tiny Shelters have not been linked to the Corktown death.

Encampment fires have increased 250 per cent from 2019 to 2020, the city has said, as they’ve become more common sights around Toronto during the pandemic.

On February 11, Seivwright posted an update on his GoFundMe page stating he had stopped building the wooden shelters but would continue maintenance and relocation of the structures “as people staying outside get into housing.”

He also turned off the ability to donate to the page, which has raised $222,000.

In the YouTube video, he refers further questions to his legal reps.

Watch the full video statement from Khaleel Seivwright below: