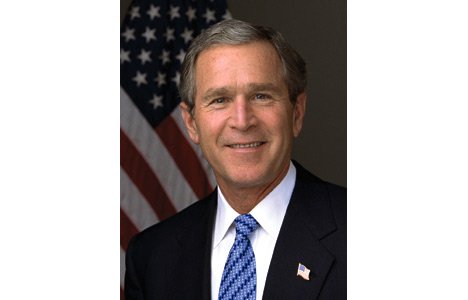 January 2001 George W. is sworn in as president of the United States. The Ivy League playboy becomes born-again leader of the free world. We wish he’d stayed on his ranch in Crawford, Texas.

July 2001 Canada becomes the first country in the world to sanction and regulate the medicinal use of marijuana.

April 2003 SARS strikes fear into the heart of the city. Thirty dead.

December 2003 Saddam Hussein is found hiding in a hole in the ground somewhere in the Iraq desert.

February 2004 Tens of thousands innocent dead civilians later the U.S. admits there were no weapons of mass destruction in Iraq.

February 2005 Toronto commits to reducing greenhouse gases by 20 per cent of 1990 levels.

March 2005 The Harper years are upon us. War resisters get no sympathy from the feds: the refugee board decides the Iraq War’s illegality is not valid grounds for refugee status.

July 2005 Sovereignty goes up in smoke. Canuck cops arrest Prince of Pot and seed salesman Marc Emery at the request of the U.S. Drug Enforcement Administration.

March 2006 Toronto joins the modern tech revolution announcing the city will be a wireless hot spot by the fall. Um, we’re still waiting.

April 2006 Urban planning guru Jane Jacobs, an indomitable force for good in our fair city, leaves us for the great big gig up in the sky.

February 2008 Fire razes the historic Queen West strip between Portland and Bathurst. Queen will never be the same.

March 2008 One-time media baron Conrad Black plays Icarus in his own literary tragedy and heads to the hoosegow in Florida after being found guilty of defrauding shareholders.

April 2008 Reservists with the Queen’s Own Rifles reverse themselves and plead guilty to the beating death of homeless man Paul Croutch while he slept on a bench in Moss Park.

June 2008 NDP leader Howard Hampton says sayonara, too late for some, blaming the media for dumbing down politics to sound bites on the 6 o’clock news.

December 2008 After a 20-year run, Much’s The New Music gets the axe. Video killed the video star?

January 2009 Barack Obama is inaugurated as U.S. president. Hope surges in Canada for the end of neo-con tyranny, while Israel invades Gaza. Eight Jewish women take over the Israeli Consulate on Bloor.

February 2009 Libs introduce The Green Energy Act, a stunning victory for decentralized green energy – if it doesn’t get hijacked by Big Power.

September 2009 Former attorney general Michael Bryant is charged after an altercation in his car with cyclist Darcy Allan Sheppard.