Toronto strikes deal with province to save part of the Foundry 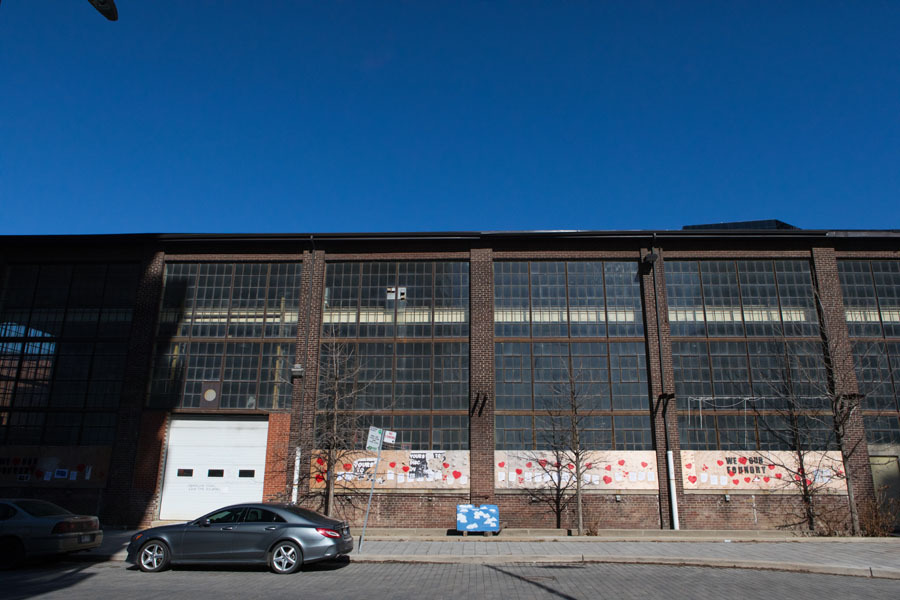 Parts of Foundry complex will remain in place after the City of Toronto and the province reached a deal that will save part of the century-old site.

Located at 153-185 Eastern, the Dominion Wheel and Foundries Company is the largest concentration of heritage buildings in the 40-hectare West Don Lands area.

Protests and a legal battle erupted in January after the Ontario government, which owns the property, began tearing down the buildings without warning.

The province had sold the site to an undisclosed condo developer in September and used a Ministerial Zoning Order (MZO) to clear the way for development despite the buildings’ heritage designation.

On Friday, Toronto officials released a statement that said the city and Queen’s Park have agreed “in principle” to “conserving the cultural heritage value of the property, while also providing for affordable housing.

“The plan includes the retention of many features of the site and the demolition of others,” the statement reads.

Under the agreement, which is based on recommendations by CORE Architects, the buildings known as the Cleaning Room and the Machine Shops will be preserved, as will the two-storey brick wall on Palace Street. The Warehouse and Office buildings will be demolished.

In a report evaluating the site’s cultural heritage value, the Cleaning Room and the Machine Shops are described as “excellent examples representative of mid-twentieth century industrial-type buildings,” while the Warehouse and the Office are deemed “typical modest office-type buildings of their period.”

Additionally, CORE said in the report that the buildings had to be torn down due to “program requirements, the site conditions and heritage-related constructability issues.”

A post shared by Friends of the Foundry (@friendsofthefoundry)

The demolition of the buildings were initially halted after the St. Lawrence Neighbourhood filed an application for a court injunction. Virtual community consultations took place later in the year, during which all major community stakeholders agreed the redeveloped site should include affordable housing.

The group Friends of the Foundry waged a public awareness campaign around the site’s future and released two alternate development proposals in February. On Friday, the community group declared the site “saved” in a statement on Instagram.

“The province is now pivoting to an adaptive-reuse approach to the Foundry,” the group said.

During web-based consultations, 95 per cent of respondents said heritage preservation should be a priority. Forty-four per cent supported affordable housing and 51 per cent were “silent on the topic,” according to Infrastructure Ontario’s cultural heritage evaluation report.

“Just under a fifth of the submissions mentioned one of the community groups’ proposals or made their own suggestions about how the site should be used,” the report states. “A fifth of the respondents specifically advocated for the site to be used for community space, citing the example of the Distillery District and suggesting uses such as event space, farmer’s market, green space and an urban farm. Three respondents supported demolishing the heritage buildings.”

Designs for the redevelopment are in “a state of evolution,” according to the report, and were not part of the public consultations.

Around half of respondents to the web-based consultations had concerns regarding the consultation process – namely around the lack of public consultation early in the process.

Read more about the historical importance of the Foundry buildings here.