We live in a time that needs diverse stories, and the finalists for the prestigious Ontario Trillium Award/Prix Trillium 2018.

We live in a time that needs diverse stories, and the finalists for the prestigious Ontario Trillium Award/Prix Trillium 2018 emphatically deliver.

The authors themselves represent a myriad of communities in Ontario while telling stories through an inclusive lens that redefine whats possible in the literary world from apocalyptic visions of human-hunting to rich suburban portraiture, to an intimate pensee on birding.

English- and French-language Trillium winners are each awarded $20,000 for demonstrating literary excellence in a work published during the previous calendar year. Their publishers also get $2,500 each, and all finalists receive a $500 honourarium. All totalled, over $75,000 is distributed amongst Trillium winners, delivered by the Ontario Media Development Corporation (OMDC), who will be announced later this month.

Meanwhile, the public is invited to a free June 20 public event where each finalist author will take the stage to read from their book at Toronto Reference Library (789 Yonge). Full event details here.

The book: Published by DCB/Cormorant Books, The Marrow Thieves is set in an apocalyptic world where North Americas Indigenous peoples are being hunted for their bone marrow. The thieves use the substance to regain the ability to dream, which the wider population has all but lost. The book was championed by Jully Black in CBCs Canada Reads competition earlier this year.

The author: Dimaline was the first Aboriginal Writer in Residence for the Toronto Public Library and the founding editor of Muskrat Magazine. Her other books include Red Rooms, The Girl Who Grew a Galaxy and A Gentle Habit.

The book: Published by Arsenal Pulp Press, Scarborough follows a collection of characters who each highlight a different aspect of life in the Toronto suburb. Ranging from a Black artist harassed by police to a West Indian restaurant owner struggling to stay afloat to a Muslim school worker who witnesses how poverty affects education. Hernandez has appeared in one of our annual Love Your Body issues and we also profiled her when the novel was published last year.

The author: Hernandez identifies as a queer woman of colour who is also a mother and activist. She works in theatre, both as the artistic director of b current performing arts and as a playwright with past residencies at Theatre Passe Muraille, Shaw Festival Theatre, Buddies in Bad Times and elsewhere. CBC Books named her a “writer to watch.”

The book: Published by Doubleday Canada, this memoir focuses closely on Maclear’s friendship with a musician who discovers a deep love for the birds of Toronto. The author uses birding as a kind of lens to discuss what can be learned from being consumed by a passion. We named it one of the 10 best books of 2017, describing it as a “gorgeous personal statement that has universal implications.”

The author: Maclear has earned degrees in fine art and cultural studies from University of Toronto. Now a doctoral student at York, she has written two novels The Letter Opener and Stray Love in addition to children’s books.

The book: Published by Doubleday Canada, this nonfiction book spotlights Dr. Makalyk’s experiences in a Toronto trauma centre and an Addis Ababa teaching hospital. He provides insight into the similarities of hospital emergency rooms and how they can reveal so much about humans despite differences in culture, resources and medicine.

The author: Winner of the 2017 Hilary Weston Writers’ Prize for Nonfiction, Maskalyk’s previous works include Six Months in Sudan. He continues to be a member of Doctors Without Borders and works in Toronto and Addis Ababa.

The book: Published by McClelland and Stewart, Rosenblum’s first novel follows the unexpected disappearance of a restaurant worker and how it affects the lives of those around her. The book comes after the success of two short story collections, The Big Dream and Once.

The author: Rosenblum’s short fiction has won her the Metcalf-Rooke Award and has been shortlisted for the Journey Prize, which recognizes short stories first published in Canadian journals. She’s also been shortlisted for National Magazine Awards and the Danuta Gleed Literary Award.

The book: Published by House of Anansi Press, this book of stories and songs engages the reader through evocative fragments that envision a poetic, decolonized landscape. Interactions with natural environments provide moments of insight about issues facing Indigenous and non-Indigneous peoples in Canada.

The author: Simpson is a Nishnaabeg storyteller, scholar and musician who recently began a residency at Ryerson University. She is a member of the Alderville First Nation and holds a Ph.D. from the University of Manitoba. Her previous works include the book Islands of Decolonial Love and album f(l)ight.

The book: Published by Biblioasis, this collection of short and playful poems circle around the themes of love and death. It is Coluccio’s second book of poetry.

The author: Coluccio’s work has appeared in The Walrus and three anthologies.

The book: Published by Mansfield Press, The Better Monsters is Dutt’s debut collection. The poems channel unique identities and look at the effects of racism.

The author: Dutt’s work has been published in a chapbook as well as various journals and anthologies. She writes and teaches in Toronto.

The book: Published by McClelland and Stewart, Wang’s poems in this debut collection look at the complications in modern lifestyles through observant character voices.

The author: Toronto-based Wang has previously written two chapbooks and won Prism international’s Poetry Contest. She holds an MA from the University of Toronto.

Find out more about the OMDC and the Trillium Book Award/Prix Trillium. 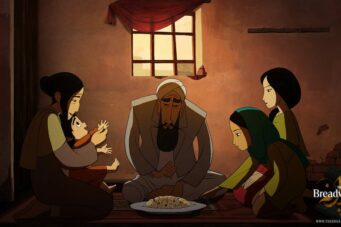 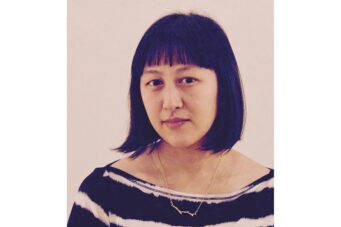 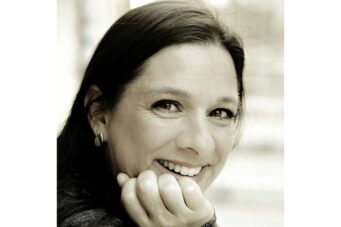