NUIT BLANCHE all over town, Saturday and Sunday (October 1 and 2), sundown to sunrise. Free. nbto.com.

Without its sponsor, Scotiabank, the all-night art party is slightly leaner this year. But there are still scores of opportunities to see what artists dream up when they’re invited to transform our city.

In addition to special projects at major institutions and independant entries, curated shows are divvied up into four zones. At City Hall (100 Queen West), Oblivion, curated by local art profs Janine Marchessault and Michael Prokopow focuses on the death of the sun.

For Militant Nostalgia (John from Dundas to Front), 10 shows curated by Chile-based Paco Barragán explore contemporary attempts to move toward a better world despite despair over failed 20th-century theories and ideologies.

Veteran of the 90s underground art scene in China, Camille Hong Xin, now based in New York City, curates And The Transformation Reveals (Bay from Dundas to Front), 10 projects that use the concept of metamorphosis to create transformative mind-body experiences.

And the 10 shows in Montreal curator Louise Déry’s Facing The Sky look to restore the magic of the night to a sky blighted by communication signals and government spying. (Queens Quay West from Bay to Harbourfront Centre).

So come and immerse yourself. 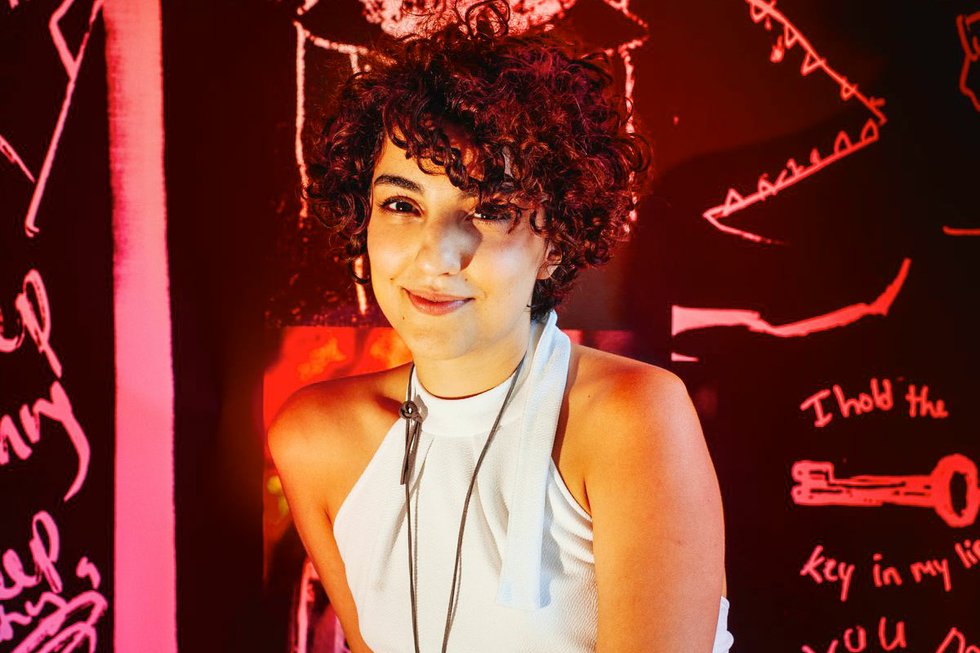 Toronto, Montreal and New York City. She sees these bathroom drawings and writings as part of an “invisible underground feminine culture.” For 401 Richmond’s building-wide Nuit Blanche event, Built For Art: A Secret Garden, Saleki prints her photos on semi-transparent paper and mounts them on the walls and ceiling of a greenhouse.

Inspired by discovering that a Bosnian hotel pool where she’d enjoyed a swim had been used to store corpses during the civil war, architect Cosovic creates what she calls a “perverted pool.” It’s part of her exploration of environments in the background of media representations of war, ordinary spaces that morph into sites of horror, and how such images inure people to scenes of distant conflicts. She even promises a visit from the CBC’s Anna Maria Tremonti, who reported on the war in Yugoslavia. 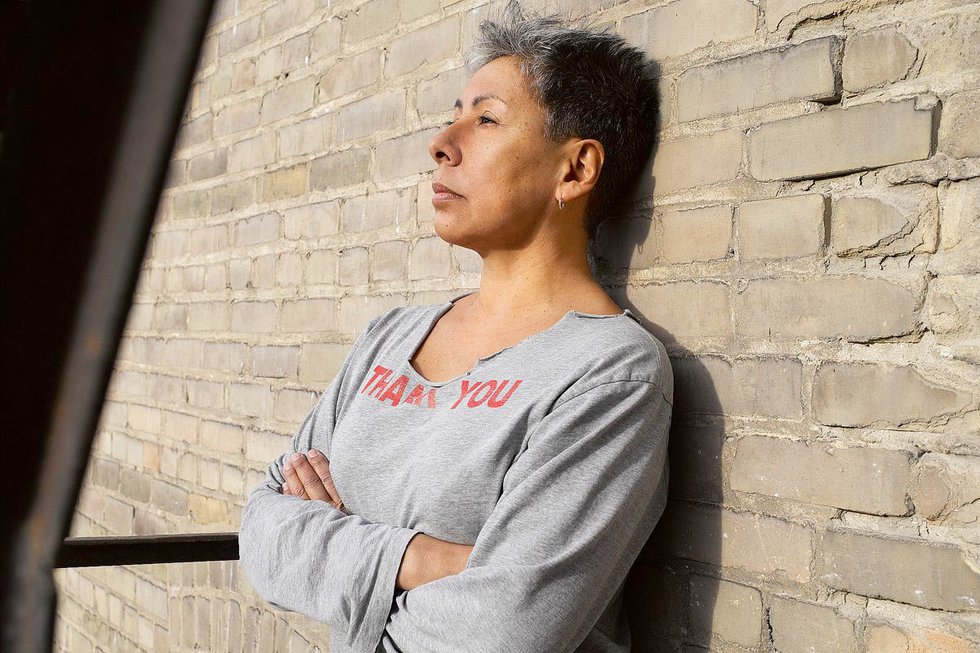 We don’t know yet what Belmore, one of several artists returning to Nuit Blanche (she was featured on NOW’s cover in 2009), will install live at the AGO’s Walker Court. Maybe something related to the protests now going on at Standing Rock against the Dakota Access pipeline? The First Nation performance artist has a reputation for putting an intense, personal and visceral stamp on complex issues like water and land rights, murdered and missing women and war. We can be sure, though, that this event will be well attended. 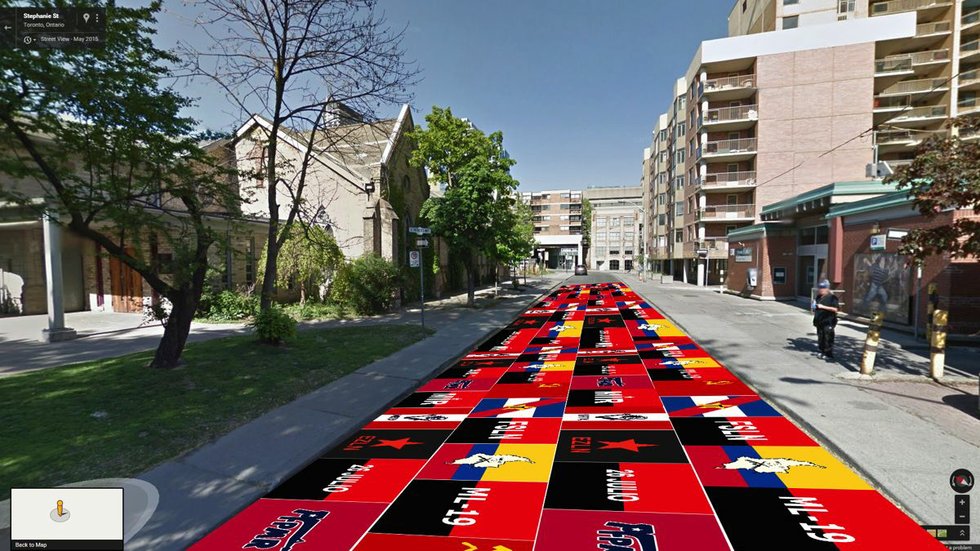 The Chilean artist in past work has incorporated communist and other ideological symbols into constructions made of human bones and whimsical paintings. For Nuit Blanche, he carpets a street with flags of failed Latin American revolutionary movements, exploring both the hopes and dreams of utopian projects and their dark side of violence and terrorism while comparing them with art that challenges the status quo.

AND THE TRANSFORMATION REVEALS 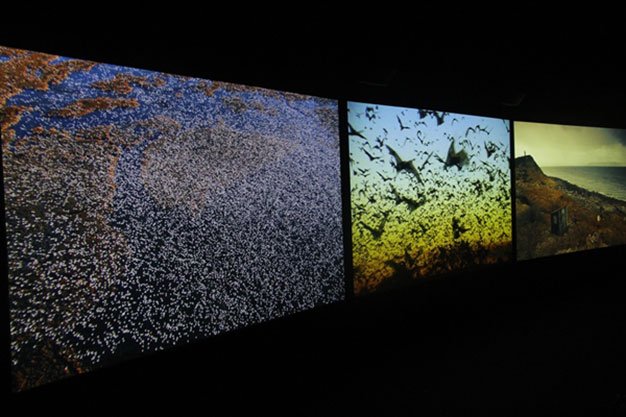 Although video recycled from other art shows (in this case the 2015 Venice Biennale) sometimes fails to hold people’s attention amid the hoopla of Nuit Blanche, I’m excited about this three-channel work by the Ghana-born British filmmaker, whose video was the centrepiece of the Power Plant’s extraordinary The Unfinished Conversation show in 2015. Here, sea-going footage shot around the Isle of Skye, the Faroe Islands and Norway allows Akomfrah to pull in references to whaling and contemporary and past migrants. Akomfrah speaks at the DX library at 5:30 pm on Saturday (October 1). 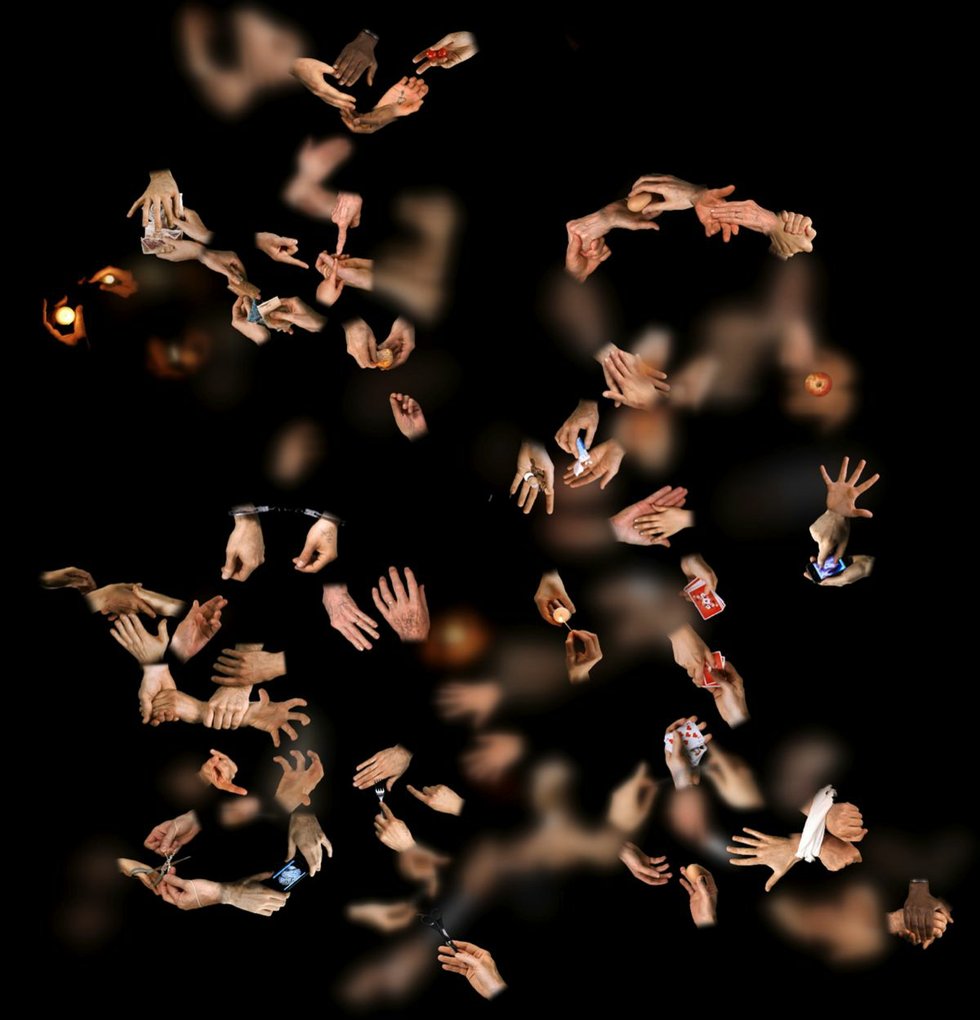 As viewers try to feel the boundaries of Rokeby’s invisible sculpture, its image, at first blurry and then more distinct as they get closer to touching its imaginary form, is projected onto the skin of their hands. A Toronto artist who’s been working with computers since the 80s and who focuses on engaging the human body, Rokeby has previously exhibited Hand-held in Lithuania and Spain. 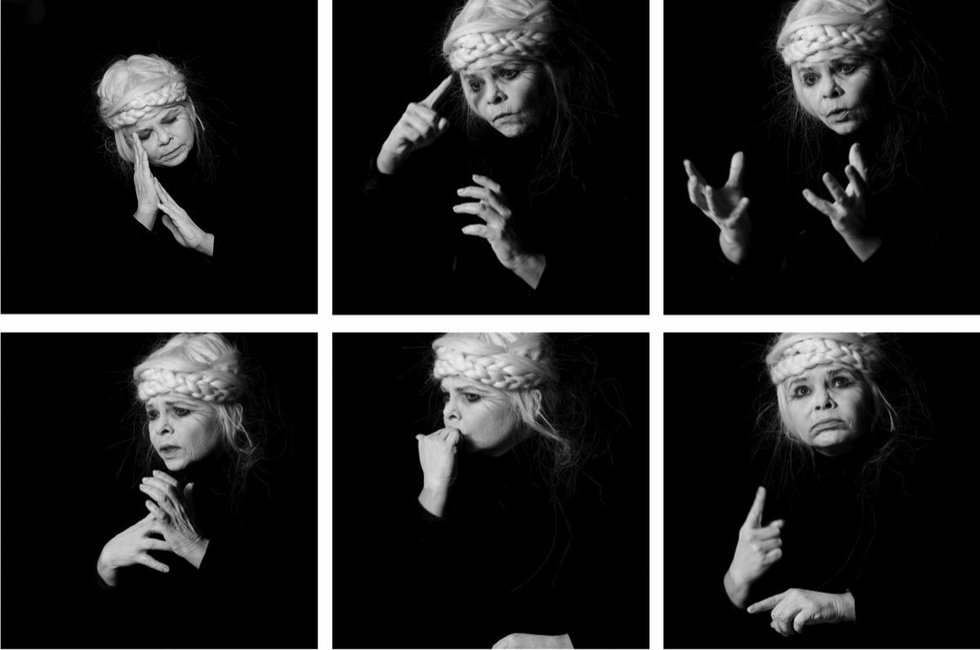 Like John Akomfrah, NOW readers’ perennial favourite local artist screens a work that debuted at the Venice Biennale. Part of her 2013 Music For Silence installation at the Canadian Pavilion, the black-and-white film features Beth Hutchison of the Canadian Hearing Society signing Boyle’s artist statement, which dedicates her exhibit to the silenced – including Indigenous people, losers, freaks and activists. Boyle said she intended Music For Silence as a respite from the “insane spectacle” of Venice, and the film could play the same role here. 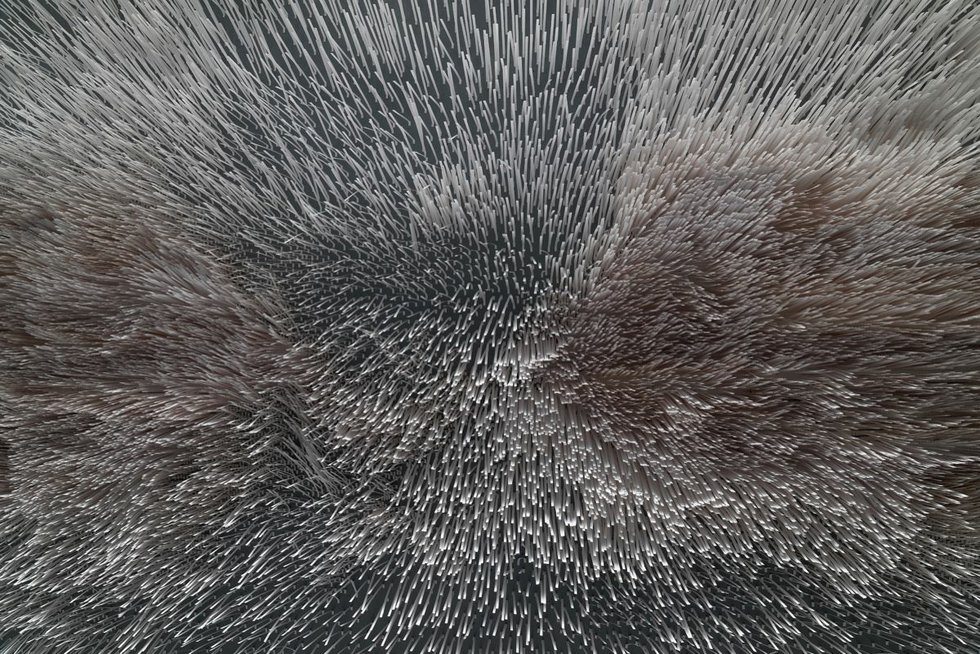 For something completely different, Fortier, a Quebec artist who also trained as a perfumer in Paris, mounts a scent installation in a walkway that is supposed to evoke the colours and experiences of the Toronto sky from dusk to dawn. Aromas include those of tar, fog, herbs and dewdrops. It sounds subtle, but odours, a largely untapped force in the visual arts, operate powerfully on a deep part of the mind and memory.

Since its beginning, photography has always had a slippery relationship with the truth. Fontcuberta makes it his mission in artwork and theoretical writing to promote skepticism around media and photographic representation, a habit he acquired growing up in Franco’s Spain. Inspired by an 18th-century Barcelona museum, the conceptual artist, who exhibits internationally, here documents hoaxes, possibly of his own creation, involving the night sky and 20th-century space exploration. 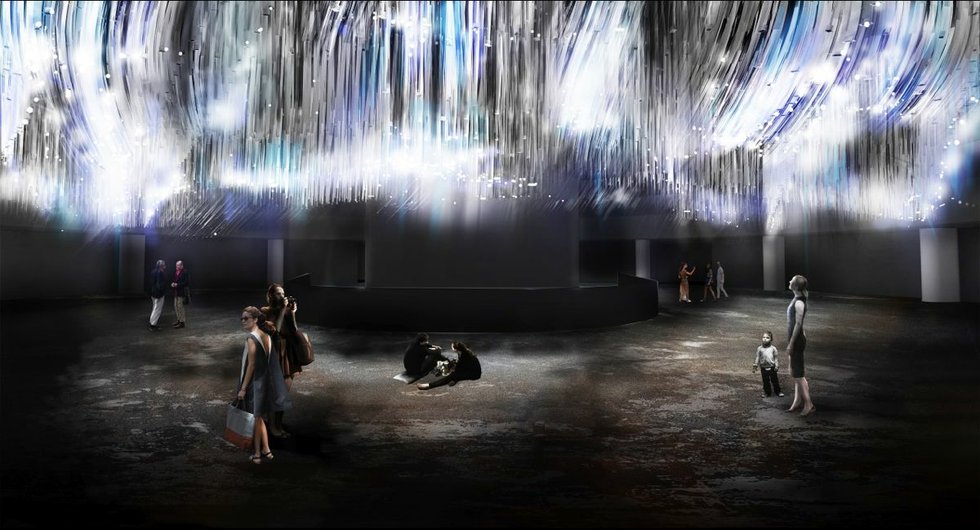 Another artist making a repeat appearance at Nuit Blanche (NOW featured his work in 2010), the visionary Toronto architect collaborates with Waterloo’s Living Architecture System Group and sound designer Salvador Breed on another kinetic installation inspired by earthly forces. Recycled textiles from retailer H&M and bursts of light evoke the emergence of life from the surging waves of the sea. Ocean and the other two projects at City Hall remain on view until October 10.