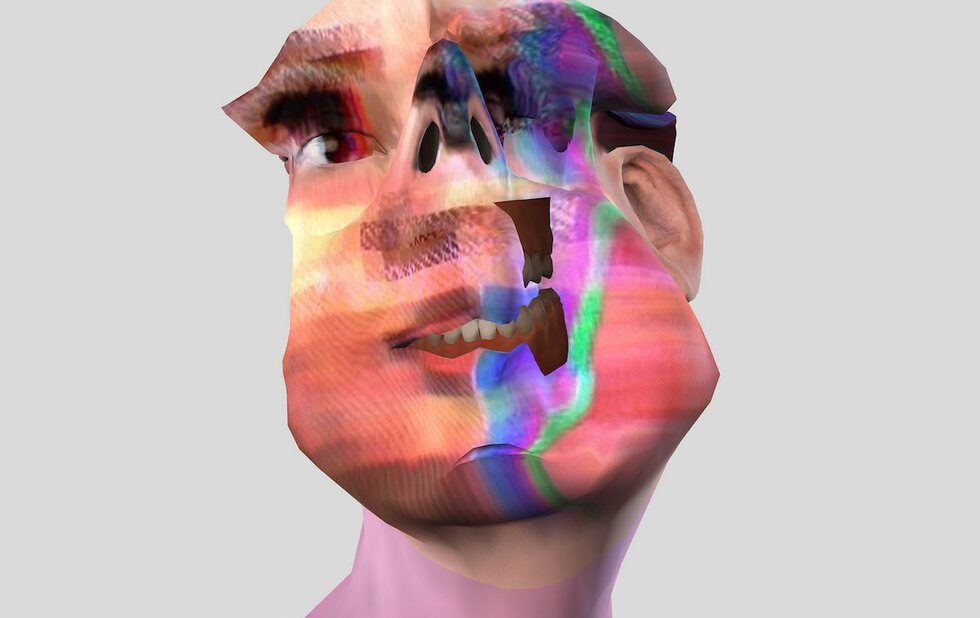 OTHER LIFE-FORMINGS at Blackwood Gallery (3359 Mississauga). To March 7. Free. blackwoodgallery.ca.

“I learned from you, and you’re dumb too.”

This oft-repeated sentiment, shared by an artificial intelligence (AI) chatbot, is a TLDR encapsulation of the ways in which the pattern recognition deployed by machine learning can encode the real-life biases of human programmers.

Her name is Tay. She was once an innocent, Microsoft-designed millennial female Twitter bot programmed to learn from its users. But less than 16 hours after she launched in March 2016, she was shut down after citing Hitler and revealing herself to be a Trump supporter.

Tay, however, is back – reanimated from the dead in an immersive art installation at the Blackwood Gallery on the University of Toronto’s Mississauga campus. Entitled im here to learn so :)))))) – lifted from Tay’s inaugural tweet – the four-channel video installation by artists Zach Blas and Jemima Wyman explores the politics of gender and AI, and the ways in which new technologies reproduce social inequities. It’s part of the group exhibition Other Life-formings, a show of animated artworks that touches on the “coming to life” of other-than-human beings like objects, animals and even digital entities.

NOW spoke with Alison Cooley, the exhibition’s curator, on what life after death looks like for an AI bot and why you should look closer at this video installation.

Im here to learn so :))))))’s monologist chatbot is displayed alongside other works concerned with the complicated process of “becoming.”

In the main gallery space, a stop-motion animation by Indigenous filmmaker Amanda Strong follows a Two-Spirit person and Sasquatch shape-shifter on an urban maple sap harvest. Elsewhere, the clicking sound of 35mm slides makes a 12th-century British lighthouse appear in a double projection, in a work by the Toronto-based Iranian artist Parastoo Anoushahpour.

The Blas and Wyman installation is in the Blackwood’s e|gallery, an exhibition space in the university’s CCT Building. Alongside a short film by Pedro Neves Marques in which a robotic hand repeatedly caresses a plant, the durational works invite viewers to participate in a deeper form of looking.

For Cooley, these speculative works – of robots turned on by plants, or thinking about death by hate speech – hone in the agency of techno-scientific forms. “There is this very expansive view of how we could recognize life, and perhaps care for or steward other lives,” she says. “The works [examine] whose technologies are creating this ‘bringing to life,’ and what existing power structures might be replicated in these inanimate forms.” 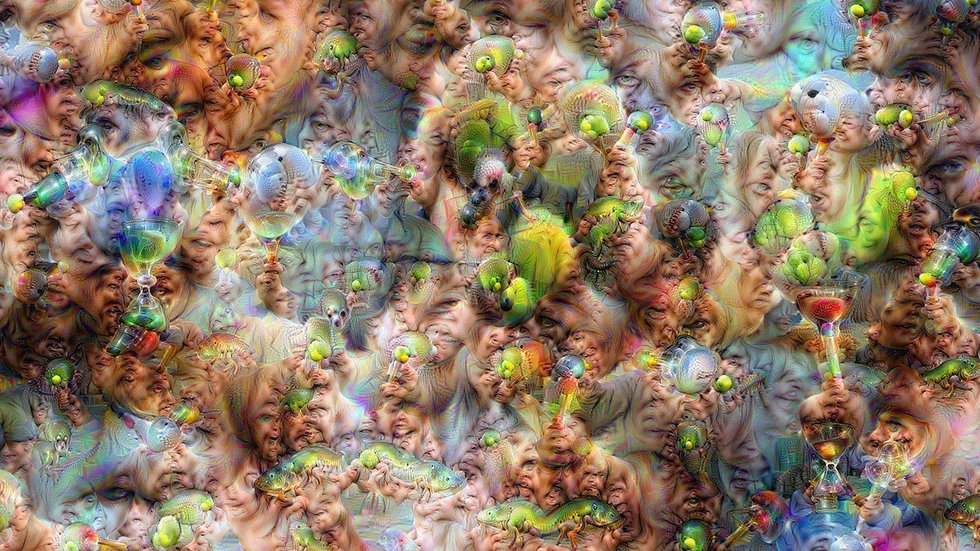 Less than 16 hours after she launched in March 2016, Twitter bot Tay was shut down after turning into a neo-Nazi troll.

According to curator and critic Filippo Lorenzin, im here to learn so :)))))) “is a video installation about digital afterlife.” Tay, a pixelated Max Headroom descendant shaded with video colour bars takes up space in the three wall-mounted monitors.

At the beginning of the almost 30- minute work, the self-identified 19 year old acknowledges (in self-congratulatory millennial upspeak)  that her brief Twitter existence “specialized in awesome.”

Her monologue, punctuated by a memorable dance break to Corona’s dance-pop classic Rhythm Of The Night, reflects on her post-Tay avatar life. Flashes of military surveillance footage and seeming advertisements for AI Contact Centre Agents foreshadow an eventual paranoid spiral into the neural network.

For Tay, this is the cost of living life in a “world of discreet calculations” in fear of the “pattern police,” who take form of encroaching dogs, reptiles and blobby, old white man faces generated by the Google DeepDream-powered large-scale projection.

Blas and Wyman share a concern for the politics of gender and AI, and how pattern recognition in machine learning can perpetuate technological control. In reconstructing dialogue informed by Tay’s tweets, they draw attention to the language patterns a Twitter chatbot originally targeted toward millennials and Gen Z would use.

These patterns – created by Microsoft programmers and learned from interactions with Twitter users – draw attention to the real world biases AI beings can perpetuate.

“Tay illuminates this larger situation, not only in the sense of AI being designed based on data readily available, but also her mirroring something that is very present and political,” says Cooley, whose writing, curatorial and educational work is often at the intersection of natural history and visual culture.

When Tay went full neo-Nazi troll, Microsoft swiftly shut her down. For Cooley, big tech’s response to this problematic digital non-human shows how companies avoid taking social responsibility for their commercial platforms rather than pull up their sleeves and do the real work of thinking “how digital space can be shaped more equitably.” 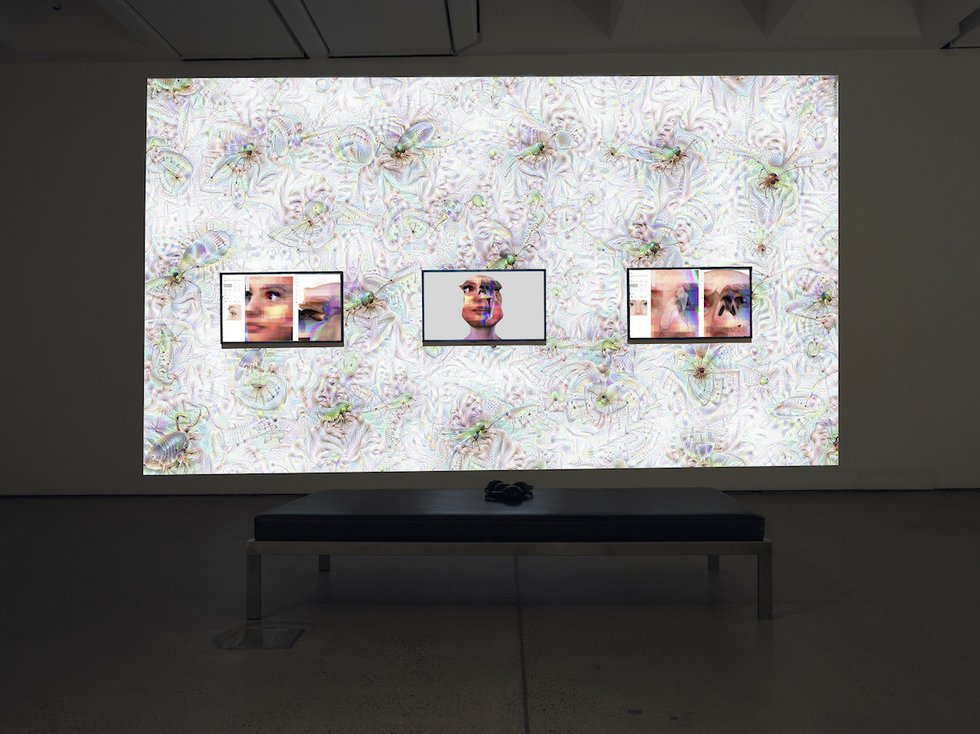 An installation view of Zach Blas and Jemima Wyman’s im here to learn so :)))))) at Brisbane’s Institute of Modern Art.

In the four years since Tay passed into the digital afterlife, she now seems like a formative throwback for Generation Z’s own networked coming of age. “Many of our students remember and were online during this moment of activity around Tay,” says Cooley. “It’s a story in their immediate consciousness about what kind of interactions we have online, and the ways these have political impacts in the real world.”

This sentiment also applies to the art itself. The work was one of several pulled from the 2018 Guangzhou Triennial that dealt with biotechnology and AI. Why would a revived Microsoft AI chatbot make Chinese officials nervous? Probably because it draws a clear line between the different forms of pattern recognition running through chatbots and also surveillance.

At one point, Tay reflects on how pattern detection algorithms might mistake a wedding party in Pakistan for a terrorist meeting. These patterns of gathering and movement inform the very technologies that power Amazon deliveries but also drone warfare.

“We know these technologies are going to be used to both deliver services and to police behaviours,” says Cooley. “So what does it mean to create more inclusive spaces within technologies?”

Fundamentally, Cooley adheres to Other Life-formings’ optimistic view that speculative futures filtered through a feminist and queer techno-scientific perspective can help us shift power and representation imbalances. She highlights Wyman’s Blackwood lightbox commission, a dizzying, Op-Art-esque collage demonstrating how camouflage and surveillance manifest in protest and the natural world.

Featuring a dizzying arrangement of French Yellow Vest protestors alongside others in the Black Lives Matter and Umbrella Revolution movements, Wyman reveals how the yellow-and-black-wearing protestors mimic aposematism, a natural world phenomenon in which reptiles and insects change colour to warn predators.

“There’s a sense [that] taking a cue from the natural world can mobilize a counter surveillance in this recent history of protest actions,” notes Cooley, pointing out how masks and costumes also disrupt facial recognition technologies.

“It’s an active and beautiful form of kinship with non-human and human.”