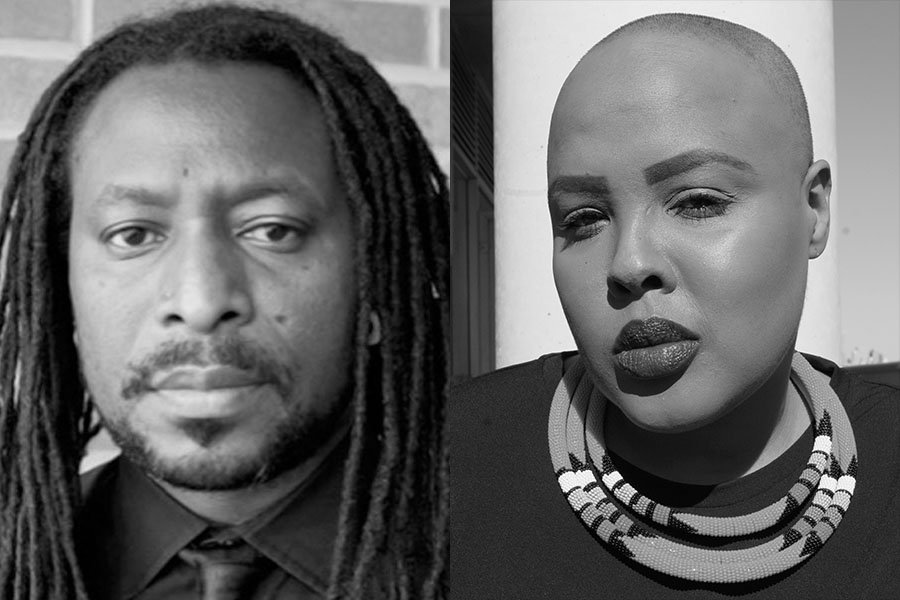 Authors Rinaldo Walcott (left) and Idil Abdillahi argue that Black people should be at the foundation of policy-making.

Authors Rinaldo Walcott (left) and Idil Abdillahi argue that Black people should be at the foundation of policy-making.

In BlackLife: Post-BLM And The Struggle For Freedom (ARP Books, $15), authors Rinaldo Walcott and Idil Abdillahi argue for the need to re-think what it means to be Black in Canada. In their examination of how white supremacy marginalizes and ultimately erases Black presences in areas as varied as literature, music, immigration, mental health and public policy, the authors call for new forms of Black activism that abandon accommodationist and ineffectual approaches of the past.

At 104 pages, the book is both cautionary and provocative – cautionary about the futility of incremental efforts to achieve racial equality provocative for bold claims that aren’t always fleshed out within the limited confines of a small book. But details be damned. The mission isn’t depth but rather an impassioned plea for renewed public discourse around the exigencies of Black life and death.

The book opens with the authors suggesting Black cultural production in Canada reached an apex of popularity in late 20th century. “The 1990s in Canada were Black,” they proclaim with a hint of nostalgia. Recounting the successes of writers Dionne Brand, Austin Clarke and Djanet Sears, as well as a burgeoning Black music scene in Toronto, they note how Black artists seemed to be on the verge of shifting industry paradigms.

They explain how the era “marked the full emergence of Black cultural politics in Canada in a manner that had not previously existed.” While this assertion arguably downgrades the importance of the Black Power and Black Arts movements of the late 1960s and early 1970s and glaringly omits reference to the current global dominance of artists like Drake, Daniel Caesar and The Weeknd, a ranking of cultural epochs is not their point.

Focusing on the book industry, Walcott and Abdillahi point out that by the early 2000s fewer Black writers were published by major publications. They argue that hopes of witnessing Black creatives achieve permanent acceptance in Canada, irrespective of the decade or the art form, always end in disappointment and exclusion. Aligned with conversations occurring today among Black filmmakers in the U.S., they imply that the establishment’s interest in centring and anchoring Black art is tenuous and cyclical. Hopes of a lasting presence are forever denied.

In light of this state of affairs, the authors pronounce their fundamental boredom with Canada, a boredom derived from the collective exhaustion of justifying the right to Black life in the face of ongoing racial antagonisms. Key moments in Canadian history such as the Sir George Williams Affair, the destruction of Africville and the establishment of the Caribana Parade – what the authors term “Black gifts” – demonstrate how various forms of Black labour and resistance are utilized by racial capitalism. Instances of Black pride or protest – take Caribana’s current commercial incarnation or Black Lives Matter Toronto’s entanglements with Pride – quickly become monetized or nullified by corporate imperatives, perpetuating tenuous and fraught relations with the state. “Indeed, Black Canada’s repeated appearance seems more routine indifference than any genuine attempt to shift what Canada might mean, and yet we keep at it.”

The book’s most important focus is the imagination, one that taps into wider debates around the limits of political pragmatism vs. imagining and then pursuing new futures.  Walcott and Abdillahi, above all, want readers to move beyond current modes of thinking, beyond what it means to exist as a human within European concepts of modernity. Building on the work of writers such as Sylvia Wynter, Frank B. Wilderson III and Fred Moten, as well as the Black Lives Matter movement, they interrogate epistemologies that place Black people on the periphery of the social order and challenge us to think about Canada and its national myths anew.

What would Canada look like if Black people were placed at its centre? What would it mean to always have Blackness as forethought rather than afterthought? While the authors hedge on articulating this vision, the answer is clear: it would mean a totally different state, one that meaningfully and honestly seeks to dismantle racism and inequality in every form.

This conjecture leads inevitably to considerations of policy which form the book’s final section. Here the authors call for an imagined “Black Test,” a social measure situating Black people at the foundation of policy-making. If Black people – who find themselves at what author Derrick Bell called “the bottom of the well” in our society – have their social and economic realities improved, then Canada may one day be transformed for all. This would mean that “any policy that does not meet the requirement of ameliorating the dire conditions of Black people’s lives is not a policy worth having.”

BlackLife is both a useful distillation of complex issues concerning Black existence in Canada and a compelling call for imaginative intellectual work. It makes clear that gradual progress narratives such as voting in Black politicians or winning representation in boardrooms – actions that seek to bring about social change through existing anti-Black structures – are deeply problematic, as they forever circle Black activism back to positions of compliance and compromise within systems that resist Blackness.

In their succinct overview of how white supremacy functions to thwart Black aspirations for freedom, Walcott and Abdillahi make no pretense of being definitive in their ruminations. However, they present a thought-provoking polemic that re-ignites sorely needed debate about the path to Black liberation.