The jury hailed the Vancouver author's Brampton-set debut novel as a poignant and hilarious exploration of race, class, gender and geography 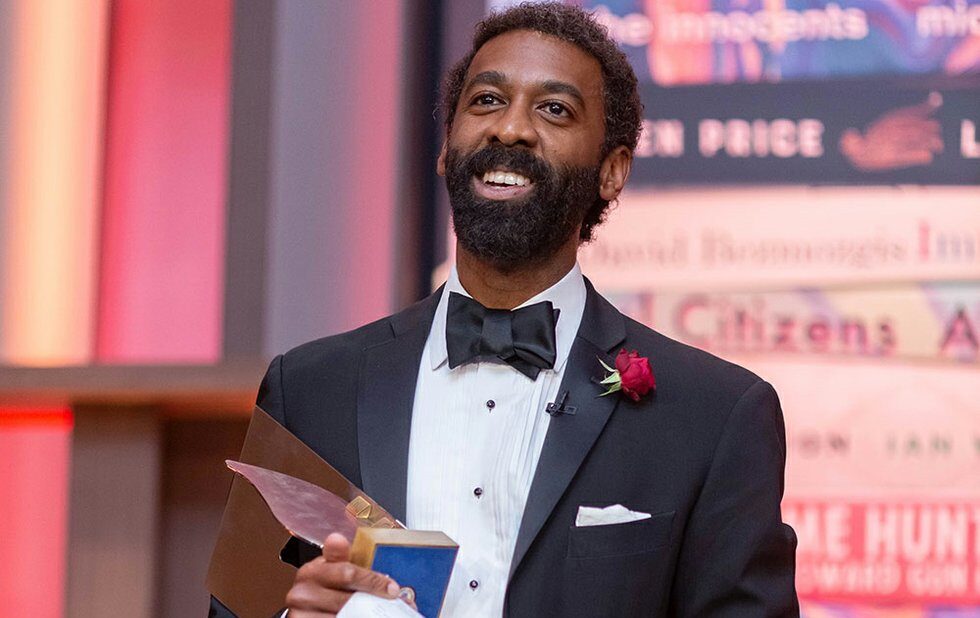 Courtesy of the Giller Prize

Vancouver-based poet and author Ian Williams is the winner of the $100,000 Scotiabank Giller Prize for his debut novel, Reproduction.

The announcement was made on Monday, November 19 at a gala ceremony at the Four Seasons Hotel in Toronto.

Reproduction tells the story of Felicia, a teenager who recently immigrated from a Caribbean island she won’t disclose, and Edgar, the heir of a wealthy German family who is a decade-and-half her senior. While their mothers share a hospital room, they form an unlikely bond.

The jurors praised the Brampton-set novel as a poignant and hilarious love story that explores a variety of issues.

“It’s an engrossing story of disparate people brought together and also a masterful unfolding of unexpected connections and collisions between and across lives otherwise separated by race, class, gender and geography,” the jury wrote in a statement. “It’s a pointed and often playful plotting out of individual and shared stories in the close spaces of hospital rooms, garages, mansions and apartments, and a symphonic performance of resonant and dissonant voices, those of persons wanting to impress, persuade, deny, or beguile others, and always trying again.”

Reproduction is Williams’ first novel. In 2013 he was shortlisted for the Griffin Poetry Prize in 2013 and the Robert Kroetsch Poetry Book Award for Personals, and the winner of the Danuta Gleed Literary Award for his short fiction collection, Not Anyone’s Anything.

In addition to the $100,000 cash prize, Williams has also won a two-week, self-directed residency at the Banff Centre for Arts and Creativity.