How author Shani Mootoo avoids the pitfalls of identity and politics 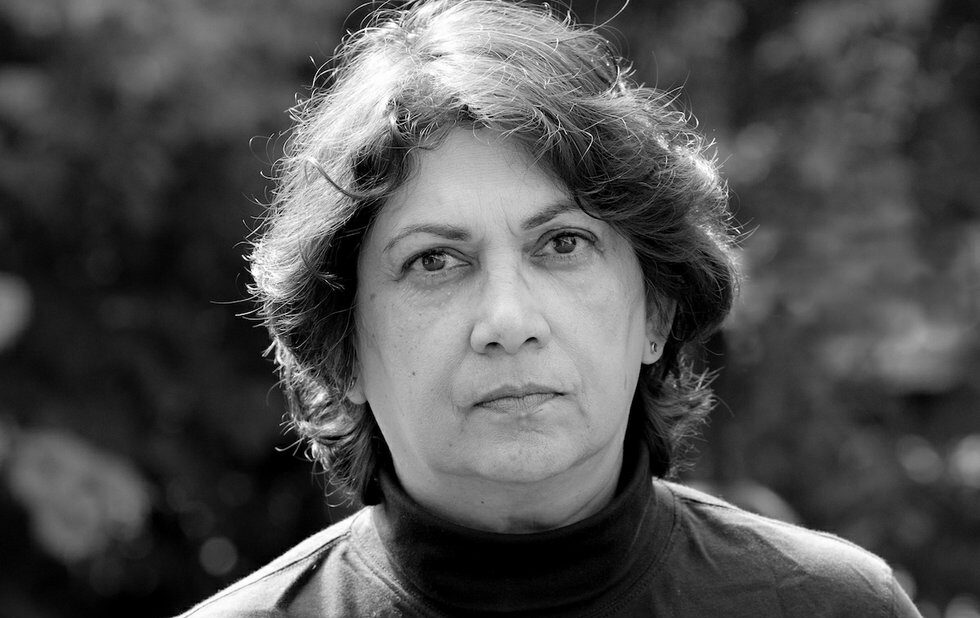 Lesbian couple Priya and Alex are preparing for the arrival of Priya’s long-lost college friend Prakash. The two had bonded as Indian immigrants – she from Trinidad and he from Uganda, with very little else in common. Set over one weekend in the couple’s rural home, the novel is filled with long, descriptive, swooning paragraphs that detail flashbacks to Priya and Prakash’s younger days.

One of the book’s underlying themes is something I’ve been thinking a lot about lately: generational change, and how that allows us to experience and express desire. This idea is most striking when Priya details her temptations with Prakash and the easy, heteronormative life that would come from being with him, and the ways that her and Alex are intimate.

Ahead of the novel’s release, I spoke with Mootoo who challenged my interpretation of the novel, and discussed the role of identity in storytelling, emotional labour vs self-preservation and the pitfalls of politicking in fiction.

I found Priya to be very relatable as an older, immigrant, Indian lesbian and for her temptation to fall into a heteronormative life. I think a lot about how lesbians, particularly lesbians of colour between 40ish and 70ish, are sandwiched between those who were mostly invisible and without rights and those who are younger and more carefree. I wonder how much older lesbians benefit from and have enjoyed freedoms won in the past 20 years. You’ve captured an internal turmoil that can only be natural given the way that society treats older queers of colour on these stolen lands. You’ve captured emotional and intimate aspects of women in relationships, rather than the louder, political narrative. Was this intentional?

It’s important to remember that Priya is not Indian, exactly – she’s Trinidadian, and indeed finds Prakash’s Ugandan Indianness foreign. I’m interested in how many of us all have mixed identities. Yes, Priya is of Indian ethnicity, yet she’s Caribbean and lives in Canada with a white partner. She’s lesbian, yet imagines the possibilities of heterosexuality. She socializes with lesbians, yet feels like an outsider among them. I wanted to get to the complexities inherent in life, both in terms of larger identities and in terms of everyday life.

The inner turmoil you speak of is part of the human condition – i.e. it’s not just a function of oppression. In Priya’s case, she has a history of activism, which sustained her and helped her to survive. That too is an aspect of her identity.

Those of us who were on my generation’s front lines struggled to create the basic language of the politics that is built on today. Through that struggle we were given voice, and identities were consequently moulded. To entertain your line of questioning, I would add that my generation of activists cannot help but continue to watch askance the current political climate. We are cautious. We envy, perhaps, even as we cheer on those who are able to wave the flags of freedom. That life-long watching, that old caution, is etched into our identity, and tempers our ability to jump up and cheer confidently. We know better, don’t we, than to imagine, particularly at this time in our history – or perhaps at any time – that those hard-won freedoms are cast in stone.

To answer the final part of your question: I lean towards the view that fiction is meant to be a source of comfort and pleasure, even if the story is sad or difficult. A reader sees herself, or learns of a kind of life she didn’t previously know about, in which case the story might also be a source of learning. To engage the reader in these made-up lives the writer has to be a master manipulator. Brandishing bare-knuckled politics at an uninformed reader, if she is not a member of the already-converted, is foolhardy and in itself poor politicking. In any case, what seeps out of a story like a scent is as relevant as what is actually there on the page. What is not said can be, to the careful reader, as loud as what is said.

Priya is less sure of herself and does a lot of emotional labour in relation to her white partner, Alex, and her friend Prakash. She feels indebted to both of them. Is this inevitable for female South Asian characters?

I don’t feel that Priya necessarily does the emotional labour in these relationships. Because we are so often in her head, we inhabit her perspective, including her tendency to cloak her emotions and manipulate the people around her. This is not emotional labour it’s a kind of self-preservation, which has little to do with Alex or even Prakash but rather with Priya’s past. In the end it pushes Alex away. The deeper energy in my story is that no one is to blame, here, but circumstance. Of course we all make choices. Priya’s was to survive.

My characters do not and cannot represent a category of people. Despite a desire to belong somewhere or to something, for them both community and family end up being claustrophobic. It is that desire to belong, and at the same time that resistance to belonging, that define my major characters. To write them otherwise turns them into easy caricatures for the approval of a ready-made readership, rather than the extremely complex individuals I believe we all are. Priya should not be expected to bear the burden of representation in the sense that she speak for or could be identified with all female, Indian characters (as you put it). Of course she shares aspects with the larger group, but what is interesting to me is how she differs from this. Her situation in the novel is very specific.

One chapter is written from Alex’s point of view and the rest is from Priya’s. Did you hope that by sharing both sides of the relationship you’d show how easy it is for two people to grow apart?

Writing Alex was more to do with craft, at first. Priya’s monologue, I thought, might have been tedious otherwise. Also, being an unreliable sort, a counter to her was absolutely necessary – but not any more honest. I am interested in the fact that no matter how closely you live with someone, you can never really know what is in their mind. A tricky person can capitalize on that.

Why did you write Prakash to be such an unlikeable character?

Prakash doesn’t have a voice of his own, and Priya’s self-serving narrative creates an unlikeable character. If, in the end, his actions do make him unlikable, it is because his own histories and struggles have affected him.

I found the ending of this novel to be sad and realistic. Do you ever intend to write an ending that defies how lesbian stories usually end: a death, a divorce or one of the women hooking up with a man?

I’ve learned that the easiest way to kill a good story is to drive it with an agenda. It may sound like a cliché, but in my experience characters do eventually end up writing the novel according to the circumstances in which their author casts them.

There are happy endings in life, regardless of sexuality and race, but in literature I think the ending will in part depend on the kind of writer you are. My characters tend to struggle with the circumstances of their lives, and there is a cost to that.

What are you currently reading and which authors are you excited about?

I have recently read and am haunted by I, Tituba, a powerful and sad novel by the French Guadeloupean writer Maryse Condé – and yet Condé does give this real-life character a more positive ending than she had in Salem. This rewriting of history is to be cheered, but only because it suits the novel Condé wrote. I am embarking now on reading the rest of Condé’s works.