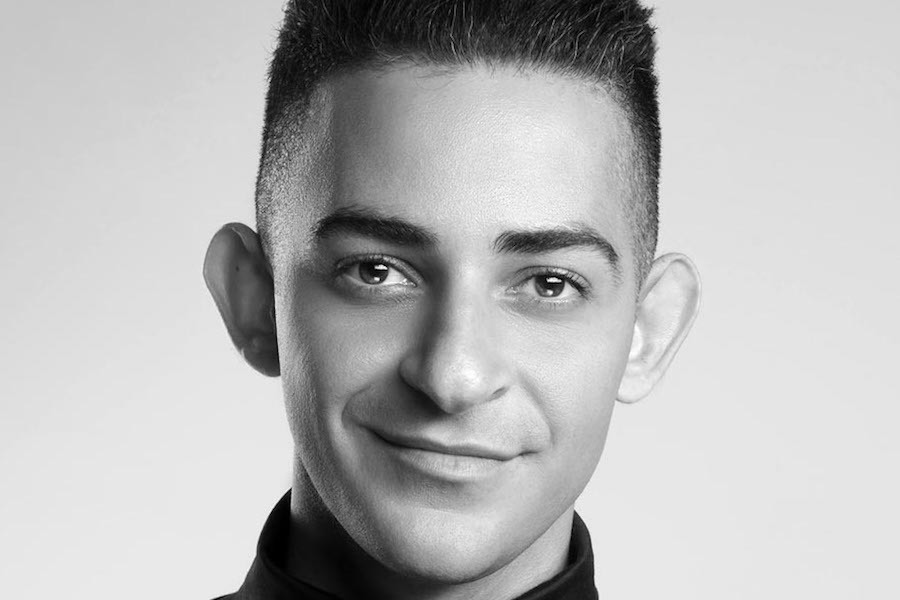 On August 4, Chaker Khazaal was on the 16th floor of a hotel in Beirut, Lebanon when the shocks of one of the biggest non-nuclear explosions in history rippled through the building. The force was so strong that he was sure it originated somewhere in the building until he ran downstairs to see what happened.

“We just saw everything destroyed,” he says. Khazaal helped bring a friend’s father to the hospital, who was among the more than 6,500 people injured in the blast. Another 204 people died.

Khazaal was so shaken when he returned to the hotel that night, he couldn’t sleep.

“I was like, I’m suffocating. I need to write what I’m going through,” he says. “But I didn’t want to write about what went on in the last few hours because I’ve run for my life before in Beirut when I was a kid growing up here.”

Khazaal is a Palestinian-Canadian who was born a refugee in Lebanon and grew up in Beirut’s Bourj el Barajneh refugee camp. He has witnessed his fair share of explosions and disasters, but the combination of the blast and the pandemic on top of his experience returning to Beirut, unleashed a creative spurt.

“I started writing and for 17 days. I didn’t see anyone. I was just in my hotel writing on the balcony for 17 days non-stop,” he recalls.

His fifth book Ouch! is a memoir that reads like a thriller, and explores his life leading up to the blast and beyond. A major theme in the book is mental health, something he’s struggled to talk about openly.

“Coming back to Beirut in February, today I’m a Canadian citizen. I’m a man. I’m better off than when I was as a kid,” he says. “There’s something about this survivor’s guilt that as much as we try to avoid it, it comes on to you and chases you.”

Khazaal returned to Beirut at the beginning of the year after Israel denied him entry into his homeland. Very quickly, countries began to shut down in response to COVID-19.

“I was like, seriously, not this now, not in Beirut, not in the place that I already fear,” he recalls. “Every time I’m in Beirut I have some fear.”

That’s why arriving in Toronto at 17 on a York University scholarship was such a relief.

“Toronto made me as a Palestinian not feel like the ‘other.’ It’s that home after you leave prison so can you imagine how warm and special this place is,” says Khazaal, who graduated in 2009 with a BA in international development studies.

“Toronto also taught me something so important in life about accepting the other, whoever they are, whatever their opinion is, and this became a foundation in my work,” he adds.

He has taken this philosophy to heart, partnering with organizations and governments in countries all over, including Honduras, South Africa and India.

This idea even extended into the book, which become a truly global collaboration. His senior editor, Allen Carter, and managing editor, Stella Andonoff, who was his teacher in Lebanon when he was 12 years old, are both in Canada, but the rest of his team extends all the way to Palestine, Syria, Egypt, England and beyond.

“I would send my book to them to read to give me their opinions, and everyone wanted to because they wanted some purpose,” he says. “With COVID and everything today, this is a reminder that everyone is running toward some purpose in life.”

But the primary focus in almost everything he does, including Ouch!, is to emphasize and represent the challenges facing refugees everywhere.

“I’m not only telling the story for people to read, I’m also showing the psychological struggles that could be happening for every refugee and a reminder to UNHCR and to every government that aid is not only in the food we give people,” he says. “It’s also in the tools we make available to people, whether that’s education or mental health support or gender equality, and making sure these tools reach everyone.”

“I try in everything I do to involve refugees,” he says. “That’s better than me just being an example to them or them just looking at my book.”

Though he explores many parts of his life in this memoir, he says there were some parts he decided to leave out. “There were lots of heartbreaks and aches that made it into Ouch!, but there are some that I just want to keep private for me.”

Khazaal says he might just save them all one day to include in his full autobiography.

Ouch! is available for purchase on Amazon and Caversham Booksellers in Toronto.