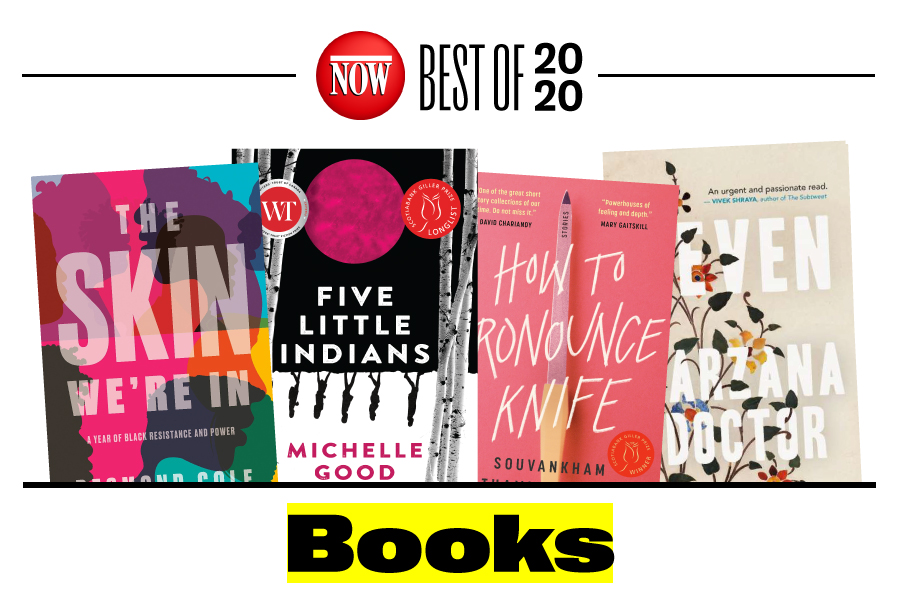 Never before has the simple act of reading meant so much to so many. Sure, TV watching got a major boost in the COVID age, but books gave us the opportunity to visualize stories on our own in ways television can’t. And there were so many good books to dive into. Here’s my list of the best books of 2020.

1. How To Pronounce Knife by Souvankham Thammavongsa 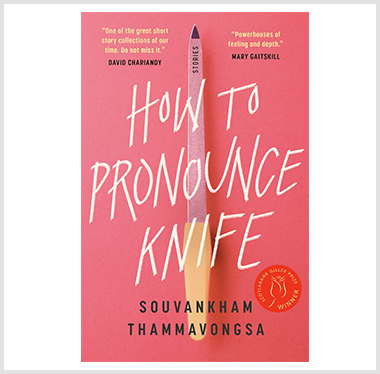 Normally, I wouldn’t give the Giller Prize winner the boost it doesn’t need, but this collection of short stories blew me away and is easily this year’s best book. In pristine prose – the author is a poet and you can tell – Thammavongsa gives a clear-eyed, always surprising perspective on how a collection of Lao immigrants cope with life in their new Canadian homeland. Are you a Randy Travis fan? A man working in a nail salon? You got it! Fierce, funny, entirely unsentimental. A knockout.

2. The Pull Of The Stars by Emma Donoghue 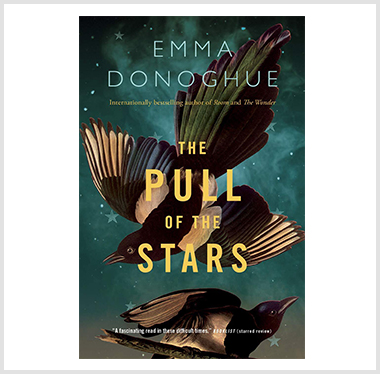 Don’t let pandemic fatigue stop you from reading this exceptional story of a Dublin midwife attending to flu-ridden pregnant women during the 1918 Great Flu in Ireland. Donoghue has a genius for keeping you interested in events unfolding for the most part in a single room, aided by her meticulous research and an array of characters, including a Republican doctor in trouble with the law and a bright but naive volunteer nurse’s helper. Along the way Donoghue honours frontline workers, underscores the impact of the not-so great war while throwing major shade on the institutions that abused unwed mothers. Lesbian content, too.

3. Through The Garden: A Love Story (With Cats) by Lorna Crozier 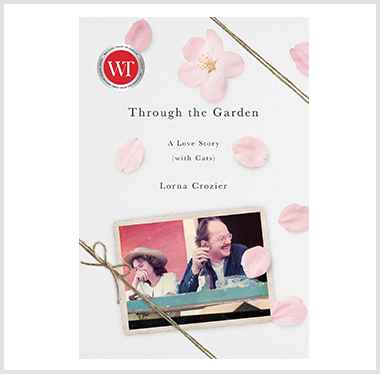 This gorgeous memoir focusing on Crozier’s fascinating and passionate relationship with co-conspiring poet Patrick Lane is a heartbreaking meditation on the power of love. They never stopped writing to each other – “Poem me,” they often implored – and some of the moving results are included here. Intense and honest, Crozier lays bare Lane’s flaws – and her own – as she recalls their powerful connection and the garden he tended – and anticipates with dread his certain demise from a mysterious illness. Unforgettable.

4. The Skin We’re In by Desmond Cole 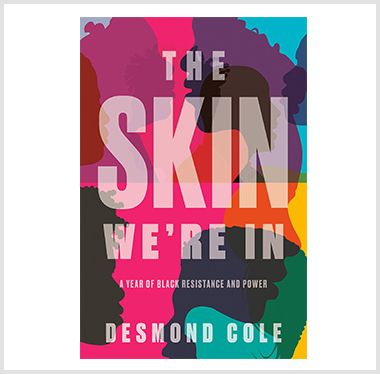 Books focusing on racism are required reading – period. And there were excellent 2020 releases on the subject including Eternity Martis’s unforgettable memoir They Said This Would Be Fun, about anti-Black racism on the campus at Western, and the excellent collection of essays  Until We Are Free: Reflections On Black Lives Matter in Canada, edited by Rodney Diverlus, Sandy Hudson and Syrus Marcus Ware. But Cole’s book stands out as a powerful call to action. A superb synthesizer, the unstoppable Cole addresses racisms of all kinds across the country, but it’s his terrific takedown of Toronto policing that stands out. 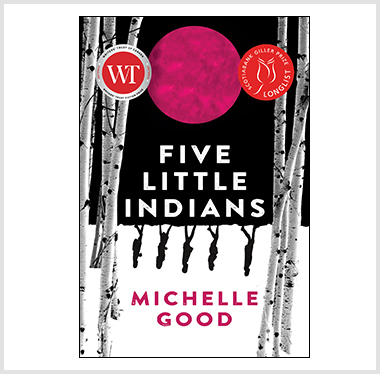 Never before has the experience of the unforgivable Sixties Scoop been given a literary treatment this detailed and devastating. What could have been a schematic account of residential school trauma – all the various outcomes duly included in the stories of five characters – turns into a gut punch of a novel about resilience, the brutality of colonization and the power of community. 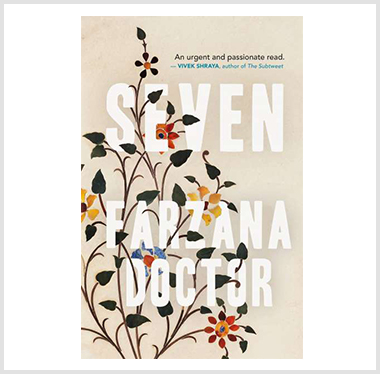 With her marriage fraying, Doctor’s protagonist Sharifa heads to India with her husband to research her family history. She gets more than she bargained for, including a new awareness of the age-old practice of female genital mutilation and a rising dread that her daughter may be forced to go under the knife. Tension builds powerfully in this story of conflicts among family and friends, and the personal and political choices people simply have to make. The feminist novel of the year. 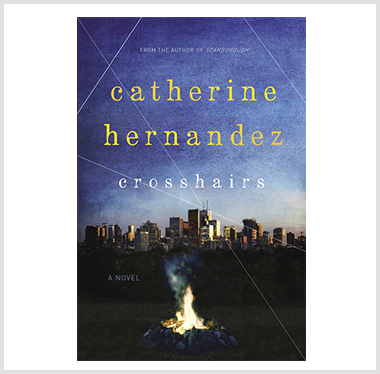 Set in and around Toronto, Hernandez’s dystopia tracing what happens when right-wing extremists take over and incarcerate marginalized peoples has all the energy of a movie actioner. The resistance is inspiring, the characters compelling, And along the way, Hernandez explores terror, ally-ship and community. An ambitious leap forward for a talented writer.

8. A Burning by Megha Majumdar 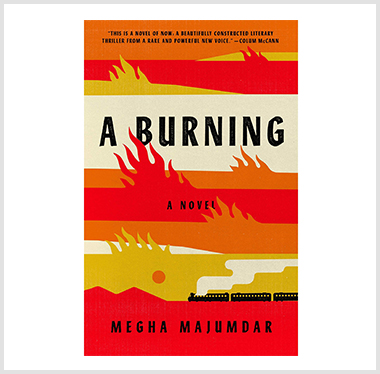 This spectacular debut – longlisted for America’s National Book Award – tracks three characters, all victimized in different ways by vicious corruption in an India lurching toward extremism. Jivan, a Muslim girl from the slums, is arrested on charges of terrorism when she posts carelessly on Facebook. Her gym teacher PT Sir knows she’s harmless but can’t resist the whiff of political power and the hijra (transgender) Lovely, Jivan’s English student, aspires to an acting career she’ll stop at nothing to achieve. Their stories converge in surprising ways in this thrilling tale of ambition, naïveté and human frailty. A  potent page turner.

9. Stay Where I Can See You by Katrina Onstad 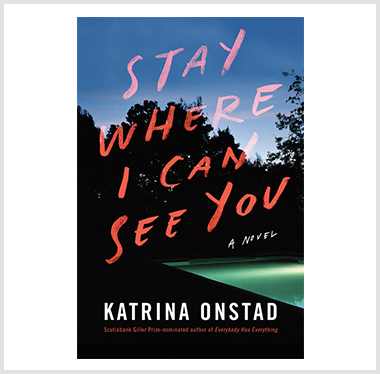 There are more than 50 books that make a lottery winner into fiction fodder but this one goes in an unusual direction. Yes, people are hitting Gwen up like crazy for money once she wins. But her new public profile makes her vulnerable to an old boyfriend and the secrets that get unlocked could threaten her relationship with her daughter. This expertly observed – and under-appreciated – novel keeps you on the edge of your seat. Bonus: the bulk of the tale is set in Toronto.

10. The Age Of Creativity by Emily Urquhart 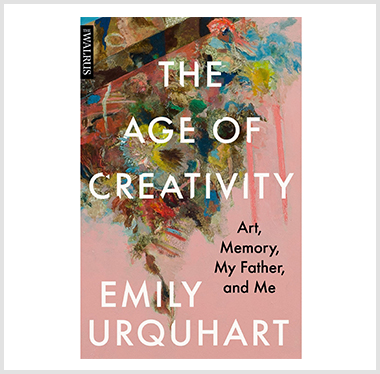 Urquhart’s tender appreciation of the gifts of her father Tony – one of Canada’s most celebrated painters – is also the story of their relationship, and most startlingly, a bracing challenge to our sense of which artistic creations matter. Why, she asks, do we give work created by elders less value? Meticulously researched and including interviews with aging creators, Urquhart’s book is both a deeply personal account and an important critique of ageism. And Urquhart describes the visual so sumptuously that it seems to appear right before your eyes.

My Autobiography Of Carson McCullers: A Memoir by Jenn Shapland, where the author explores McCullers’s sexual identity and her own alongside illuminating queer historical references; The Glass Hotel by Emily St. John Mandel, a moody and totally absorbing story of greed, ghosts and desire; Consent by Annabel Lyon, a gripping story of two wholly different women whose lives converge; All I Ask by Eva Crocker, an impressive new voice, tracking the impact of a police raid on a bewildered young woman.