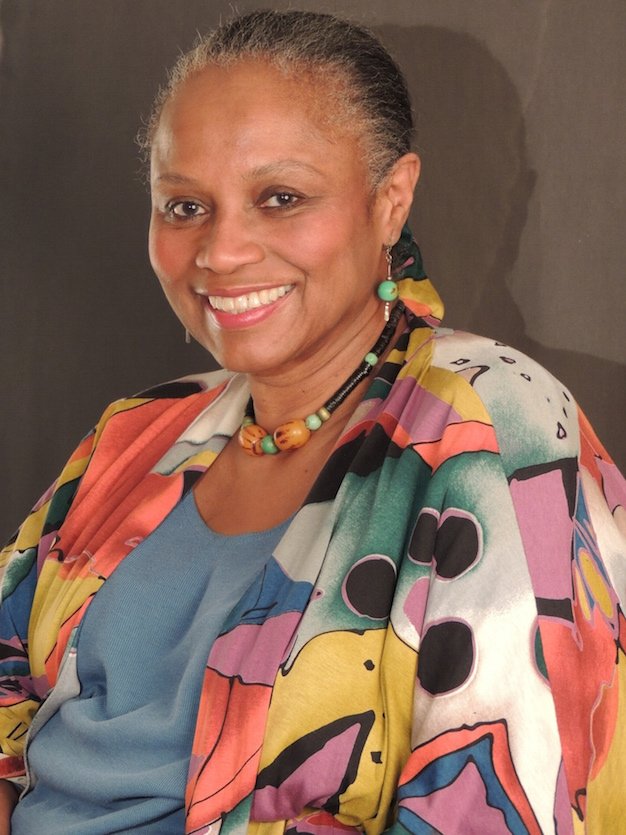 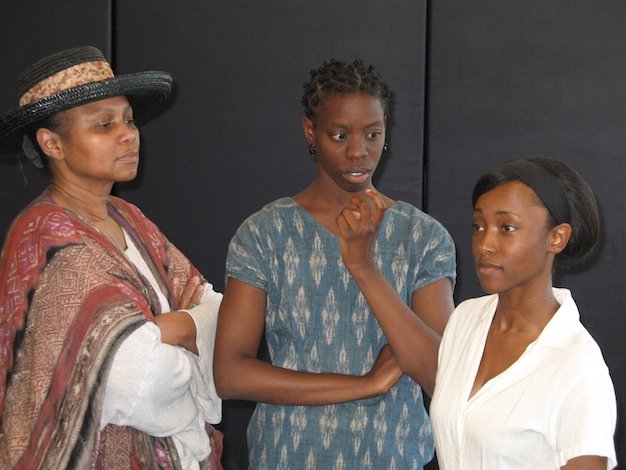 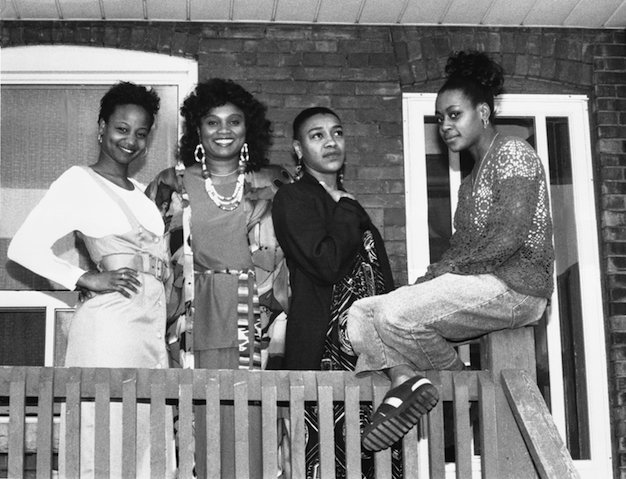 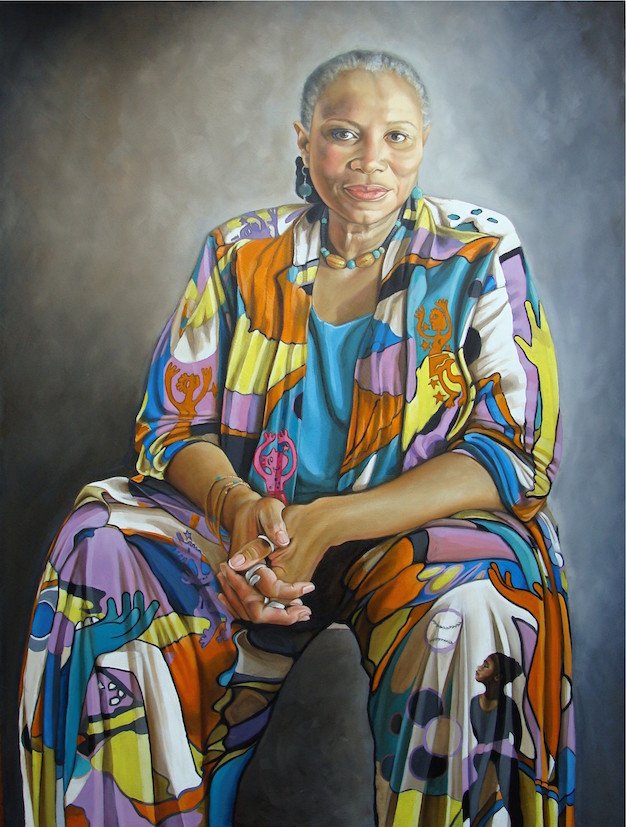 Sandi Ross had the most infectious laugh I’ve ever heard.

At my 50th birthday party, knowing that I thought so, Sandi got up and shared that laugh with the room: a warm, explosive breath of happiness.

Sandi died on August 31, having done many things and leaving others undone.

She was a stage, screen and TV actor for 35 years, both in the United States (she was from Minneapolis) and in Canada she moved here, I think, in the late 1970s. But that was only part of her life: she was also a teacher, director, jewellery maker (at social events she was often bedecked in her own creations) and, resonantly, an activist.

A passionate, vital proponent of diversity, Sandi galvanized equal-opportunity action for artists of colour in theatre, film and television.

I met Sandi in the mid-80s and wrote about her in NOW. We became good friends.

Her TV and film work included Rogue, A Raisin In The Sun, Down In The Delta, Nikita, Adventures In Babysitting, The Natalie Cole Story and Trailer Park Boys. She was nominated for a Canadian Comedy Award for Medium Raw: Night Of The Wolf, about which she said, laughing with infectious glee, that she had a ball playing a dissociative, psychopathic, homicidal cannibal.

I knew her best as an artist through her stage work. She took pride in being one of the founding members of Obsidian Theatre (1999), but long before that was part of George Luscombe’s company at Toronto Workshop Productions (now the home of Buddies in Bad Times), where she played Malachi Brown, a Black male baseball player, in Ain’t Lookin’ (1980). Brown was the team’s catcher, and Sandi later said that performing the role might explain why she had bad knees.

She also performed in, among other shows, The Seahorse (a favourite of hers, which she did twice), The Vagina Monologues (appearing with Jann Arden), The Colored Museum (at the Tarragon, directed by Martha Henry), Three Men On A Horse, The Crucible and Coming Through Slaughter. Sandi also logged in three seasons at the Stratford Festival, which included the company’s trip to New York City with Much Ado About Nothing.

But there were lesser-known indie shows that I remember fondly. She was sexily magnetic in a production of Shakespeare’s Titus Andronicus as the bloodthirsty, devious Tamora, playing opposite Maurice Dean Wint as her lover, Aaron. And she worked twice with Karen Woolridge’s company Johnson Girls (“theatre with good parts for girls”), both Fringe productions I’m sure she inspired the younger performers in both.

The first production gave the company its name a play about the friendship among several Black women, it was memorable not only for Sandi’s work but also for early appearances by Karen Robinson, Melanie Nicholls-King and Ordena Stephens. Several years later the company staged The Lesson, in which Sandi played a teacher who taught her young Black students from Harlem about all sorts of things, including social inequality, on a 1960s field trip to Manhattan’s Upper East Side.

You can see photos from both shows at the top of this article.

Wedding Band, a play about an interracial couple in 1918 South Carolina, gave Sandi a chance to test the directing waters. I didn’t get to see it, but my sense is that her theatre instincts would have helped make her a good director.

Sandi talked to me often about Portia White: First You Dream, the story of the ground-breaking Black Canadian concert singer of the title. She performed the show in Nova Scotia and spoke about wanting to stage it in Toronto.

Her interest in singing – she had a resonant musical voice – maybe explains why Sandi shared my love of opera we had regular dates three or four times a year when she joined me at Canadian Opera Company or Opera Atelier productions. She loved the Italian works – “Everybody dies at the end, don’t they?” – but was less interested in the German pieces. Still, she insisted that I invite her to any production that featured a singer of colour in a lead role.

Sandi always commanded your attention, and that was a great asset in another important part of her life, advocating for diversity on stage and screen.

By the mid-80s she was on a mission to give multicultural cultural breadth (and breath) to what Canadians watched. She and Brenda Kamino, another pioneer, worked on the first national symposium on non-traditional casting for Canadian Actors Equity Association, Talent Over Tradition (1987).

Two years later the Alliance of Canadian Cinema, Television and Radio Artists (ACTRA) held a similar conference. Brenda says that Sandi, smiling, blamed her for “dragging” Sandi into working on it, which led to Sandi’s input on Into The Mainstream, a national casting directory “of visible and audible minorities.” Sandi later talked about being inspired by earlier Black theatre artists, among them Vera Cudjoe, Jeff Henry and Salome Bey.

Sandy was its founding editor and produced the first two volumes of Mainstream Brenda did the third. The publication has since gone digital as a talent database (diversity.actraonline.ca).

In 1994 Sandi was the first woman and first person of colour elected president of ACTRA Toronto a year earlier she had received a New Pioneers Award for the Arts from Skills for Change. In 2008 she was tapped by Women in Film and Television (WIFT) for a Crystal Award, and in 2012 ACTRA National named her – appropriately, on International Women’s Day – its woman of the year. To commemorate that event, ACTRA Toronto commissioned actor/artist Jennifer Wigmore to paint a portrait of Sandi it’s one of the images above.

Sandi was interviewed following the presentation here. The clip will give you a sense of her energy and wonderful laugh.

Her New Year’s Day parties were legendary, and I was flattered to be one of those invited. Her mother had begun the tradition in the States when Sandi moved to Canada, she continued it, serving guests homemade sweet potato pie, coleslaw and her fried chicken, the latter as good as any I’ve ever eaten.

It’s not hard for me to imagine the magnetic, inspiring Sandi Ross feeding friends and family with a batch of heavenly fried chicken.

A celebration of Sandi’s life will be held on Tuesday, October 4, at the Metropolitan Community Church of Toronto (115 Simpson) doors open at 7 pm. More details will be available on Facebook.