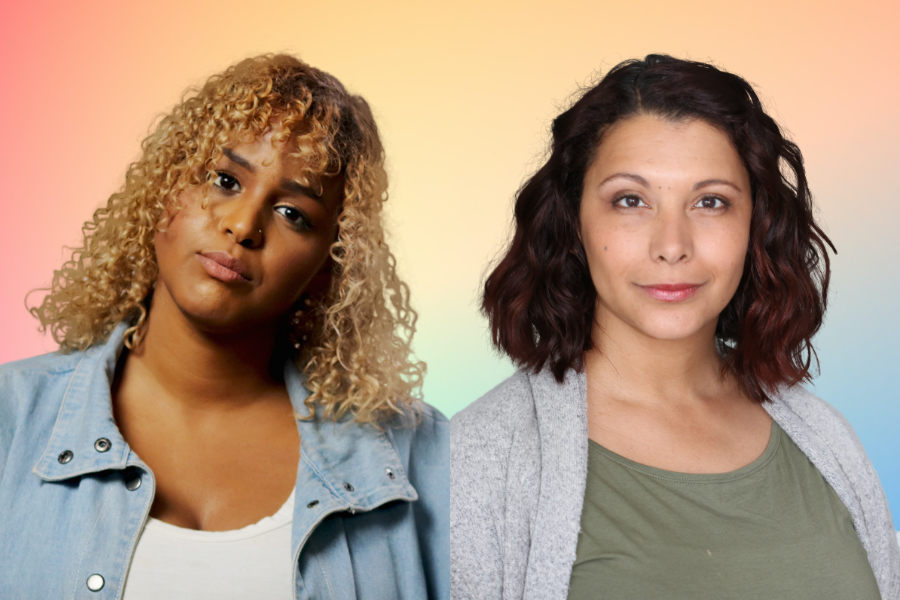 Photo of Fatuma Adar by Graham Isador; photo of Chantal Forde courtesy of Next Stage.

Fatuma Adar (left) and Chantal Forde take their work to the next level in the Next Stage Festival.

The Fringe of Toronto’s Next Stage Theatre Festival was supposed to have been one of the first big live and in-person local theatre events of 2022. But the Omicron variant changed all that. The festival announced in early January that it would go all virtual.

“Once again, it has been a January of pivoting, of becoming a film student when we’ve all been trained in theatre,” says Fatuma Adar, laughing. Adar was slated to perform her solo show, She’s Not Special, live at the fest’s Ada Slaight Theatre. Now it has been filmed and is being released on-demand.

“When we got the news, we gave ourselves a day to mourn,” says Adar, referring to her co-director, Graham Isador, production manager Deb Lim and others. “This felt like such a good show to present live. There’s laughter in the room. The audience is allowed to laugh at all these polarizing things.”

But the transition forced Adar to think about what kind of comedy specials she likes. At the top of the list was Bo Burnham’s pandemic Netflix special Inside.

“You get to move the camera with you, you get to really home in on what’s happening onstage, which is exciting,” she says. “And it’s accessible. People everywhere can see it. In a way, the pressure’s off. You can be at home, in your PJs, watching at your leisure. So maybe this was how it was meant to be the whole time.”

Bo Burnham is a fan

Burnham, it turns out, is also a fan. When Adar released her hilarious music video The Nap Anthem, she DM’d Burnham the link, and he enthusiastically replied. Now the quote (“Not only is it funny it’s just a really beautiful song. People forget to make their comedy songs actually listenable. Amazing!”) is featured prominently on her website.

She’s Not Special is a satiric show featuring songs and comedic interludes about the pressures of having to speak on behalf of an entire community.

“I champion my community of Somali-Canadians,” says Adar, who’s been working on a big-scale musical, Dixon Road, inspired partly by her family’s first neighbourhood in Toronto, for several years.

Being silly and random

“But we aren’t all the same. I have a unique experience that’s different from other Somali artists. I wanted to do something that was low stakes, hyper-specific, silly and random. Something where nobody could say, ‘Oh, she’s speaking on behalf of her community.’ I poke fun at the idea of people using their identity as flagpoles for their work. Why can’t I just be mediocre and talk in circles and goof off and do some weird performance art stuff? Other creators are given the freedom to do that.”

Adar, who’s currently artistic producer at Obsidian Theatre and has worked at Theatre Passe Muraille and Cahoots, says working on She’s Not Special – which began at Bad Dog Theatre – has helped free her up creatively.

“It reminded me what my specific voice was,” she says. “Sometimes it can feel like your identity is what makes you a creator. I think through this I’ve found my own, unique voice.”

Unlike Adar, writer Chantal Forde always thought of her Next Stage show The Complex as something online.

The seedling for the idea came from director Mandy Roveda, who had finished her MA in directing at York and, after overseeing several digital school productions, was curious to explore the idea of immersive online theatre. She connected with Jessie Fraser, who had just finished studying interactive media management at Sheridan. The two were looking for a writer, and that’s where Forde came in.

Interacting in this strange forum

“The first questions we asked each other were about how creators interacted with audiences in this strange forum,” says Forde, whose play Grey was a success at the 2017 Toronto Fringe.

“We also wanted to look at how people connected with each other online. So much of it is anonymous, and not very positive. So we wanted to see how people could collaborate and work together in this medium.”

What they came up with was a choose-your-own-adventure scenario set in a dystopia. Faced with the prospect of building a new world, audience members get to decide who will lead it.

“We wanted to see how people make judgements in an unknown environment,” says Forde. “How do you perceive people? What are the things that make you decide if someone is trustworthy or not?”

Audience members can choose one of two ways to experience the show. Those who don’t want to interact with actors or other audience members can join The Chamber, which is a Zoom webinar in which you can take polls and participate in chat discussions, both of which impact the outcome of the show.

The more adventurous can join the Community, in which your webcam image and an avatar appear onscreen and you can chat with actors and other audience members. The Community uses the Gather platform, a video conferencing app that is proximity-based; if you’re close to another player, their picture and avatar shows up and you can chat with them; as you move farther away from them, their picture and avatar fades.

Forde says there are over 25 possible endings to the show, depending on what decisions the audience makes. Each show is about 50 per cent scripted, with the rest improvised. Just as in the immersive show Sleep No More, the performers have certain speeches and marks to deliver; beyond that, they must know their characters and their relationships intimately to do what they do.

And if you’re worried about how you’ll fare in either the Chamber or the Community, the “lobby” of the show will be open 30 minutes before performance time, with volunteers able to help you out.

Forde believes this kind of theatrical experience would work even post-pandemic.

“It’s about role-playing, interacting with others… there’s definitely a game aspect,” she says. “It’s definitely not a static experience. And it’s nice in winter when you don’t want to travel outside.”