Review: A Tonic For Desperate Times is a mixed brew 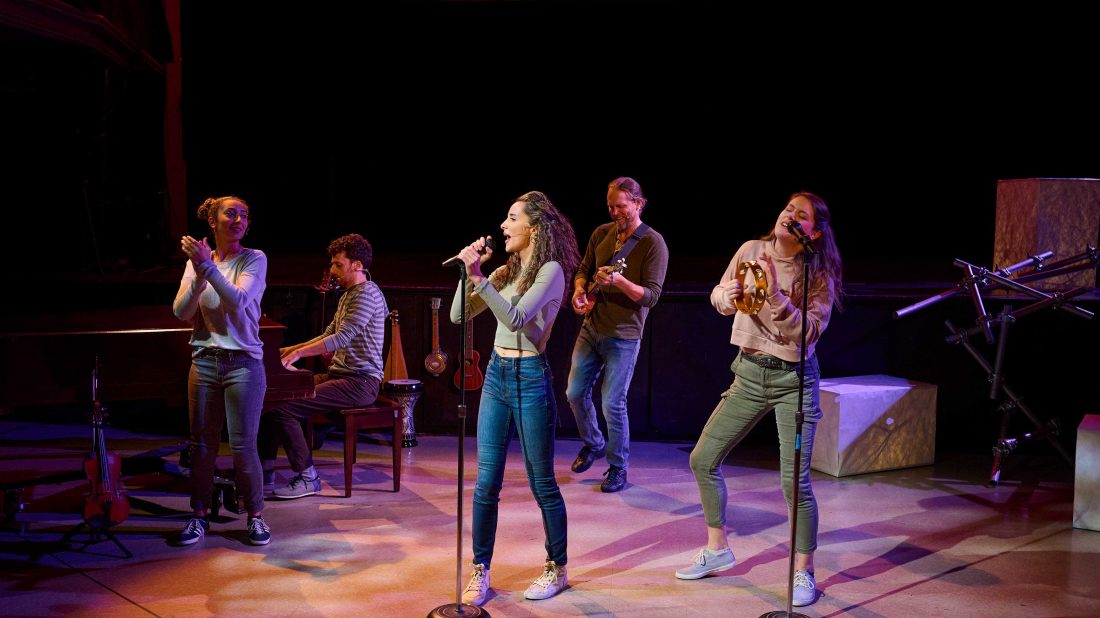 As we near the beginning of the end of the pandemic (arms jabbed, masks on, fingers crossed), many of us will be looking to art to find ways to heal. The earth is being destroyed, issues have become deeply polarizing and societal institutions have had to rethink how they’re run. Plus, there’s the economic, health and psychological toll of COVID-19 itself.

So Theatre Gargantua’s A Tonic For Desperate Times – which was developed over two years, before the pandemic even began – sounds like a gentle, soothing balm. And it is, up to a point.

Created and performed by the company, the work is, like other TG pieces, proudly multi-media, employing music, stories, video and movement to capture the unique moment we find ourselves in.

In one scene, a man (Nabil Traboulsi) is having a panic attack, while a stranger (Sierra Haynes) offers her earbuds to help him calm down; in another, a woman (Heather Marie Annis) knocks on a door beyond which her partner (Michael Gordon Spence) is dealing with a debilitating depression; and in another, a woman (Alexandra Lainfiesta) recounts a special relationship with an older man living with terminal cancer.

Individually, these vignettes aren’t as fleshed out as they could be, but together they provide a fascinating cross section of some current obsessions and anxieties. And director Jacquie P.A. Thomas ensures each scene is interesting to watch and hear; frequently, while someone is speaking, others in the ensemble will be playing instruments. (Spence’s set is dominated by what looks like a tree comprised of interlocking steel bars.)

One of the work’s overarching images is the murmuration – or flock patterns – of starlings, video projections of which are hypnotic. The company also explores the idea of fractals, but this concept doesn’t come alive with as much visual magnificence. Underlying both phenomena is the concept that things, and people, can intuitively work together. It’s an idea that is pleasant and reassuring, but until the ending, the company never finds a way to suggest it theatrically.

What the work lacks is a sense of momentum. Some sequences stand out – Spence recounting a miraculous episode in which he finds himself in hospital after suffering three seizures, Traboulsi sharing a story about bonding with his Lebanese nephew in Germany on the same day as the 2020 explosion in Beirut – but it’s hard to see what’s connecting them.

Still, the company’s heart is in the right place. And even though some conclusions feel trite, there are bound to be many people who relate to the show’s sense of hope and optimism.