Review: rihannaboi95 will haunt you in a way no live performance could

Jordan Tannahill’s video play about a high schooler’s obsession with Rihanna is urgent, relevant and powerful 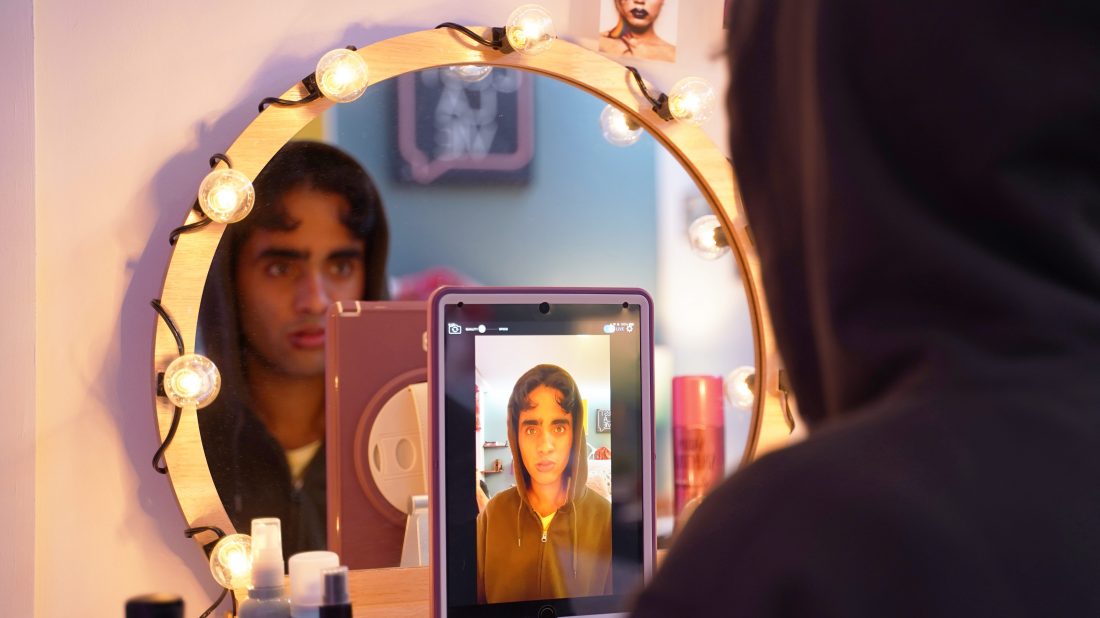 It’s hard to overstate the importance of Jordan Tannahill’s rihannaboi95, which has only become more relevant and powerful since it debuted, in a series of live streams from a bedroom, in 2013.

Sunny (Davinder Malhi) is a high school student who has logged into his Instagram account and begun streaming a confessional video from a tablet and a bedroom that aren’t his. Whose bedroom is it? And whose tablet? We will eventually find out. We will also find out why Sunny has a cut lip and keeps jumping at every sound he hears outside.

I’m using the pronoun “he,” because Sunny hasn’t told us otherwise. Adolescence is a time of confusion and figuring out one’s identity. Sunny simply knows he’s not like his boorish older brother King and his brother’s friends; he’s different, and he intuitively knows that to his family he’s a bit of an oddity, someone they don’t discuss with others.

Sunny’s current high-stakes predicament started with a simple assignment in civics class about responding to a world event. Inspired by the talent and success of Rihanna – who had survived Chris Brown’s assault on her – he decided to mimic the dance moves from several Rihanna videos. (Anita Majumdar is movement coach.) Soon he’s creating a series of TikTok videos, amassing a small but loyal audience of anonymous viewers. He adopts the titular handle; borrows his mother’s lipstick to enhance his performances. But real life eventually catches up to his online world.

I don’t want to give away too much of the plot, which involves a sympathetic teacher and explores the idea and importance of allyship and role models. Tannahill has carefully crafted the monologue to illustrate Sunny’s layers of denial and internalized homophobia.

Malhi creates an open, tender portrait of a desperately lonely youth who is hungry to express himself honestly and authentically. Director Tawiah M’Carthy and a fine design team bring out all the subtlety in Tannahill’s script – touching on class, privilege and opportunity. But most of the power is in the writing – the climax is almost unbearable in its intensity – and the presentation.

The medium is part of rihannaboi95’s message. The work’s ending, which might seem like a narrative cop-out, is perfectly in keeping with the world of TikTok and Instagram. It’s a celebration, a release, a fantasy. And the narrow vertical image will haunt you in a way no performance on a stage ever could.