NOW MagazineCultureTheatrePublicist Carrie Sager will see you on the FLIP side

Publicist Carrie Sager will see you on the FLIP side

Its the end of an era. FLIP Publicity, the citys premiere PR firm specializing mostly in the performing arts, is. 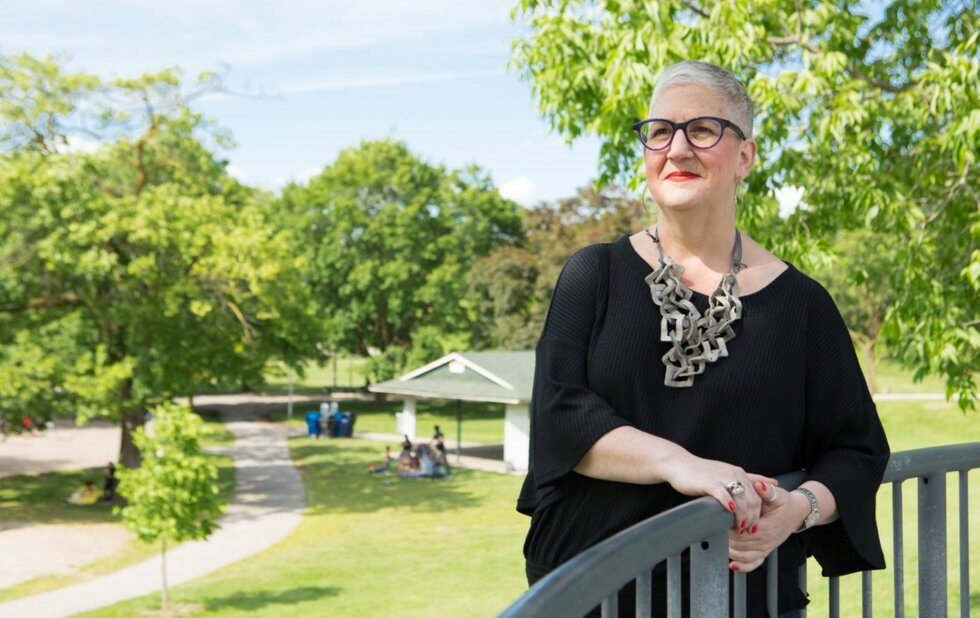 Its the end of an era.

FLIP Publicity, the citys premiere PR firm specializing mostly in the performing arts, is closing up shop at the end of the month.

Its been an amazing run, says Carrie Sager, the firms co-founder and, as she puts it, prez.

Sagers seen the citys theatre trends come and go, witnessed how technology has changed the media landscape and has had to cope with hundreds of egos all in the name of selling art.

In an interview in the top floor office of her Seaton Village home, she recounts some of the shows and companies her firm has represented: 20 years with Ross Petty Productions, the first 10 years of Soulpepper, 10 years of the Toronto Fringe, 15 years with clown duo Mump + Smoot, Coal Mine Theatre since its launch five seasons and two venues ago, 26 shows with Cirque du Soleil, eight years with Luminato, a national tour by the Kids in the Hall, Dancap, Buddies, Obsidian, Factory Theatre, the Doras. The list goes on.

Most recently, FLIP helped launch the Bentway under the Gardiner, which Sager describes as a great finish.

Essentially, if youve ever attended a live show in Toronto, you probably heard about it thanks to FLIP Publicity.

For those who arent in the industry, FLIP and other PR firms are basically the conduit between an organization and the press. In a press release (pre-internet, via time-consuming, costly snail mail), they tell us the who, what, where, when and why, and pitch us on preview articles and reviews. They also supply us with photos. Then we write, broadcast or blog about them so you know whats going on.

Always a talkative, genial presence on opening nights, or on the phone or email when setting up interviews or tickets, Sager has seen several generations of artists emerge and go on to major careers.

There have been ground-breakers like Mump + Smoot, Ronnie Burkett (I would love to produce a Ronnie Burkett retrospective puppet show, she says) and the iconoclastic Hummer Sisters shows produced by Deanne Taylor and VideoCabaret.

Sager tells me a story about Diane Flackss NOW cover from the early 1990s.

Jon [Kaplan, NOWs late senior theatre writer] had seen her show By A Thread at the Under The Umbrella Festival, and it did well, and Diane decided to self-produce a remount at the Poor Alex Theatre, she says. So when Jon called and said he wanted to do a cover, we were so excited that we went to the Future Bakery [now the Future Bistro in the Annex] in the morning and waited for the NOW truck to come so that we could see them toss it into the racks at the restaurant.

Its a publicists job, she says, to do research on the artists theyre handling. For instance, when she first worked with people like Daniel MacIvor and Daniel Brooks, she went back to research, before the age of Google, to see what theyd done before, which led her deeper and deeper into Canadian theatre history.

She got her start between university terms, when she was hired by a summer stock company in cottage country to be a stage manager her first love. She realized she also had to handle the companys PR, which included phoning the Owen Sound newspaper about shows. Later, a job opened up at the ROM for a PR intern, and she was hooked but she wanted to work in theatre.

A PR gig at Equity Showcase paid off because the productions attracted many indie artists who went on to start companies and do shows, and she was the only publicist they knew.

And then in 1990, publicists Dale Curd and Debbie Rix, who came from different arts fields, approached her and another publicist, Fran Hollywood, to form a conglomerate firm that would share office space, supplies and the expenses of a database.

They sat down at the Rivoli one night, discussed it and came up with the name FLIP PUBLICITY, which stood for freelance independent publicists.

Later on, Sager says, it unofficially became Fabulous Ladies in Publicity, and that felt better.

Obviously, in three decades, not every show has been a winner. Sager recalls duds like Bat Boy, which was so reviled it got written up by gossip columnist Shinan Govani. She also remembers watching a play called Brother Andres Heart with Crows Theatres then-artistic-director Jim Millan, and he turned to her and said, Its a dog, isnt it?

Sager diplomatically said the audience seemed to like it. So they countered the negative reviews with a savvy marketing campaign.

We called up famous friends like Moe Berg, Mump + Smoot and Atom Egoyan and asked them for quotes. And they gave us some nice quotes. And we ran them in the ads.

A few years ago, Garth Drabinsky produced a Broadway-bound musical called Sousatzka that was slaughtered by reviewers.

Afterwards, Sager gathered in Drabinskys office with the American advertising people hed hired in the lead-up to New York.

They were trying to appease him by telling him about the terrible reviews that The Phantom Of The Opera had received, and how West Side Story had closed and then reopened, she says. And finally I had to say, Gentlemen. There was no internet then. We will never escape these reviews. Ever.

Two years later, the show has yet to reach Broadway.

Being in regular contact with the citys critics, arts editors and talk show producers, Sager who last year let go her staff, some of whom had been with her for over a decade knows all of our dirty secrets: people who show up late, who RSVP at the last minute, who organize interviews and forget to tell her despite repeated requests whether a photographer will be coming along.

Media cutbacks, she says, have been a constant.

I feel like weve always been talking about them, and of course the arts is the first section to go because it doesnt generate the kind of revenue that the other sections get.

She bemoans the lack of copy editors. And it took her a while to get used to bloggers. Oh, youve got a webcam, so youre media now? she quips.

The newest trend, one she loathes, is emailing artists Q&As.

Its basically write your own interview, she says. Think about the person who isnt a natural writer, and now they have to be one. I proof and edit everything before sending it off. I made Jorn [Weisbrodt, the former artistic director of Luminato] sound literate for five years because English wasnt his first language. After I received his answers, I thought: Is anybody at Luminato vetting this before it goes to the writer?

And then theres the spat she had with a theatre reviewer they didnt communicate with each other afterwards for a year and a half.

Ive always said that the press can be as big a group of divas as the actors, she smiles.

A few years ago, Sager and her staff handled the media outcry at the Factory Theatre when, led by artistic director Nina Lee Aquinos experiment, the citys theatre critics were invited to review Factory shows a few days after the official opening.

Like most people working in the theatre, whats kept Sager going has been artists and producers intent and enthusiasm.

Tellingly, when someone once approached her to take on a childrens show because for every ticket sold to a child you had to sell another one for their parent, she turned them down.

I said, Get out. Buh-bye. I didnt want to work with people like that.

She had been thinking of shutting down FLIP ever since her parents died within four years of each other. Her mother had fought cancer for a decade, but her father, who had been her business and financial advisor, went to bed and didnt wake up. That was four years ago.

From that day forward, all I could think was, If you can go to sleep and not wake up, what are you doing with your life?

Shes unsure about her next steps.

I hope Im not leaving theatre. But there are important things happening in the world that I need to get involved with. Im a strong feminist. I would gladly walk women to their abortions.

But in the meantime, Im taking July and August off. Im going to have a summer, the first one since school.