ENTRANCES AND EXITS by the company (the Howland Company). At the Factory Mainspace. July 9 at 5 pm, July 12. 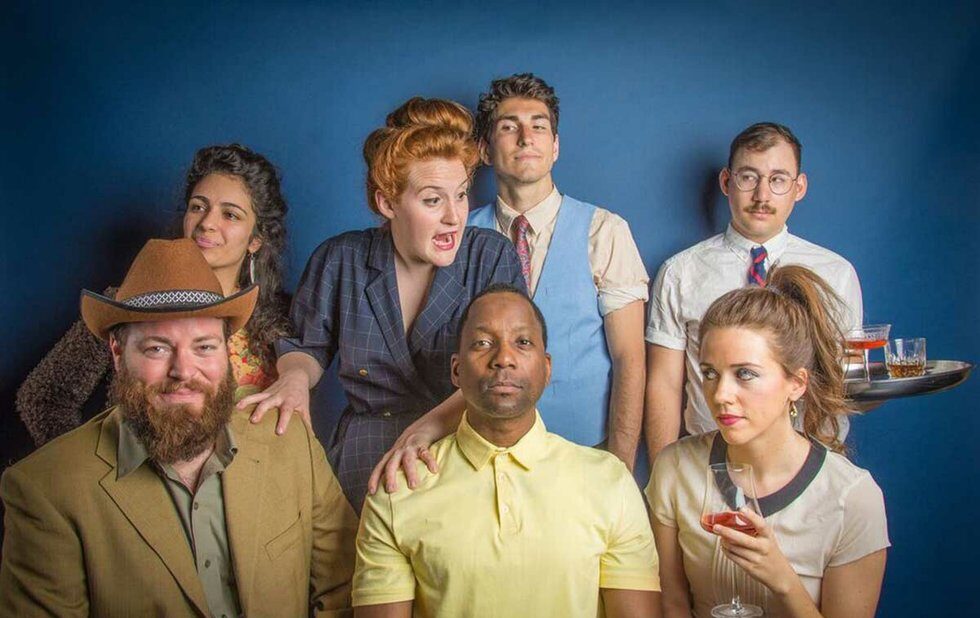 In Entrances And Exits, the Howland Company, along with Bad Dog Theatre, mount a classic British farce, but with a big twist. Taking their cue from Alan Ayckbourn’s The Norman Conquests, the troupe presents the first half in a house’s living room, with a door connected to the bedroom. Act two takes place simultaneously in that previously unseen bedroom, with all the titular entrances and exits that happened in the first part seen from a different vantage point. Oh yeah: everything’s improvised.

It’s a huge challenge, requiring ingenuity, imagination and a solid sense of timing. All of which this ensemble has in spades.

On opening night, running with the audience suggestions of a housewarming party and the sounds of a police siren, broken glass and a bear (yes, a bear), the company concocted a clever story about a separated couple (Conor Bradbury and Ruth Goodwin) who ran into each other at the housewarming party of a friend (Nigel Downer), eventually revealing secrets about affairs, pregnancies and a fetish for animal role playing.

Flipping some of the conventions of the genre instead of the usual scantily clad woman from British farce we got a scantily clad man (game newcomer Dylan Evans) the troupe, directed by Paolo Santalucia, had lots of fun with the format, making sure to set up character beats in the first half so they would pay off in the second.

Each member of the cast had some heavy improv lifting to do, with standouts Liz Johnston and Bradbury making it all look effortless, and Downer adding physical gestures so we got a good sense of the house’s geography.

Technical director Connor Low also played a sort of MC who, besides explaining the house rules, changed the set between the acts, getting big laughs from his deadpan statements.