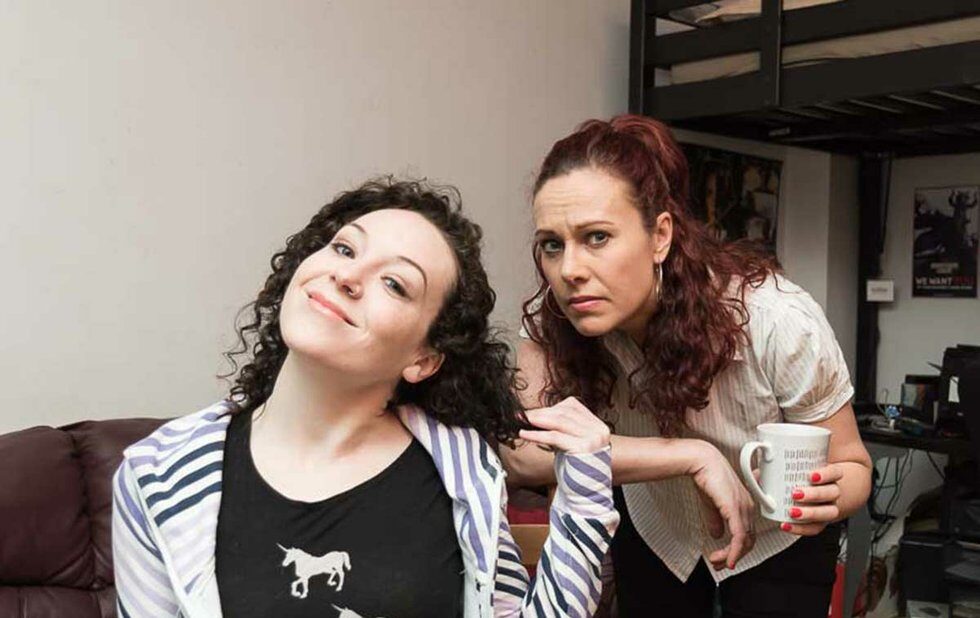 What will the children of todays social media celebrities be like? According to Danny Pagetts play Prank the answer is unhappy.

On the one hand, this seems understandable, but Pagett never asks why Ruthy shouldnt cash in on her parents fame as some recompense for their abuse. The argument between the sisters is more serious than humorous, more repetitive than enlightening. Its more like a cliched critique of present-day millennials than of life 20 years from now.

For a story set in 2038 its also odd that the plot depends on the two sisters being no more tech savvy than media neophytes today. While both actors turn in intense performances, Bartelses earnestness is no match for Penners sparkling insouciance.